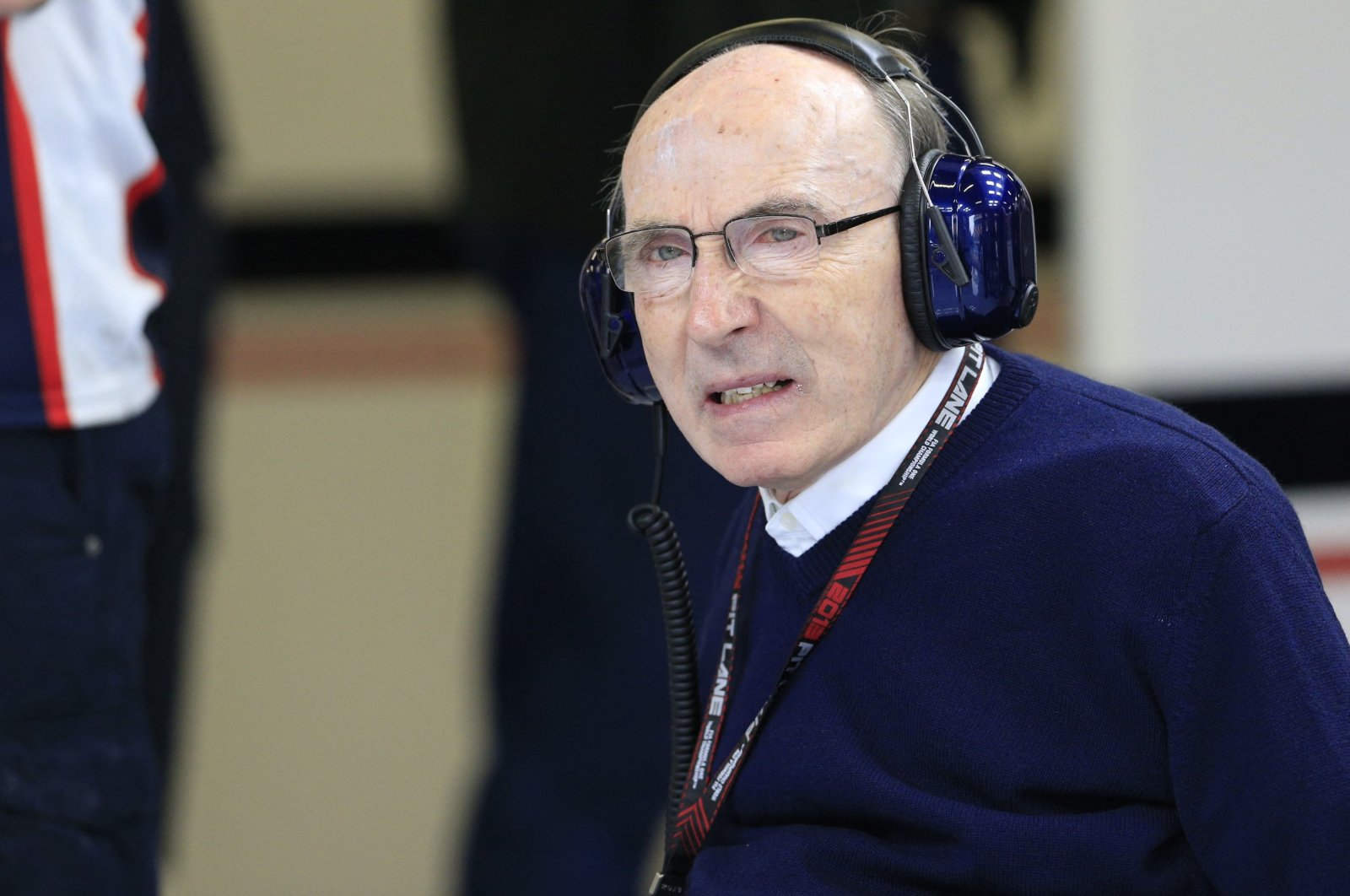 Formula One outfit Williams Racing's founder Frank Williams has died at the age of 79, the team confirmed Sunday.

The team won the F1 drivers' title seven times and the constructors' championship on nine occasions under Williams' stewardship, although the most recent triumphs came in 1997.

The Englishman stepped down from the board of Williams Formula One in 2012 and his family ended 43 years of involvement in the team last year, following its sale to Dorilton Capital.

Williams had used a wheelchair since being injured in a car crash in France in 1986.

"The Williams Racing team is truly saddened by the passing of our founder Sir Frank Williams," the team said in a statement.

"Sir Frank was a legend and icon of our sport. His passing marks the end of an era for our team and for the sport of Formula 1. He was one of a kind and a true pioneer.

"Despite considerable adversity in his life, he led our team to 16 world championships, making us one of the most successful teams in the history of the sport."

"Today, we say goodbye to the man who defined our team," he wrote. "Sir Frank was such a genuinely wonderful human being and I'll always remember the laughs we shared.

"He was more than a boss, he was a mentor and a friend to everybody who joined the Williams Racing family and so many others."

Formula One President Stefano Domenicali said Formula One had lost a "much-loved and respected member of the F1 family".

"He was a true giant of our sport that overcame the most difficult of challenges in life and battled every day to win on and off the track," he said

Today, we say goodbye to the man who defined our team. Sir Frank was such a genuinely wonderful human being and I’ll always remember the laughs we shared. He was more than a boss, he was a mentor and a friend to everybody who joined the Williams Racing family and so many others. pic.twitter.com/bWpFivpkmi

Keke Rosberg took the 1982 title, with five more captured in a golden period between 1987 and 1997, all after Williams' ill-fated 1986 dash to catch a flight in France and the car crash that left him paralyzed.

Williams steered Nelson Piquet to the following season's title, with Nigel Mansell and Alain Prost following up in 1992 and 1993.

Ayrton Senna, who had won three world championships with McLaren, joined for the 1994 season, only to lose his life in a high-speed crash at Imola.

The last Williams driver to win a world championship was Canada's Jacques Villeneuve in 1997.

The team's nine constructors' crowns place Williams second only to Ferrari in the all-time Formula One list. But the outfit has underperformed in recent years, consistently running at the back of the pack.