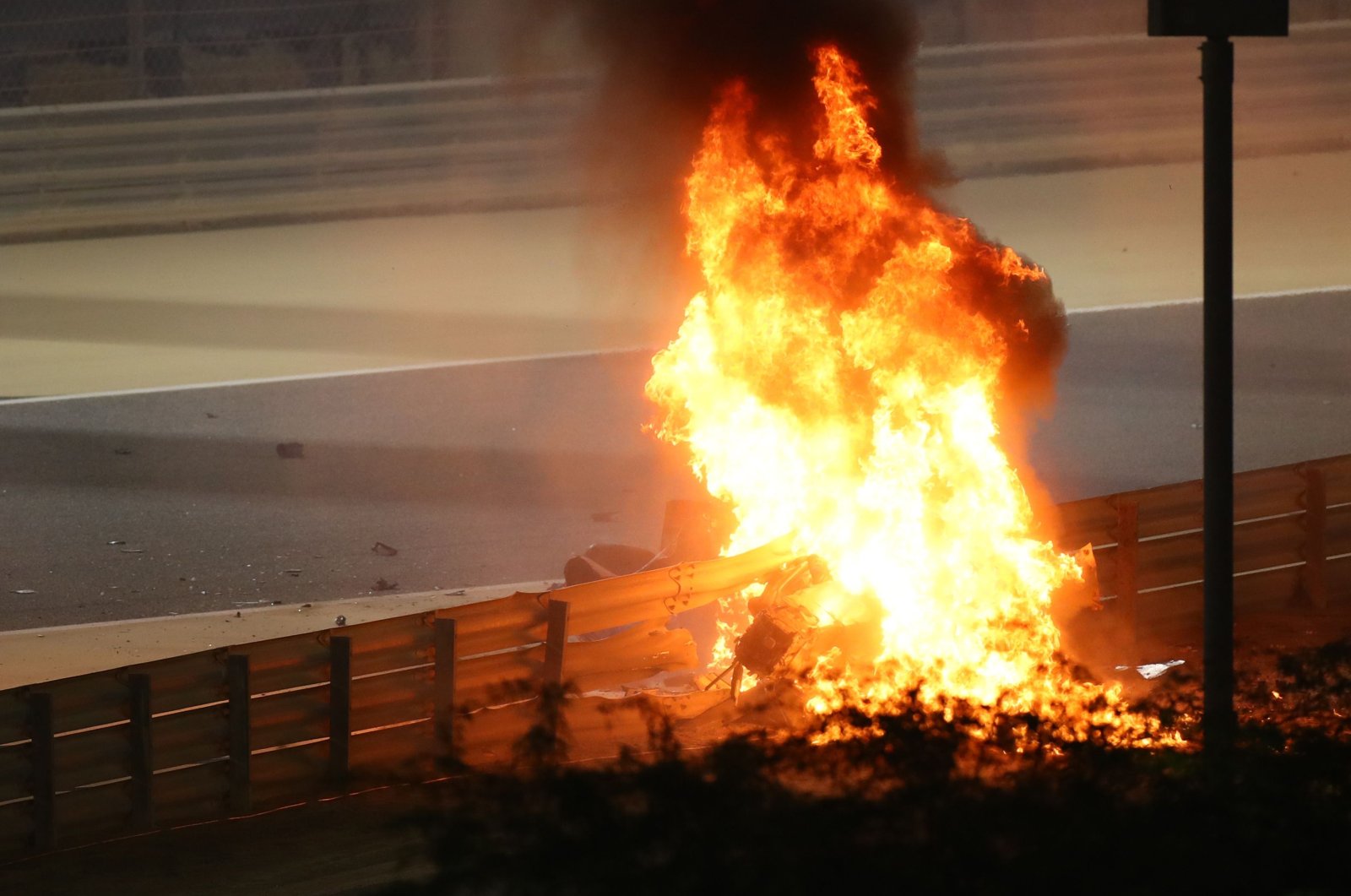 Romain Grosjean escaped a horrific first-lap crash at the Bahrain Grand Prix on Sunday when his car split in two and burst into flames.

The 34-year-old French driver slid off the track on the first lap and his Haas car burst into flames after being sliced in two by a barrier. Grosjean clambered out with the fire roaring behind him and his race helmet singed.

Moments later, Grosjean was shown on television chatting with the race doctor in the medical car.

Grosjean was then helped out of the car and into an ambulance. He appeared to be shaken but did not immediately seem injured other than a slight limp.

Drivers and team members stood and applauded as they saw the images of Grosjean climbing over the barrier to safety and being sprayed with a fire extinguisher.

It appeared an extraordinary escape after his car was sliced in half upon impact with the barrier.

The accident happened when Grosjean lost grip and slid to the right, where his back wheel clipped the front of Daniil Kvyat's Alpha-Tauri and flew off into the barrier.

The race was immediately halted with the red flag and the rest of the cars filed back to the pit lane.