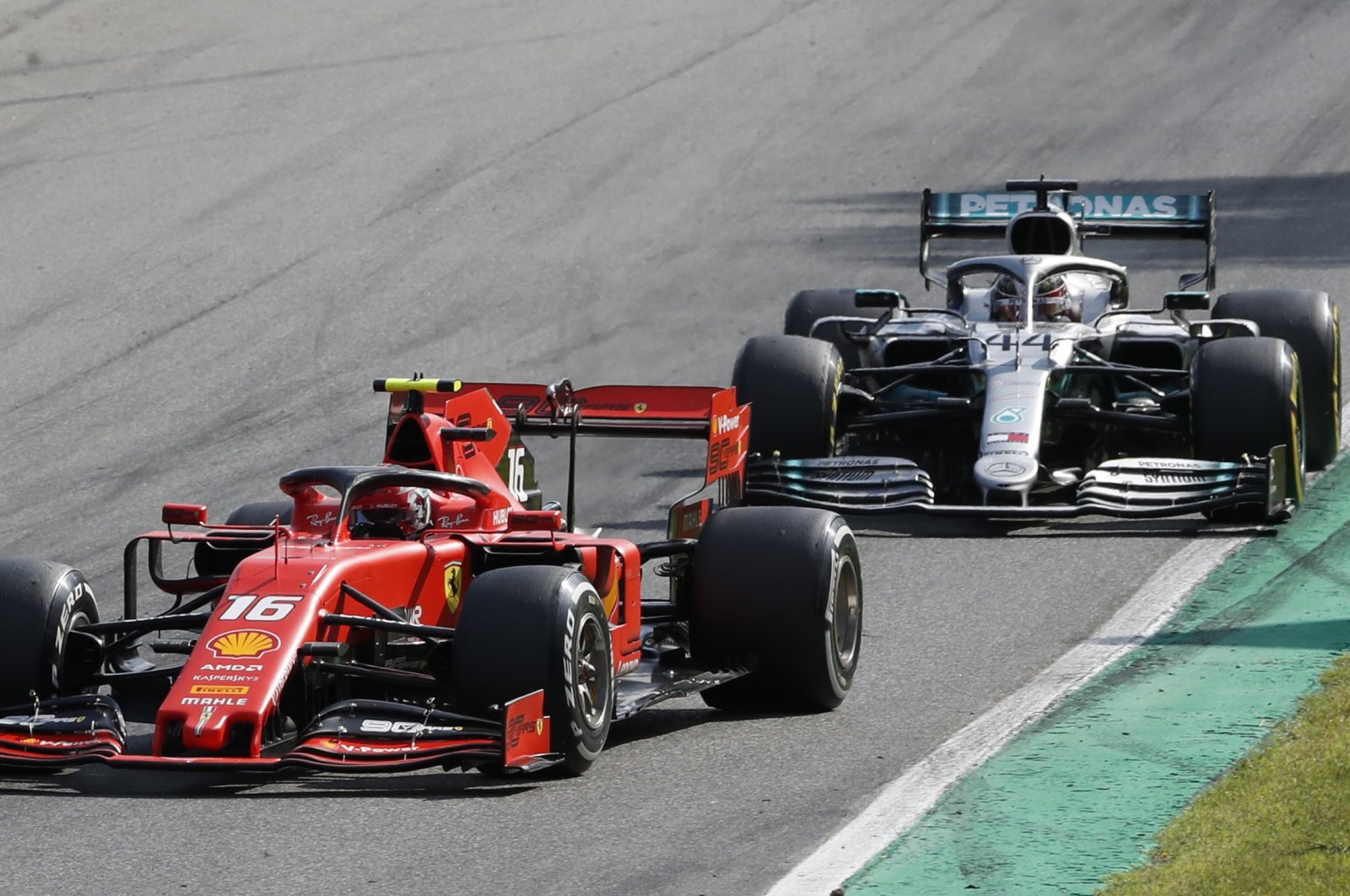 A win at Italian GP will put Lewis Hamilton one race away from Michael Schumacher's career total of 91 victories, while Ferrari heads for its worst-ever Monza performance in 70 years

Lewis Hamilton will seek to break more records and a few hearts this weekend when he bids to win the Italian Grand Prix for Mercedes while Ferrari, without its fans in attendance, hopes only to avoid embarrassment at their traditional home event.

The championship leader and six-time world champion Hamilton has won five of this year's seven races and is now within two triumphs of seven-time champion Michael Schumacher's career total of 91 wins as he demolishes the German's statistical grip on Formula One's peaks.

This weekend, he will be the favorite to claim his sixth victory in the old royal park, moving him one clear of the record five he now shares with Schumacher – and leaving him on 90 wins overall ahead of the Tuscany Grand Prix a week later, an event organized to celebrate Ferrari's 1,000th F1 race.

"I know the implications of the rule that’s come in to try and take away ... try to slow us down but I don’t think it’s really going to make a big difference," Hamilton told reporters of the engine mode change.

"Whatever is thrown at us we go to the drawing board, we hash it out, we communicate, we delegate and then we execute it. That’s what we do," he added.

"Keep throwing the punches, and we will do our best to return back just as hard."

Given his excellence this year, Hamilton will be expected to rule again, but he may face a serious challenge from Mercedes teammate Valtteri Bottas, as well as a threat from Red Bull's Max Verstappen, the only other drivers to have won this season.

Bottas this week revealed that Hamilton has raised his game in qualifying this year to a level that he is struggling to match.

"Lewis has been really consistent, not making any mistakes in qualifying," said the Finnish driver.

Hamilton has five wins from pole already in 2020 while his fastest lap last Saturday at Spa-Francorchamps prompted Mercedes team chief Toto Wolff to suggest he was "extraterrestrial."

Hamilton credited his new car and tuneups for his success. "This year, I have had to make a couple of adjustments, and with this car, it seems to work quite well," said the Briton.

"So now I am back to being able to produce qualifying laps that I was able to do before last year and on a more consistent basis."

For Ferrari, what would normally be an advantage could turn into an historic embarrassment.

After their dismal and pointless performance at last Sunday's Belgian Grand Prix, it is a nightmare scenario for Ferrari. Fifth overall and just two points clear of Renault, Ferrari is heading for its worst season in 40 years and could chart new lows in their traditional home race – this year the first of three in Italy.

Traveling back to Italy, Ferrari warned absent fans not to expect miracles.

"You have to be realistic, you cannot expect miracles. The package is what it is," said four-time world champion Sebastian Vettel after Belgian GP.

"We are not as strong as we would like to be so we need to stay optimistic and see the good things, even if at the moment there are not many," he said.

The “scarlet Scuderia” has won 19 of the 69 races to date, but will – if it repeats its Belgium performance – register a new first by failing to qualify a car in the top 10 on the grid and in the race.

Autodromo Nazionale Monza, usually referred to as just Monza, is famous as the "temple of speed," a track where outright power and straight-line speed are usually decisive.

A repeat, at a similar “power” circuit, would be a humiliation for a team that has lost engine performance since a confidential and controversial settlement with the governing FIA earlier this year.

"It is a circuit that is high power-sensitive," said Ferrari team boss Mattia Binotto.

"So it may change the balance of competitiveness in qualifying and we all know how important it is to start ahead on the grid."

In the circumstances, Vettel said it is "probably better" that there will be no fans at the behind-closed-doors event, his last race in red at Monza, as the German driver signed with Aston Martin for the next season.

"Don't get me wrong, it will be sad not to have the fans in Monza – it is the first time. For me, it would be so difficult to race in front of the Ferrari fans knowing it's my last time in red. So, in that regard, perhaps it is a little better this way," Vettel said.