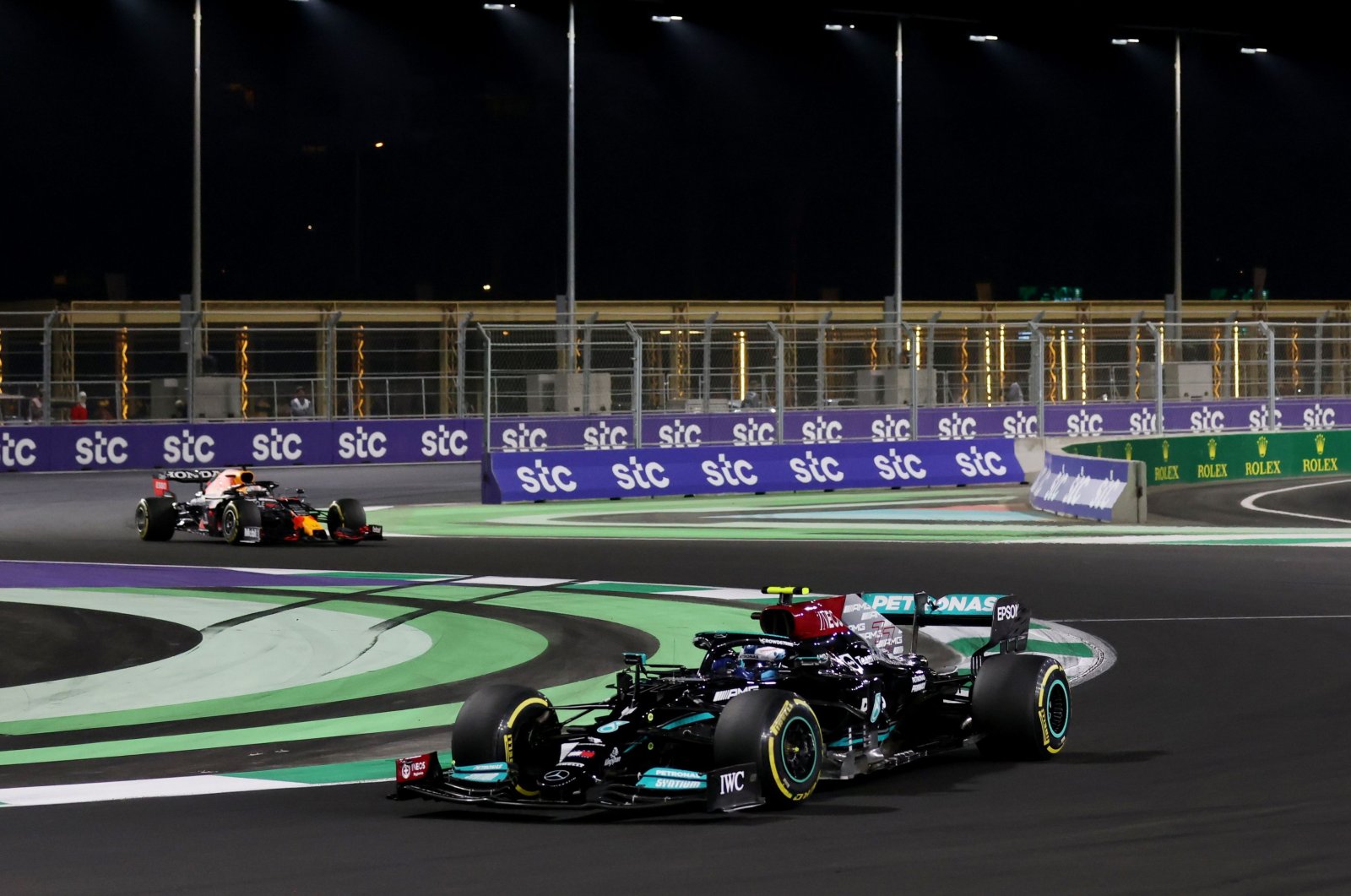 Mercedes driver Lewis Hamilton won the inaugural Saudi Arabian Grand Prix on Sunday after title rival Max Verstappen was ordered to hand him first place following a dangerous move as the Briton was poised to overtake.

In a dramatic race where the lead changed hands due to safety cars, a pit stop and two race restarts because of crashes on the twisting street circuit, Hamilton went level with Red Bull's Verstappen at the top of the standings before a final race in Abu Dhabi next weekend.

However, Verstappen may still face further punishment from the stewards. Hamilton had tried to pass Verstappen and after the pair touched, Verstappen was told to give his rival first place. Verstappen then slowed down so much when Hamilton tried to overtake again that they came into contact another time.

Verstappen was then given a five-second penalty for the original infringement and Hamilton, with a damaged front wing, went by to claim victory in a wild race.