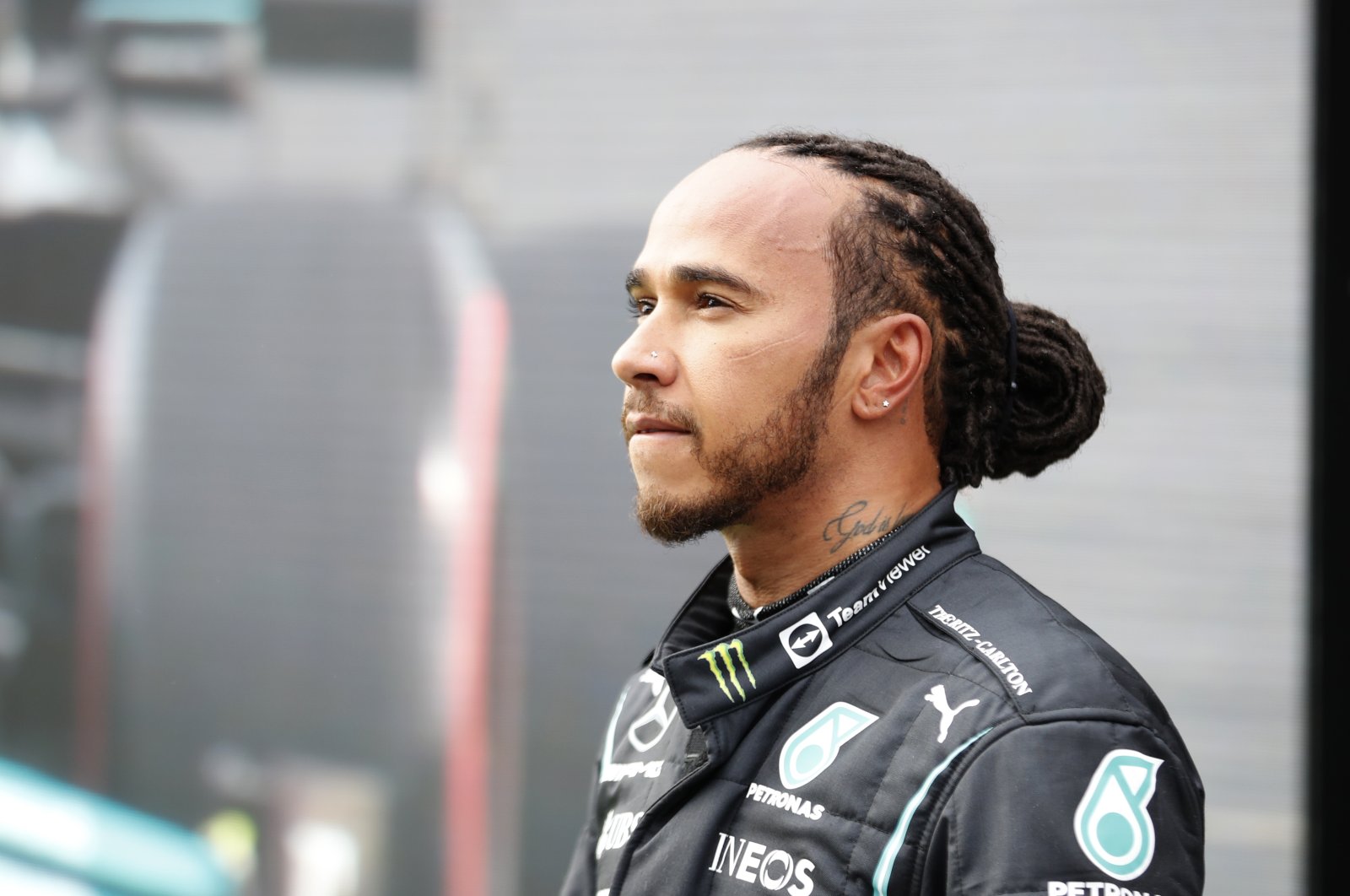 Mercedes driver Lewis Hamilton reacts to the crowd after the end of qualifying for the Formula One Turkish Grand Prix at the Intercity Istanbul Park, Istanbul, Turkey, Oct. 9, 2021. (AP Photo)
by German Press Agency - DPA Oct 21, 2021 11:15 am
RECOMMENDED

World champion Lewis Hamilton will be eyeing a sixth victory in Austin and a seventh overall Formula One U.S. Grand Prix title to reclaim the championship top spot from Red Bull's Max Verstappen.

Hamilton posted on Instagram how he recovered from the Turkish Grand Prix, in a cold chamber at around minus 100 degrees Celsius (minus 148 degrees Fahrenheit) to be fit for the heat of a dramatic title fight with Verstappen.

The British driver is expected to be on fire in Austin, where he has won five of the eight races contested there and clinched two of his seven world titles, in 2015 and 2019.

Victory is even more important this year because the spectacular 5.513-kilometer (3.43-mile) course with the uphill start and fast turns has favored his Mercedes team over Verstappen's Red Bull.

Verstappen is six points ahead of Hamilton in the championship and hopes to finally win for the first time on the Circuit of the Americas – after already being on the podium in third and second in the past.

"We have always been competitive in the U.S. and have got close to some good results so it's about converting that into a win now," Verstappen said.

"We go to every track now knowing that we can fight at least for a podium now, but also a win and that is different to past years.

"We are focused on doing the best we can and always trying to win the race, and that will be no different in Austin. It will be another close battle this weekend and I am looking forward to that.”

The title race is expected to go down to the wire and the Dec. 12 finale in Abu Dhabi, and although admitting to hating the cold spending time in the chamber is just one of Hamilton's methods to stay fit and be ready for the duel.

"Training is essential but recovery and taking care of your body is even more so," he said in the caption accompanying the video.

Hamilton was initially upset about being called to the pits late two weeks ago in Turkey which made him finish fifth and handed the championship lead back to second-place finisher Verstappen.

But he will have gotten over it come the Austin weekend where neither of the top two appears to be facing another grid penalty for power unit changes, as Verstappen did in Russia and Hamilton in Turkey.

That could minimize the danger of not finishing owing to technical problems which could be disastrous in the tight title race.

"It is going to be very tight until the end. DNFs are going to make a big difference," Mercedes motorsport chief, Toto Wolff, has said.