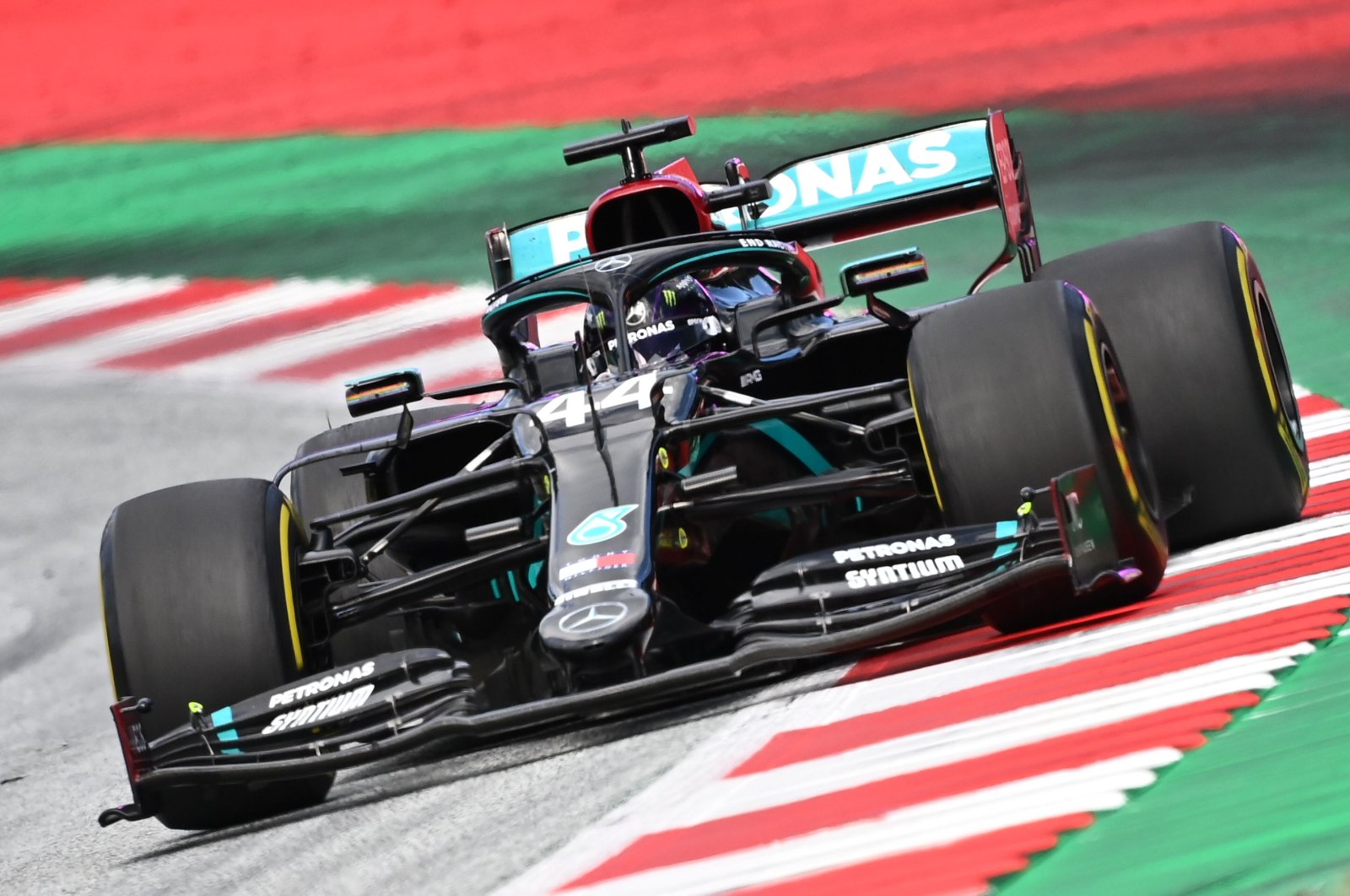 Winning seven races in Budapest, another victory at the Hungarian GP on Sunday will put Lewis Hamilton on par with F1 legend Michael Schumacher’s record for wins at a single track

Victory this weekend in Hungary would move Lewis Hamilton within five of Michael Schumacher's record 91 Grand Prix wins, and also tie the Formula One great's record for wins at a single track.

Given how well Hamilton drove last weekend to win the Styrian GP in Austria, few would bet against the British driver securing an eighth success at the tight and winding Hungaroring on Sunday.

Schumacher currently holds the one-venue record with eight wins at the French GP, when it was staged in Magny-Cours. Schumacher's first win there was in 1994 – when Hamilton was embarking on a junior karting career that would eventually send him to F1 – and his last was in 2006.

“Every time I’m reminded of the records Michael has, it’s just mind-blowing to me," Hamilton said. “How many wins, how many championships. Record after record. I’m constantly reminded of his greatness and of the success that he had.”

Hamilton's first win at the Hungarian Grand Prix was in 2007, the year after Schumacher's last in France. Their careers seem inter-linked.

Hamilton's first win as a Mercedes driver was also in Hungary in 2013 – the year he replaced the retiring Schumacher at Mercedes. In another parallel, his win that year equaled Schumacher's then-record of four wins at the Hungaroring.

“I’ve always loved it in Hungary. I don’t know why (but) there are tracks that we excel on," the 35-year-old Hamilton said. "Budapest and Montreal have been my strongest, particularly at the beginning of my career.”

Hamilton is now chasing Schumacher's record of seven F1 championships, having won every year since 2014 except for when his former Mercedes teammate Nico Rosberg won in 2016.

Few could have predicted how the paths of two F1 stars would differ.

With Sebastian Vettel driving, Red Bull dominated the way Mercedes is dominating now. Vettel won a staggering 13 races in 2013 – including the last nine – to seal a fourth straight title.

Most observers expected him, and not Hamilton, to be the one breaking Schumacher's records. But the opposite has happened.

Hamilton looks almost untouchable as No. 1, as he showed with pole position last Saturday in the teeming rain in Austria. It was a record-extending 89th of his career – 21 more than Schumacher – and one of his best ever.

Vettel’s star has completely faded and he is struggling in his final year with Ferrari, and possibly his last ever in F1.

So far he has just one point from two races, including 10th place at the season-opening Austrian GP, and things are not looking up considering how much Ferrari is struggling for pace in qualifying.

Ross Brawn was technical director on all seven of Schumacher's titles – which includes all five with Ferrari. Those days are long gone, and the situation now is one of mounting concern rather than the overwhelming confidence of back then.

Vettel and Charles Leclerc crashed into each other in two of the past four races, including on the first lap of last weekend's Styrian GP. Speculation is rife in Italy as to whether Ferrari can arrest the slump with team principal Mattia Binotto in charge.

“One of the biggest problems for Ferrari is that, of all the teams on the grid, they come under the closest scrutiny from the media, particularly in Italy,” said Brawn, who is now F1's managing director for motorsport. “I know from my own experience that the media pressure in Italy can be incredibly intense, and you have to make sure it doesn’t get to your people.”

The pressure is increasing on Binotto, who seems at a loss on how to stop the rot.

“They aren’t going to turn it around overnight, and there’s a long road ahead of them," Brawn said. "They need to find out if there is a fundamental problem with the car – and they need to find out fast – because clearly they are some way off the pace.”