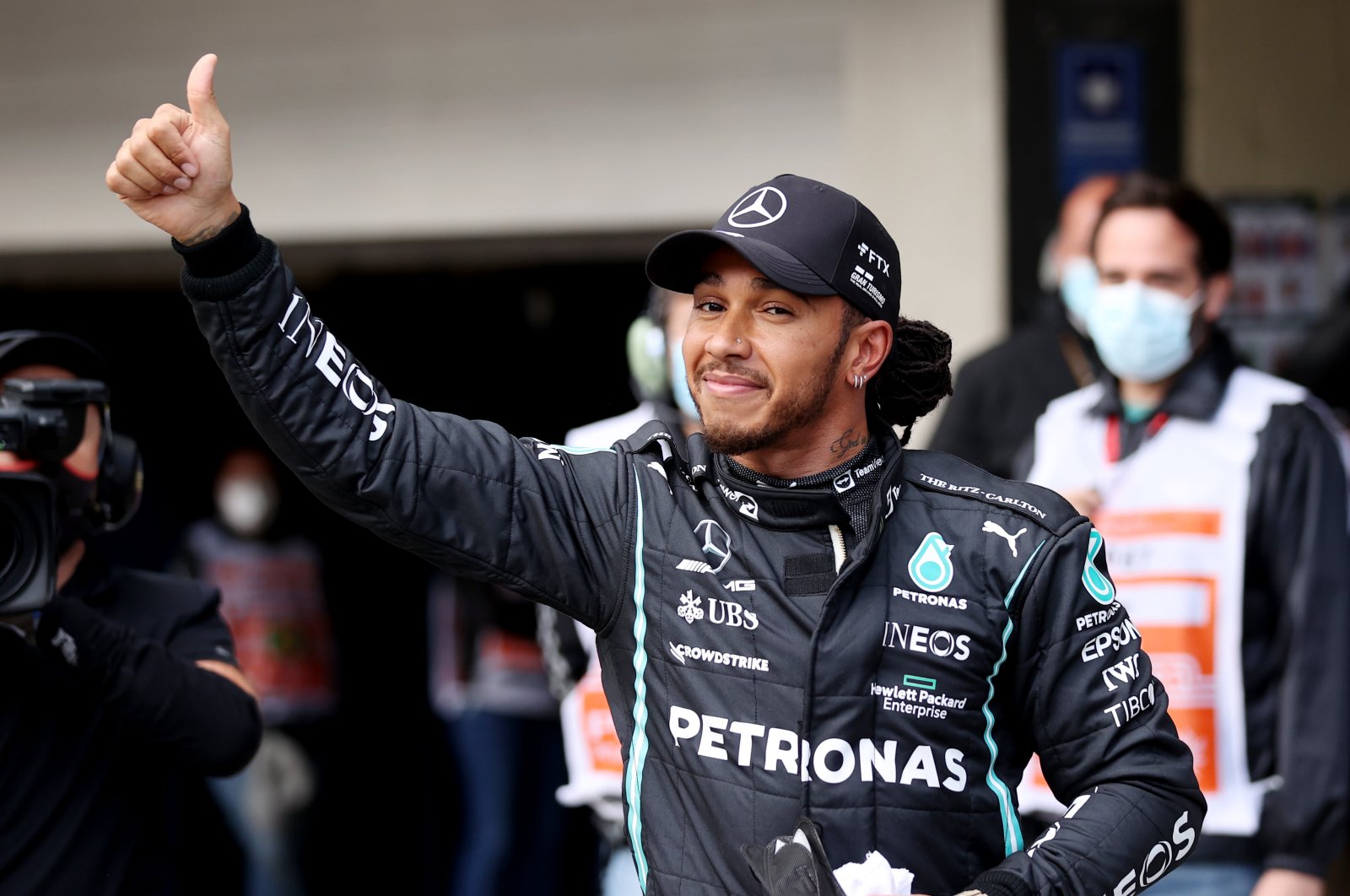 World champion Lewis Hamilton on Friday dominated the qualifying round for the sprint race at the Brazil Grand Prix but title rival Max Verstappen will be right on his shoulder on Saturday.

Red Bull's Verstappen has a 19-point lead over the seven-time world champion, who will take a five-place grid penalty on Sunday after the engine was changed on his Mercedes.

"I'm so happy to be back in Brazil. Just a big thank you to all the team, they've been working flat-out. Today was a really good qualifying," said Hamilton.

The Briton posted a fastest time of 1min 07.934sec, four tenths quicker than his Dutch rival.

The 24-lap sprint race on Saturday will determine the starting order for Sunday's race at Interlagos. The winner receives three points.

"When they take a new engine naturally, they have a bit more power for the weekend, so for me it's not a big shock," said Verstappen.

"I'm just happy to be second."

Earlier Friday, Mercedes announced that Hamilton would be penalized five places on the grid for Sunday's race after is fifth new engine of the season.

"Lewis has taken a new Internal Combustion Engine for this event – his fifth of the season – and will take a five-place grid penalty for Sunday's #BrazilGP," his Mercedes team tweeted.

His latest five-place penalty, however, will not apply in Saturday's sprint.

Despite the impending penalty, Hamilton was also fastest in opening practice with Verstappen at 0.367sec behind.