Hamilton ready to take on 'new generation' again in 2021 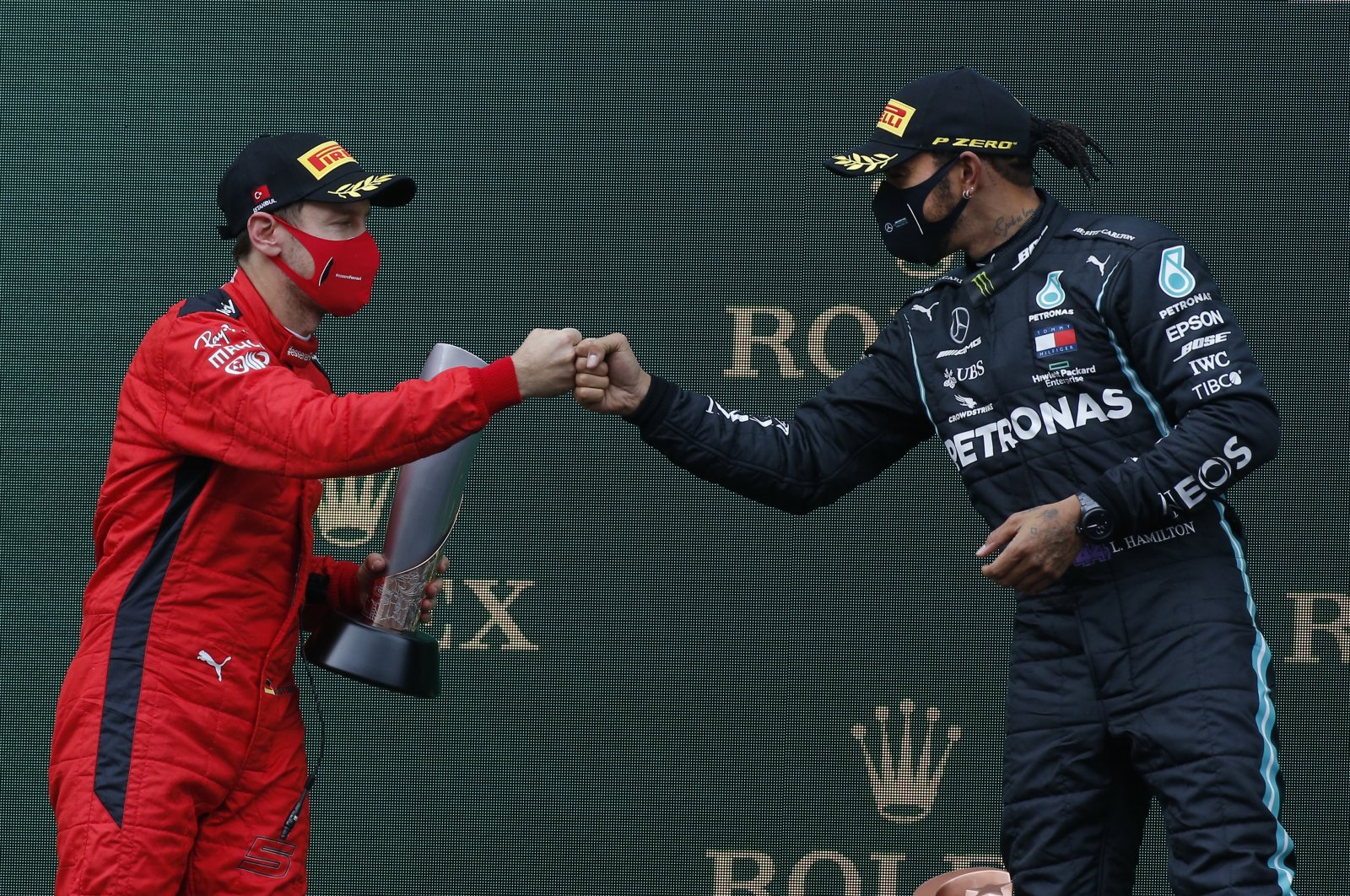 Lewis Hamilton and his Mercedes team will face a ferocious new challenge from their rivals next season when he begins his pursuit of a record eighth world title.

After a dismal season that has seen them fail to register a win, Formula One's most famous team, Ferrari, will invest heavily in bouncing back while Red Bull, who have been closest to matching Mercedes, seek more consistency and speed to close the gap.

For the newly crowned seven-time champion, who has taken strength from his noisy support for human rights and global welfare, it will mean a rigorous tussle for his crown with the "new generation" of drivers led by Max Verstappen and Charles Leclerc.

On Sunday, both younger men fell prey to their relative youth and made mistakes while Hamilton, making full use of his experience and maturity, produced a flawless drive for a remarkable triumph that brought him to tears.

"When I came across the line, it really hit me and I just burst into tears," he told reporters.

"I didn't want the visor to come up and people to see the tears because I always would say you will never see me cry."

"I remember watching other drivers cry in the past and I was like 'I am never going to do that', but it was too much..."

Hamilton's old rival and friend, four-time champion Sebastian Vettel, may also emerge as a threat with his new team, Aston Martin, if the potential shown this year by the former Racing Point outfit can be realized.

Sergio Perez, who is due to relinquish his seat to Vettel next month, finished second ahead of the German's Ferrari on Sunday.

The most likely scenario, however, is a repeat of the Briton's supremacy with Mercedes on top and teammate Valtteri Bottas mounting another bid for the title.

Their rivals may run them hard and close, but with a package of new regulations due in 2022, next season is unlikely to offer the same opportunity for a reset.

Mercedes will also have one eye on the future when the racing restarts in Melbourne in March and they may be vulnerable, but in Hamilton, as the Turkish Grand Prix proved again, they have the race in the Formula One pack, regardless of age.

Since he recovered from losing the 2016 title to then-teammate Nico Rosberg, Hamilton has reeled off four consecutive title triumphs to become the sport's most successful driver in terms of numbers.

His victory in treacherous conditions from sixth on the grid at Istanbul was one of his very best and brought him another record formerly held by Michael Schumacher: most wins by a driver with the same team – 73.

The German won 72 times with Ferrari, but Hamilton passed that mark on the same day he equaled his titles total and did so in 26 fewer races. He also holds records for most wins, poles, podiums and points finishes.

Verstappen, hailed as the sport's next mega-star, acknowledged that weight of evidence in a tribute to the Englishman after his own error-strewn weekend confirmed he remains a work in progress.

On Sunday, however, Hamilton warned that he felt like he "is only just getting started," explaining that the Black Lives Matter movement has given him energy and purpose.

At 35, as his sport's first and only black champion, he has become the face, voice and conscience of Formula One and is using that platform to support the issues that have ushered in promises of change this year.

"When I was younger, I didn't have anybody in the sport that looked like me so it was easy to think that it's not possible to get there because nobody of your color has ever been there. You don't see any black people in F1," Hamilton said.

"Hopefully, this sends a message to the kids that are watching ... that it doesn't matter where you come from, whatever your background, it is so important for you to dream big."

"You can create your own path and that is what I have been able to do – and it has been so tough."