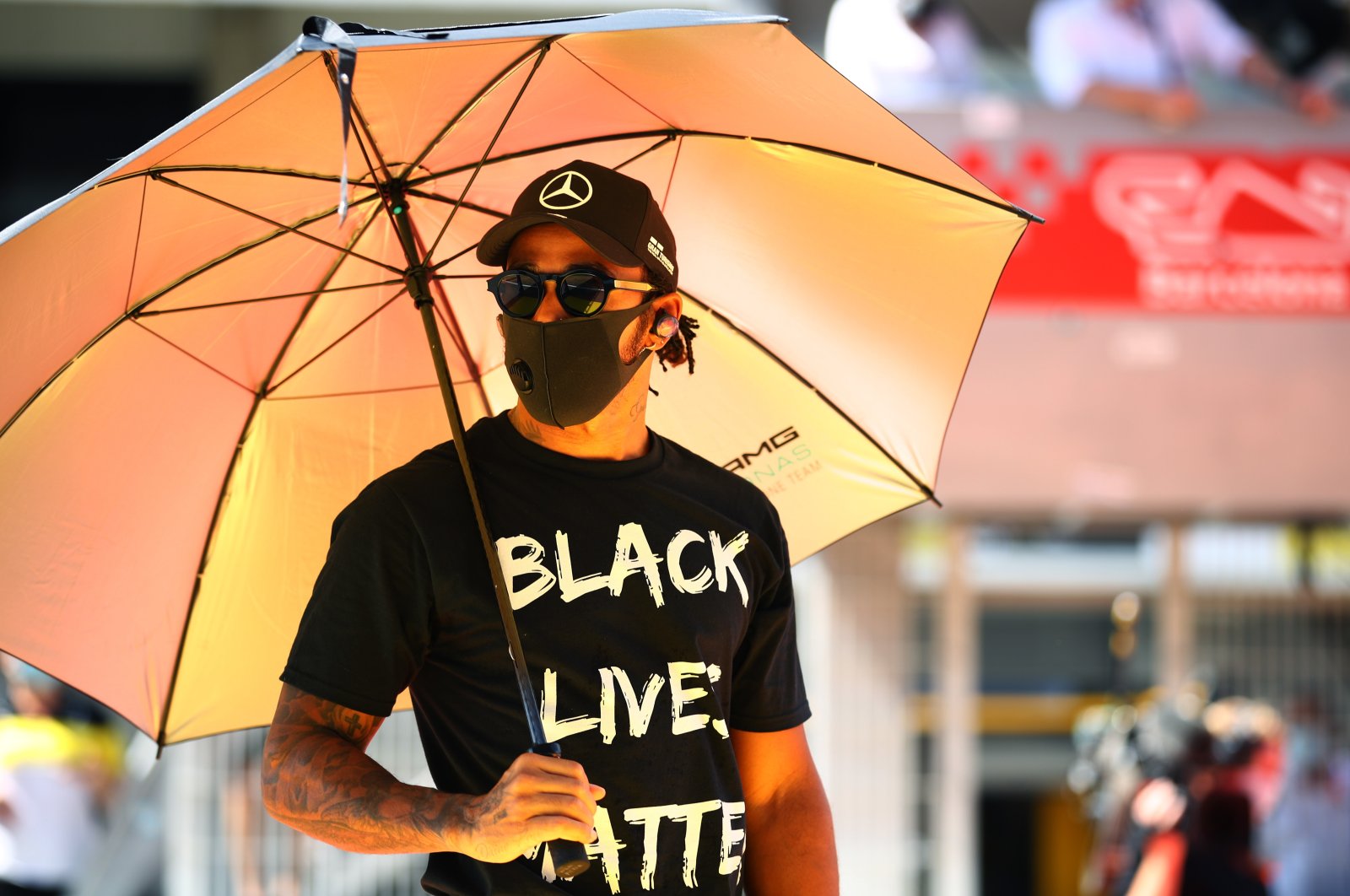 Before he became a legend, Formula 1 great Lewis Hamilton was cruelly subjected to bullying when he was 6-years-old, with bananas being hurled at him in a racially-motivated attack at school. The seven-time champion, who is the only Black driver in F1, called his school days the most traumatic of times.

"For me, school was probably the most traumatizing and most difficult part of my life. I already was being bullied at the age of six. I think at the time, (at) that particular school, I was probably one of three kids of color and just bigger, stronger, bullying kids were throwing me around a lot of the time," Hamilton said in an interview for the On Purpose podcast, which was released Monday.

Born and educated in Stevenage, England, Hamilton described how racial abuse continued during his school years, along with the utter isolation and confusion he felt.

"And then constant jabs (jibes), the things that are thrown at you, like bananas, people that would use the N-word so casually. People calling you half-caste and just really not knowing where you fit in. That for me was difficult, and then when you go into history class and everything you learn in history there are no people of color in the history they were teaching us. So I was thinking, ‘Where are the people who look like me?’" the 38-year-old Hamilton told the podcast show.

Hamilton said even figures of authority would pick on him. "There were only around six or seven Black kids out of 1,200 kids and three of us were put outside the headmaster’s office all the time. The headmaster just had it out for us and particularly for me I would say. I was put in all the lowest sets at school and told that if you do well you can progress. They never ever let me progress, no matter how hard I tried. I really felt the system was up against me and I was swimming against the tide," he said.

Hamilton said he felt the bitter pain of exclusion, even at times of recreation.

"I was always the last picked, you know when you are standing in a line, when they are picking teams for football. I was always the last one chosen or not even chosen. Even if I was better than somebody else. Just juggling all these emotions that you're feeling, plus I struggled at school. I didn't find out until I was 16 that I was dyslexic,” he said.

Hamilton described how he bottled up his pain and put on a brave face when he got home. "There were a lot of things that I suppressed. I didn’t feel I could go home and tell my parents that these kids kept calling me the N-word today, (that) I got bullied, beaten up at school today, or I wasn't able to defend myself. I didn’t want my dad to think I was not strong and so if I had tears I would hold them back, if I had emotions it would be in a quiet place. It wasn't really until I started racing that I was able to channel this emotion that I had into my driving,” he said.

Hamilton is F1's record-holder with 103 Grand Prix wins and 103 pole positions, and shares the record for most F1 titles with fellow great Michael Schumacher. The Mercedes star, who did not win a Grand Prix last season, begins his quest for an eighth F1 title when the season begins in Bahrain on March 5.

In recent years, Hamilton has distinguished himself away from the track, campaigning tirelessly to fight racism and urging others in F1 to speak out more. Hamilton set up "The Hamilton Commission” to improve F1′s diversity, and has also been outspoken on human rights abuses in countries where F1 goes racing.