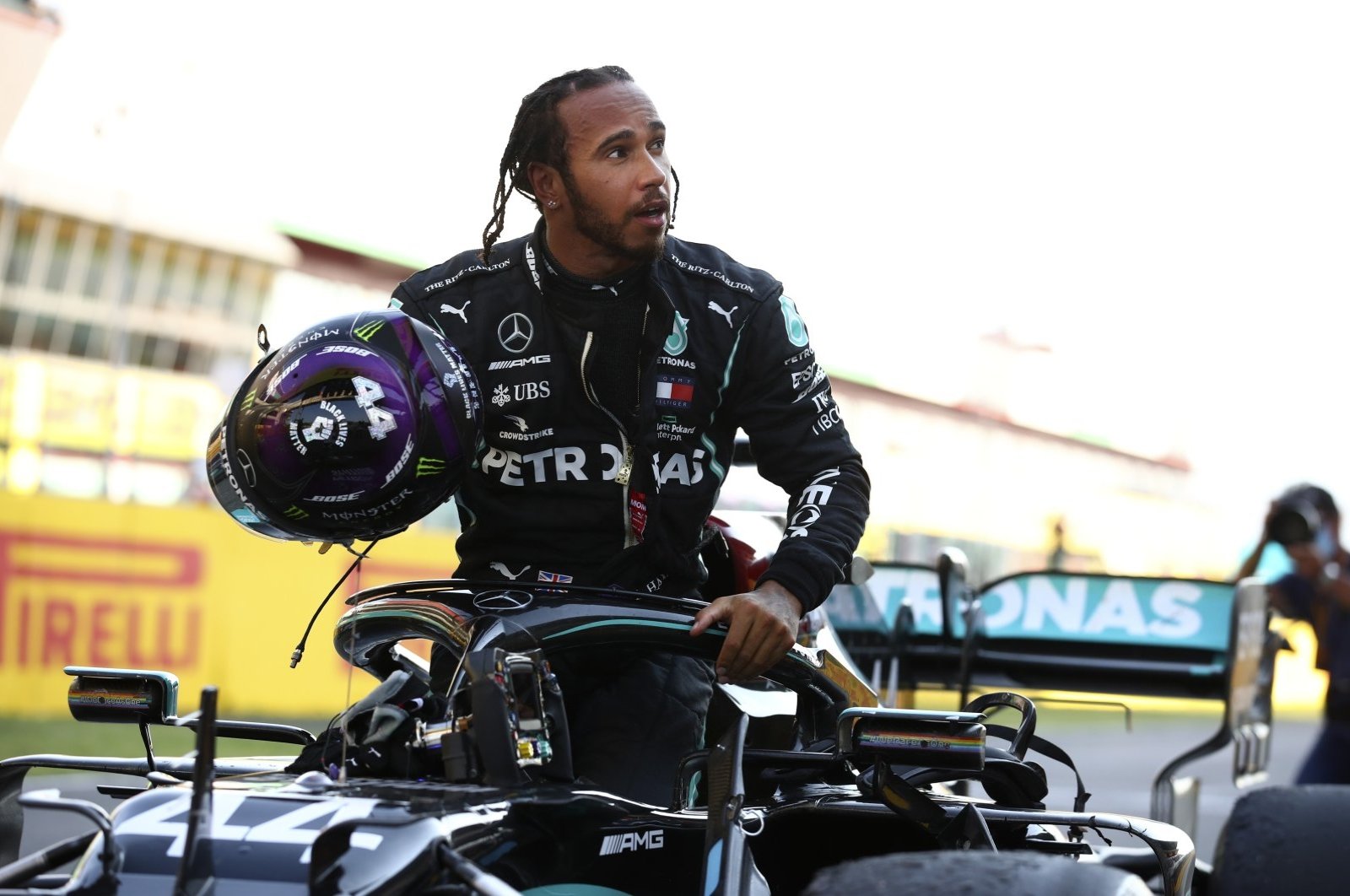 As Formula One returns to Germany's Nurburgring track, Lewis Hamilton is back in the seat for a second attempt to break a record of wins by racing great Michael Schumacher

Three names synonymous with glory and success will grab attention for contrasting reasons this weekend when the once-legendary Nurburgring hosts a Formula One race for the first time in seven years.

Lewis Hamilton will be seeking, at the second attempt, to equal Michael Schumacher's record of 91 wins while the seven-time champion German's son Mick is set to make his F1 debut in Friday's opening practice with Alfa Romeo.

Alongside them, Sebastian Vettel – the last winner at the historic venue in 2013 – will be bidding to avoid any banana skins as he embarks on his closing chapter with Ferrari, having admitted Wednesday that his spell with the Italian team has been a failure.

All three men and the rest of the traveling F1 circus are expected to face severely cold conditions with rain and low temperatures forecast for the weekend's inaugural Eifel Grand Prix.

For Hamilton, there is more at stake than a chance to claim another record as he presses on in pursuit of equaling Schumacher's haul of seven drivers' championships.

After his disappointment at the Russian Grand Prix, where he was handed two controversial five-second penalties on his way to a fighting third and a subsequent outburst, in which he claimed there was a conspiracy to slow him down, he will be seeking to reclaim his dominance and dignity.

Like Vettel, he is a former winner at the track which, in a previous incarnation as the feared "Nordschleife," witnessed the birth of the "Silver Arrows" in 1934, when Manfred von Brauchitsch won the International Eifel Race.

Hamilton triumphed in 2011 with McLaren, powered by a Mercedes engine, but he has not claimed victory in the Eifel mountains since joining the current Mercedes works team.

Mercedes have registered only one F1 win at the venue – delivered on the daunting "old" circuit by Juan-Manuel Fangio in 1954 – and may not find it easy this weekend despite their absolute dominance since the start of this COVID-19 affected season.

Hamilton goes into the race with a 44-point lead in the drivers' title race ahead of teammate Valtteri Bottas, who won in Sochi two weeks ago and remains determined to close the gap on the six-time champion.

"I won't give up, and we'll keep pushing," he said, mindful that Hamilton is expected to react to his testy defeat in Russia, since when the defending champion has kept a low profile, with a typically inspired display.

Formula Two championship leader Mick Schumacher will not be the only one of Ferrari's junior drivers in action at the German circuit as his rival and colleague Briton Callum Ilott is due to drive for Haas on Friday morning.

Schumacher, 21, said it will be a special experience to make his debut on home German soil. He leads Ilott in the F2 title race and both will be vying to impress in the hope of landing an F1 seat next year.

Ahead of his debut, Vettel gave Schumacher a warm welcome. "It was surreal to see him in his father's Ferrari at Mugello," he said. "He is just a nice young man and, knowing who his father is, and what he meant to me, it was very special."

"This situation is very difficult for him, but I think he is coping with it in a mature way for someone so young," he said.

Schumacher added: "It looks like it is going to be wet – every time I test a new car, it is always wet! I hope I can do a few laps and do my best."

Vettel, who regarded Michael Schumacher as his racing hero, said he had failed at Ferrari because he failed to win a title. "That was my mission," he said. "So, I have failed. I didn't manage to do that."

His former team Red Bull is likely to mount the main challenge to Hamilton and Bottas, in their 2020 "black arrows" cars, with Max Verstappen leading the way just days after engine supplier Honda announced it will withdraw from F1 next year.