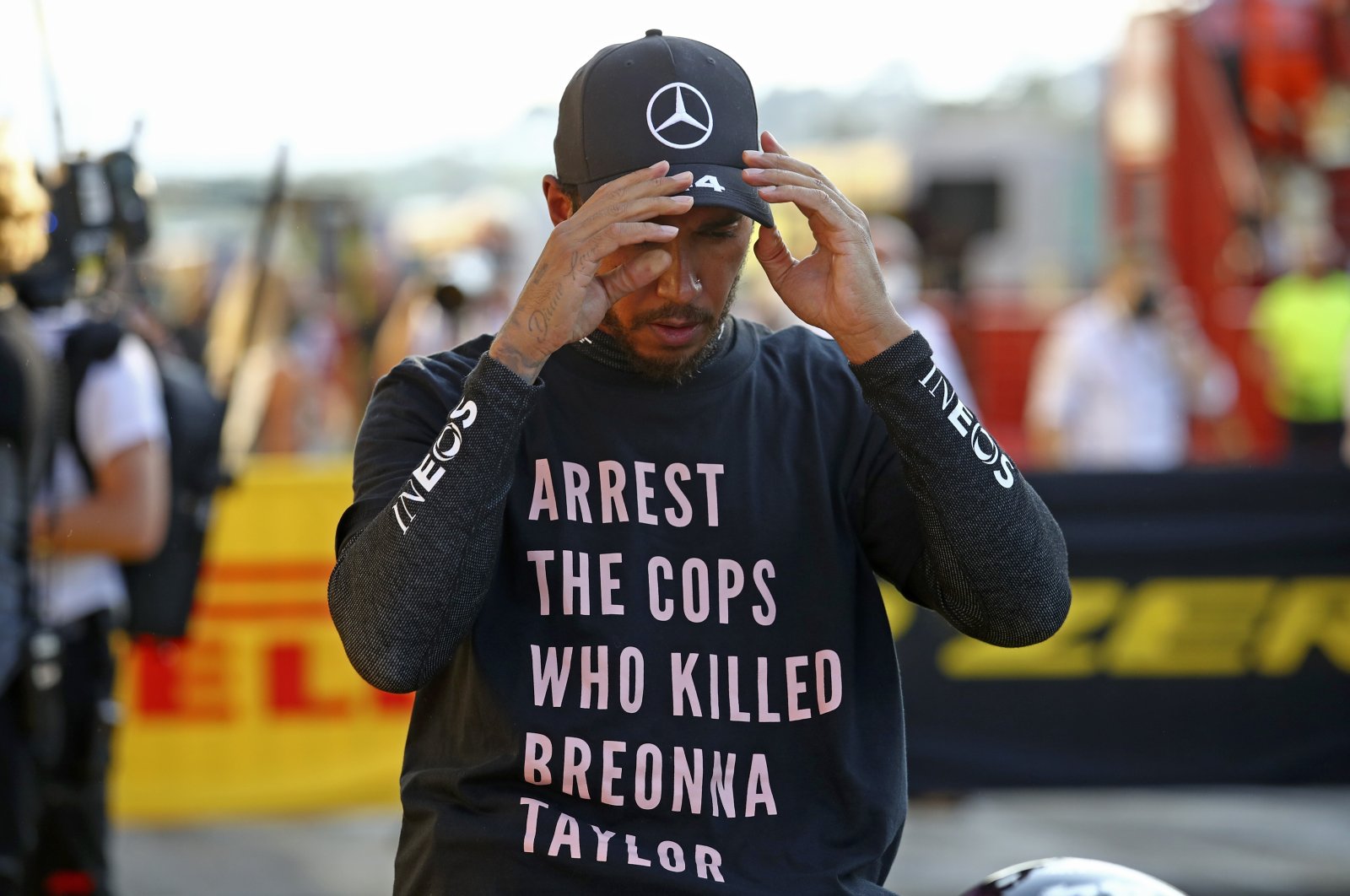 Six-time Formula One world champion Lewis Hamilton said he would not let up on using his platform to campaign for racial justice as the sport's governing body confirmed there would be no investigation into his actions at the Tuscan Grand Prix.

The Mercedes driver wore a black T-shirt on Sunday declaring "Arrest the cops who killed Breonna Taylor" on the front of it and "say her name" on the back over a photograph of the slain emergency room technician.

In a post on Instagram, the Briton told his 20 million followers: "want you to know that I won't stop, I won't let up, I won't give up on using this platform to shed light on what I believe is right.

"This is a journey for all of us to come together and challenge the world on every level of injustice, not only racial," he added.

Taylor, a 26-year-old Black woman, was killed by police officers who burst into her apartment in Louisville, Kentucky, in March.

One police officer involved was fired by the city's police department in June. Two other officers have been placed on administrative reassignment. No criminal charges have been filed against any of the three.

A spokesman for the governing FIA said there would be no formal investigation into Hamilton's actions and Formula One's only Black driver, on the cusp of becoming the most successful racer of all time, faced no punishment.

For that to happen, the race stewards at Italy's Mugello circuit should have been notified of a possible breach of the rules and that was not the case.

Hamilton is actively engaged with the FIA and Formula One on anti-racism and diversity campaigns, enjoys the full support of his Mercedes team and has a profile far above other drivers on social media.

Every race is preceded by an officially-sanctioned statement by all drivers against racism, with some taking a knee while others stand. Hamilton had knelt and worn a "Black Lives Matter" shirt at races before Mugello.

The FIA's International sporting code bars "political or religious" advertising on cars but makes no mention of what drivers are allowed to do.

The spokesman said the governing body would consider whether a protocol was needed in the future.