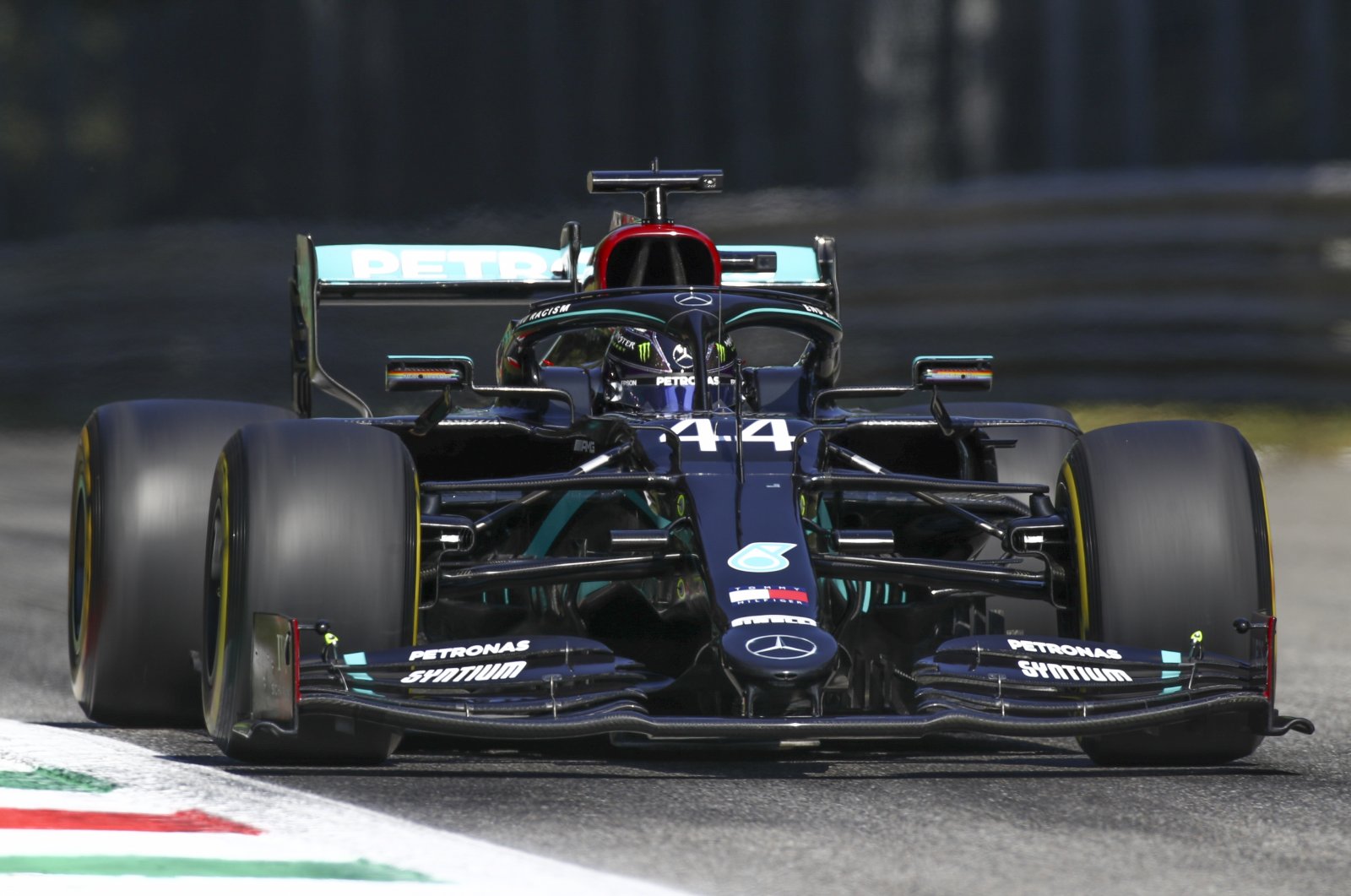 Defending champion Hamilton raced around the 5.79 kilometers (3.54 miles) of asphalt at the so-called Temple of Speed in the fastest lap recorded in the sport at 264.362 kph (164.267 mph). That eclipsed Kimi Raikkonen’s one-lap record of 263.578 kph, set by the former world champion on his way to pole at Monza two years ago.

"Fantastic from the team today in terms of timing, when they put us out on the track," Hamilton said after clocking a best lap of 1 minute, 18.887 seconds. "It really demanded a clean lap so I am really happy."

"Valtteri was very, very close, pushing. I made some changes going into qualifying so I was a little bit nervous about whether that was the right thing to do but it worked just fine."

Bottas and Hamilton exchanged track records on their way to securing yet another Mercedes front-row lockout. McLaren driver Carlos Sainz – who moves to Ferrari next year – was third, 0.808 behind the British driver and just ahead of Sergio Perez and Max Verstappen.

"Of course, it’s disappointing to miss out on pole, especially by such a small margin," Bottas said. "Still, the laps were good and I’m looking forward to tomorrow.

"My race pace on Friday was matching Lewis and this track always provides opportunities, so it’s up to me to take them. It’s still all to play for."

It was a record-extending 94th pole for Hamilton and he will start as favorite to win for a 90th time on Sunday, which would move him within one victory of Michael Schumacher’s record.

Mercedes' overall performance proved it has lost none of its competitive superiority over its rivals with the ban on variable qualifying engine modes.

The revised rules – the directive now requires all of the cars to run in the same engine mode setting in both qualifying and the race – appeared to boost McLaren as Carlos Sainz wound up third.

Hamilton said he "didn't expect" Mercedes' advantage to remain as commanding as it had been earlier this season.

"We said last week when they brought in this rule, to slow us down, that it wouldn’t really make a difference because we've got a great, great car and we'll be better in other areas."