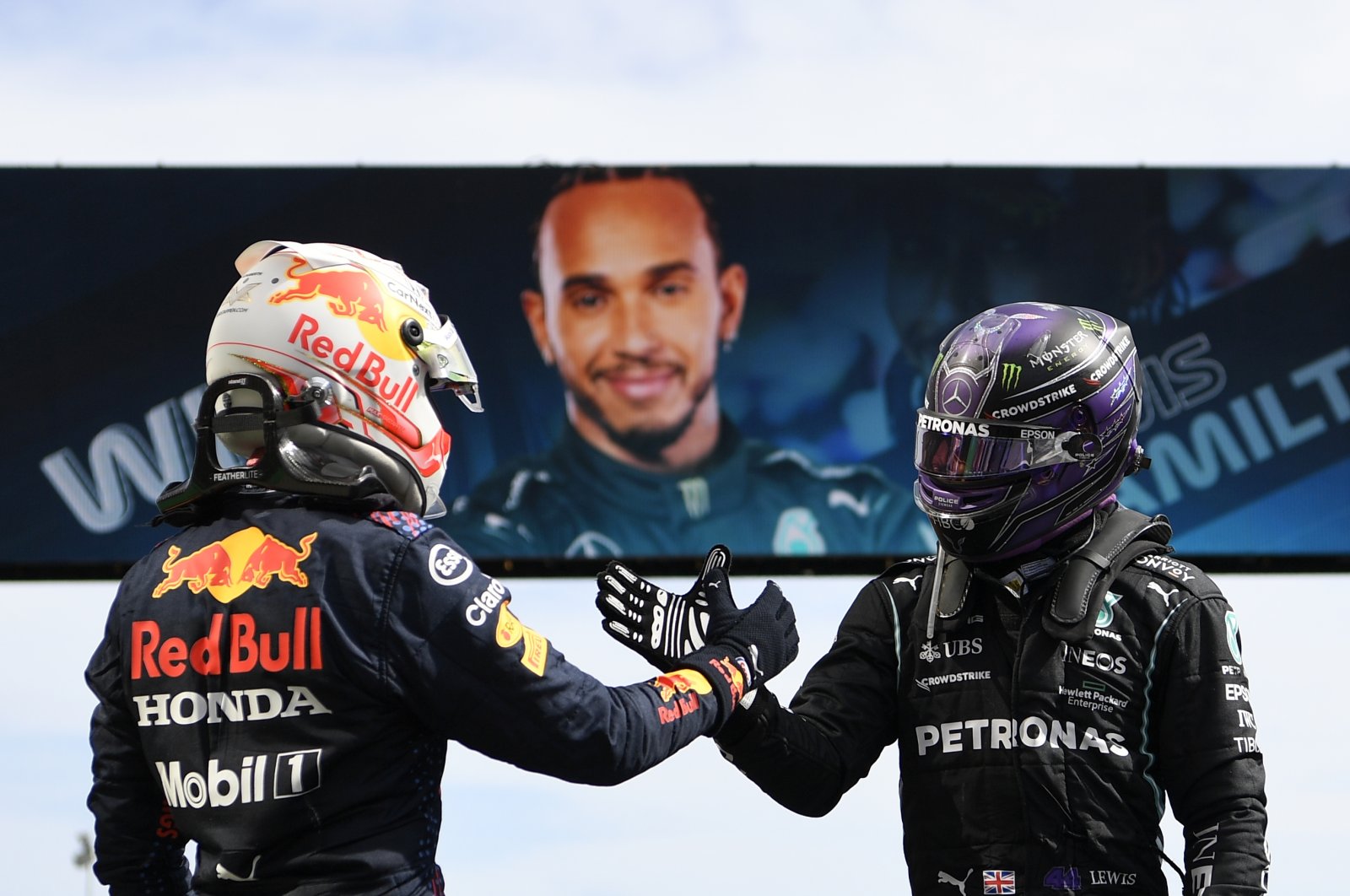 The Formula One title race has quickly become a two-man show and the scenario might not change as the competition goes to Barcelona this week for the Spanish Grand Prix.

At a track all teams know well, Mercedes and Red Bull are expected to continue to dominate with Lewis Hamilton and Max Verstappen separated by eight points after three races.

"The picture is starting to clarify. Red Bull and Mercedes are the two standout teams, and Lewis and Max are the two standout drivers,” Red Bull team principal Christian Horner said. "If we get a pretty standard Barcelona, I think you’ll get the four races and we can see where our strengths and weaknesses are. But what we can see is it’s incredibly tight.”

Hamilton, the four-time defending champion with Mercedes, has the edge over Verstappen after winning the season-opener in Bahrain and last week's race in Portugal. But Red Bull has significantly closed the gap this season, with Verstappen picking up a win in Italy and a pole position in Bahrain in the first three races. The teams are 18 points apart in the constructors’ championship.

"The biggest winner for that is Formula 1,” Horner said. "And if it goes like this for 23 races, it’s going to be nip and tuck.”

"When we were behind in testing and in Bahrain, it’s a buzz that I have not felt in the team since 2013 when we had that first sniff that we could be there,” Wolff said. "The whole place is excited and continues to be excited. I’d like to be happy after Abu Dhabi at the end of the season but for the time being, we’ll take it one step at a time.”

Hamilton and Verstappen finished in the top two positions in the first three races. Verstappen could easily be in the lead had it not been for track limit violations that cost him some points.

"The whole track limit debate is just frustrating,” Horner said. "It’s been brutal for us across the first three events. So it’s been pretty expensive for us.”

The violations cost Verstappen the win in Bahrain and also hurt him in qualifying in Portugal. He also was stripped of the point for the fastest lap because of the limits.

Hamilton's and Verstappen’s teammates have yet to come close to them. Mercedes driver Valtteri Bottas earned the pole in Portugal but has struggled in the races. He is already 37 points off the lead, while Red Bull driver Sergio Pérez is 47 points back.

Instead, McLaren driver Lando Norris is in third place in the drivers' standings, with Ferrari teammates Charles Leclerc and Carlos Sainz far behind.

Fernando Alonso, the other Spanish driver this weekend along with Sainz, will be looking to finish in the points for the third straight race after ending 10th in Italy and eighth in Portugal.

The Barcelona-Catalunya track has been home to preseason testing for the last several years, though this season F1 tested in Bahrain because of the coronavirus pandemic.

The Spanish GP will take place without fans because of the pandemic.