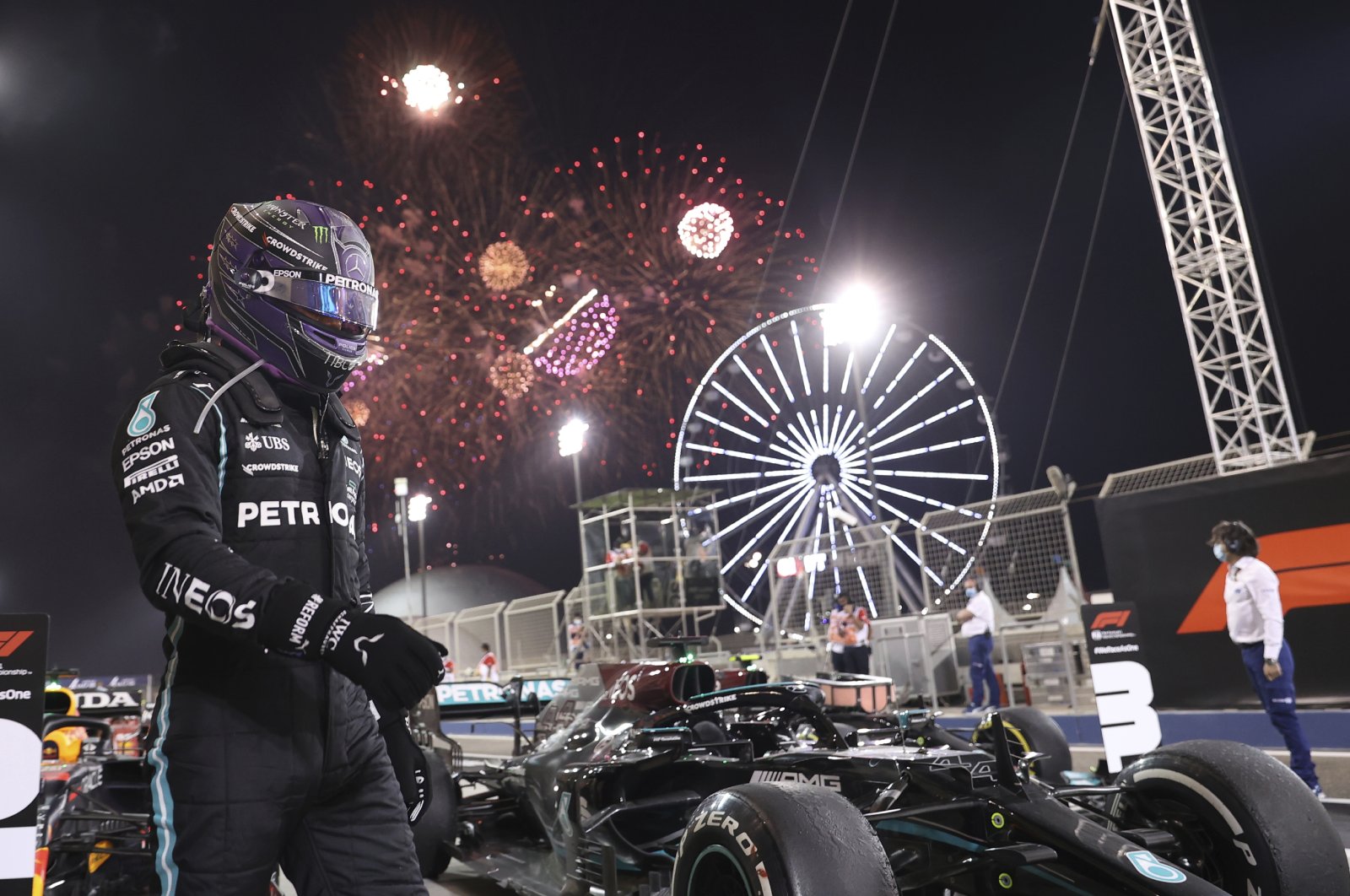 World champion Lewis Hamilton got his bid for an eighth world title off to a thrilling start as he just held off Max Verstappen to win the exhilarating season-opening Bahrain Grand Prix and clinch the 96th Formula One victory of his career on Sunday.

The race was effectively decided when Red Bull's Verstappen overtook Hamilton but went too wide on a turn and was told by his team to give Hamilton the position back, as he risked a time penalty.

Verstappen still had a few laps to catch Hamilton and he almost did, finishing just 0.745 seconds behind the Mercedes driver, but Hamilton produced another stunning demonstration of his supreme racing talent.

It was Hamilton's first season-opening triumph since 2015 and surprised many observers after Red Bull had dominated pre-season testing and two days of practice and qualifying ahead of the race, reported Agence France-Presse (AFP).

"Firstly, can I just say it's the first time I've seen fans in a long time," said a delighted Hamilton as he welcomed fans back after several races with empty stands due to the global COVID-19 pandemic.

"What a difficult race that was. Stopping early we knew was going to be difficult, but we had to cover Max. It was going to take something pretty special," said Hamilton, as quoted by Reuters.

"Max was all over me right at the end, but just managed to hold him off, one of most difficult races I have had for a while."

Hamilton's teammate, Valtteri Bottas, rounded out the podium as he took third but was way behind the front two.

"It's of course a shame, but you also have to see the positive. We're putting the fight on to them (Mercedes), so it's great to start the year like that," stated Verstappen.

Verstappen took a superb pole position on Saturday, the fourth of his career, and started immediately ahead of Hamilton.

Verstappen got away cleanly and held off Hamilton, while Ferrari’s Charles Leclerc made a fine overtake on Bottas but lost that position after the safety car came out on Lap 1.

Lando Norris was fourth for McLaren ahead of Sergio Perez, who had started from the pit lane in the second Red Bull, Charles Leclerc of Ferrari and Daniel Ricciardo, of McLaren.

Carlos Sainz was eighth for Ferrari ahead of Japanese rookie Yuki Tsunoda of AlphaTauri and Aston Martin's Lance Stroll.

Fernando Alonso, meanwhile, failed to finish the race on his F1 comeback with Alpine.