Hamilton's record revives 'greatest of all time' debate in F1 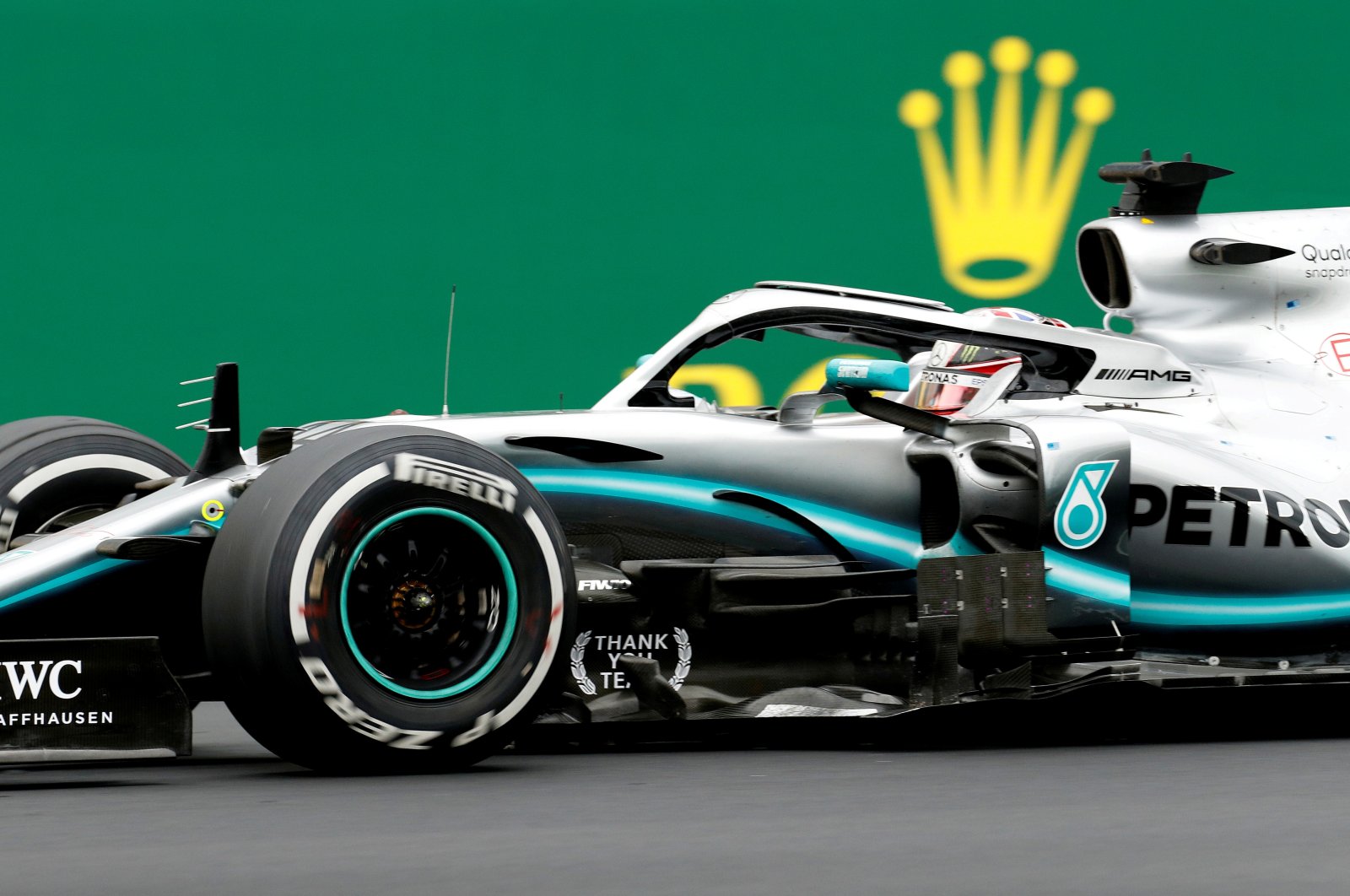 "Well I guess I can't say I've beaten the best driver in F1 anymore. I had a good run though. Thanks @schumacher and welcome @LewisHamilton. GOAT," 1996 world champion Hill said on Twitter.

Stewart was less effusive, referring to Hamilton's "remarkable success" and "hugely impressive career," but without declaring him one of the sport's greatest drivers.

"He is undeniably one of the best athletes in history and an inspiration to so many young people," he added, just weeks after excluding him from his leading all-time greatest F1 drivers.

The comments provoked argument, not least because Hamilton's statistical landmark of 92 wins is likely to be enlarged by him after passing seven-time world champion Michael Schumacher's 14-year-old record of 91 wins.

He is also set to equal Schumacher’s haul of drivers' titles this season and, in all likelihood, claim an eighth next year.

Stewart's reluctance to include either Hamilton or Schumacher alongside his idols – Argentine Juan Manuel Fangio and fellow Scot Jim Clark – sparked widespread debate.

Stewart, an admirer of Alain Prost's "professorial" style, has often said he values studied and well-prepared consistency and "smooth" driving above raw speed and aggression in his evaluations.

It is why he overlooked three-time world champion Ayrton Senna, Schumacher and Hamilton.

Yet, since 2016, Hamilton has transformed his approach and style to become the sport's most consistent finisher with a record 45 consecutive points finishes and 161 career podiums – a metronomic return that left Verstappen full of admiration.

"But I think what has also been a very strong point is that he's consistent and he very rarely makes a mistake – and that's why I think he got through these numbers so quickly."

Shovlin, who has supervised all of Hamilton's races at Mercedes, said Sunday's masterclass was "one of those days when you saw Lewis at his best" and demonstrated "the more recent version of Lewis."

Shovlin explained that Hamilton showed patience and precision, the qualities so admired by Stewart, after a tricky start.

"He was pretty calm, losing places off the start," he said. "He didn't take risks – he acknowledges that he was a bit cautious in those conditions, but he knew that it would all come back to him."

"He clearly had pace in hand a bit behind Valtteri. As Valtteri started to struggle with the tires... you saw that Lewis was suddenly just up behind him. With Valtteri struggling, Lewis was able to make that pass."

"Then he just managed the race. His pace was incredible at times, just how much he actually had in hand. So, I think it was definitely one of his races where it was fitting to go top of the all-time winners' chart."

Shovlin also praised Hamilton's work ethic, his attention to detail and hunger for improvement and perfection, all reasons for praise from Mercedes team chief Toto Wolff who suggested: "In 10 or 20 years we're going to look back and really acknowledge what a special driver he was."

Hill acknowledged this: "His talent is supreme. There's not a single racing driver who has not looked enviously at Lewis Hamilton's abilities and thought 'that must it be like to be that brilliant'?"

Increasingly, as Hamilton accumulates more titles and records with the traits that made the studious Stewart a great driver, there may be little room left for argument.