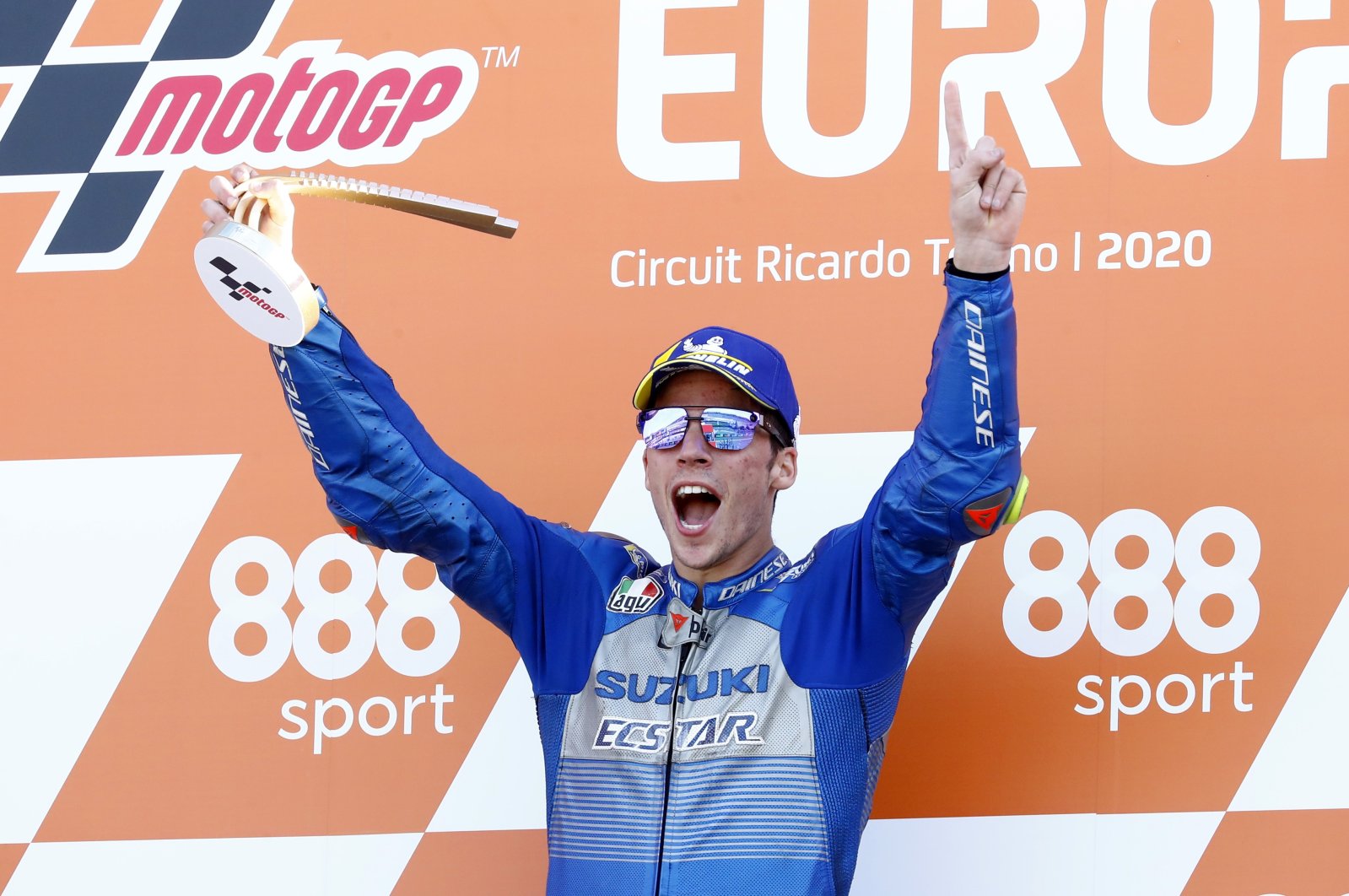 The 23-year-old from Mallorca inherited the crown left vacant by the injured six-time champion Marc Marquez when finishing seventh in the Valencia Grand Prix won by Italy's Franco Morbidelli.

The champion celebrated by pulling wheelies and screeching his smoking tires in front of the paddock where his family awaited him to celebrate.

"I've been fighting for this all my life, I can neither laugh nor cry but I'm flooded with emotions," said Mir.

This was the first MotoGP title won by a Suzuki rider since 2000.

After a season of solid consistency, Mir held a 37-point lead meaning he only needed to finish on the podium in the penultimate race to secure the title, while fourth would have been enough if neither Alex Rins nor Fabio Quartararo won.

Frenchman Quartararo ruined any chance he had of prolonging the title race with a fall that put him out of the race.

The 21-year-old had often looked the most likely inheritor to Marquez.

But the Yamaha-SRT rider championship was already in a serious wobble when he hit the deck on the first lap of last weekend's race and his luck did not improve on Sunday.

Morbidelli won the penultimate race of the season, leading from the pole until the very last lap when he came under intense pressure from Australian Jack Miller.

"I just came up short," said the Australian. "There was quite a bit of tailwind that just stopped me getting the win, but we're happy to back on the box (podium) though."

Morbidelli and Miller played cat-and-mouse overtaking each other several times over the final tight corners.

Earlier Sunday Spain's Jorge Martin stole in at the death to win the Moto2 GP overtaking his compatriot Hector Garzo and Italy's Marco Bezzecchi just ahead of the finish line.

This marked a second win of the season for Martin, who was Moto3 champion in 2018.

The title itself will go down to the wire in Portugal next week with championship leader Enea Bastianini of Italy on 194 points after his sixth place in Valencia leading British rider Sam Lowes by 14 points.

In the lower ranks starting 13th on the grid, Italy's Tony Arbolino won the moto3 GP to climb third in the standings with 159 points.

Spain's Albert Arenas was third on the day and leads the championship on 170 points ahead of Japanese rider Ai Ogura of Honda 162.