Marquez brothers to race for same team in MotoGP first 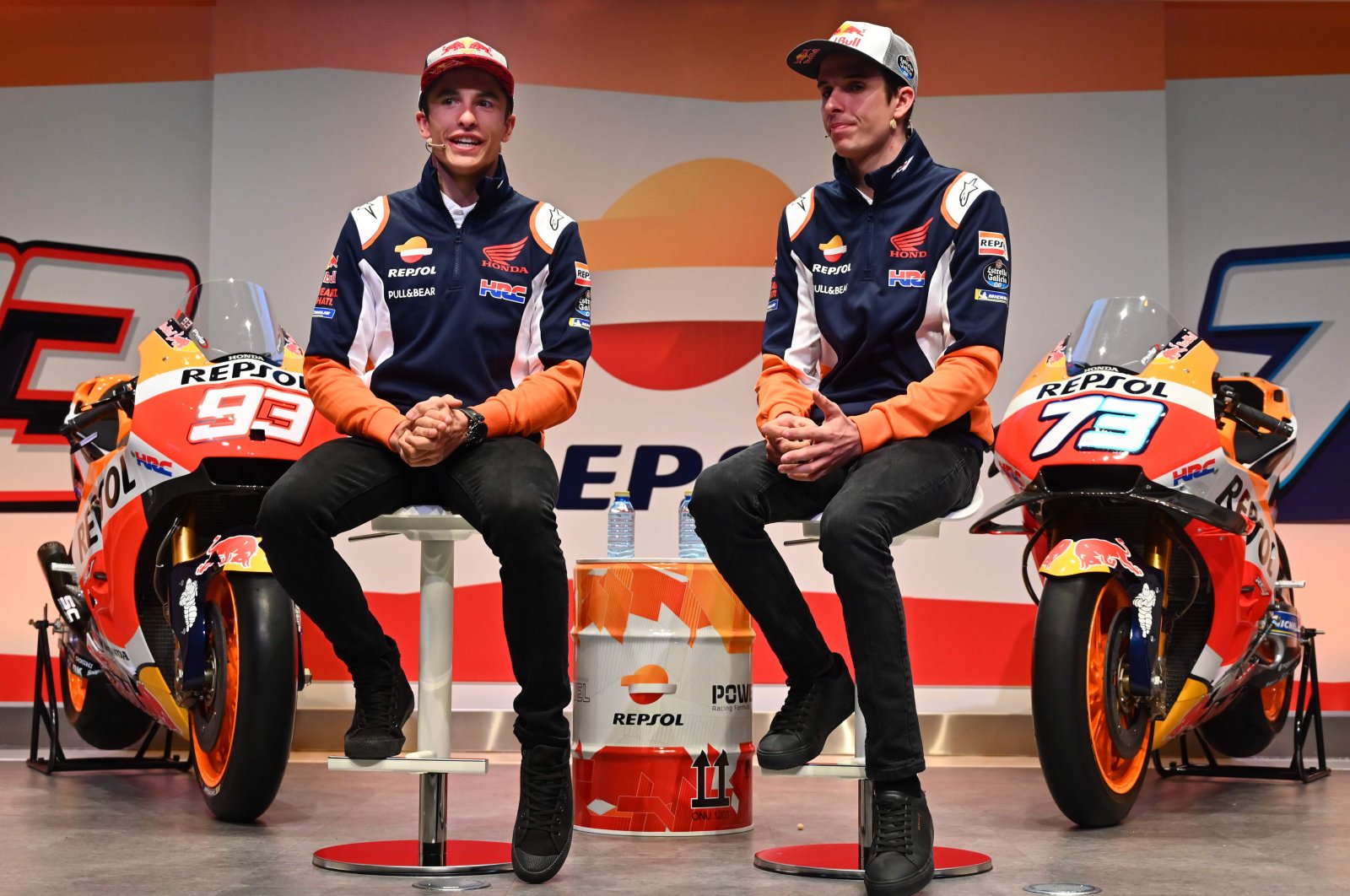 Motorcycle racing is often a family affair, and yet before Alex Marquez joined Marc Marquez at Honda for this season, the two brothers had never raced together for the same team in MotoGP.

Honda had more obvious options than Alex Marquez as replacements for another Spaniard, Jorge Lorenzo, this season, including Japanese rider Takaaki Nakagami and Frenchman Johann Zarco.

But 27-year-old Marc Marquez dreamt of riding alongside his younger brother at the highest level, and the team heeded its six-time world champion and signed 24-year-old Alex, although the team announced on Monday that it would only be for one year.

Next season Alex will drop to satellite team LCR, while 29-year-old Pol Espargaro, also the younger of a pair of racing Catalan brothers, will join from KTM. Espargaro's brother Aleix rides for Aprilla.

Other brothers to have ridden at the same time, including the French Sarrons, Dominique and 250cc world champion Christian, on rival teams in the 1980s and early 1990s.

The Marquez brothers will become the first to race for the same team when the coronavirus-delayed MotoGP season kicks off in Jerez this weekend.

Alex has taken a little longer.

He won Moto3 in 2014 and finally took the Moto2 in 2019, a good progression when compared with anyone except his brother.

They developed under the guidance of Emilio Alzamora, the 1999 125cc world champion.

"Marc and I have been racing together since we were very young, more or less every weekend," said Alex in 2014.

"I spend most of my time with him. Besides being my brother, he's my best friend."

When Alex won the Moto2 title last year, after a crisis of confidence caused by crashes in 2016, his brother said he was "even more satisfied" than if he had won the crown.

Mark, who is 1.69 meters (5 feet 5 inches), and Alex, who is 1.8 meters, were inseparable until they were confined during the coronavirus pandemic that delayed their season.

"We train and do almost everything together," said Marc. "I think it's good for both of us. We help each other all the time."

Together for the first time in the same category, the brothers face a new challenge: to preserve their bond while negotiating the complicated relationship between teammates, partners in the garage and rivals on the track.

"Having Marc as a teammate is the best way to find out as quickly as possible what this class is like, the secrets of Honda and to learn everything I can," said Alex, whose goal is to be MotoGP rookie of the year.

"I hope that soon I will be able to say that he is one of my rivals. This year it will be nothing like that: I'm here to learn as much as I can from him."

Marc agrees that this should be a season of brotherly cooperation.

"I have my own goal and my teammate's goal is different," Marc said.

"But it's certain that one day we could find ourselves fighting for a race, or even a title. I hope so. But I'm telling you: On the circuit, everyone sees their own interests and tries to give 100% of themselves."

Honda's decision to allow Alex just one season to learn at his brother's side means that if he becomes a true competitor to Marc, sibling rivalry will not break out in the team's garage.