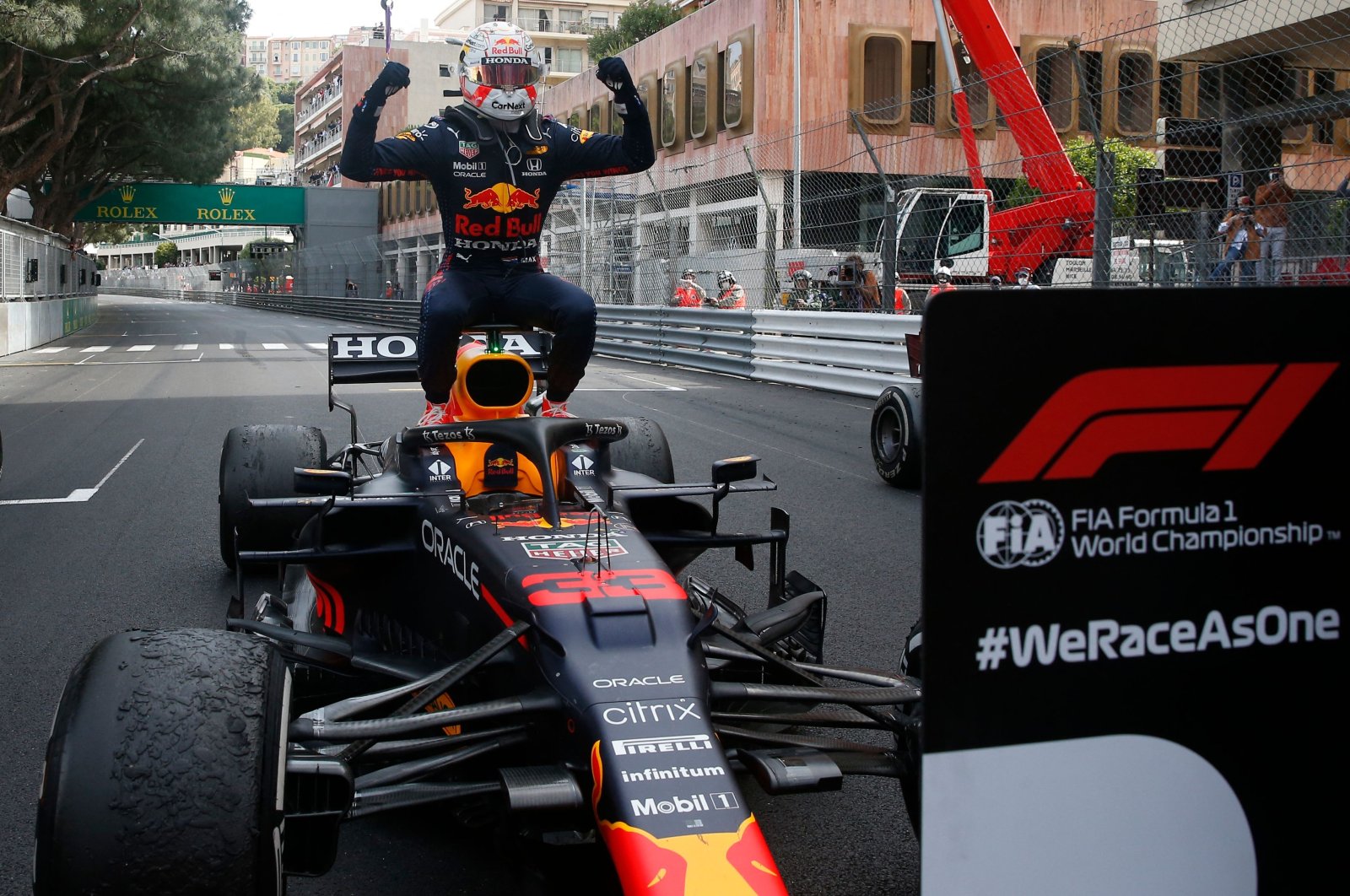 With the win, Verstappen displaced Lewis Hamilton at the top of the 2021 standings after the Mercedes world champion finished in seventh.

The Dutch driver pitched up in the Principality trailing Hamilton by 14 points and leaves it four points ahead.

"It's so special to win. The first time for me on the podium here. It was all about looking after the tires. I was pretty much in control," said Verstappen after taking the chequered flag waved by tennis superstar Serena Williams.

His teammate Valtteri Bottas was in contention to pounce on any mistake by Verstappen.

But then his race came to an embarrassing end when a routine pitstop took a disastrous turn as a wheel refused to come off.

The Finn's frustration will have been nothing to the heartache Leclerc suffered just before the start when he reported a gearbox problem on his Ferrari.

For the locally-born Leclerc, it was a cruel end to his dream of winning his home grand prix.

"In the garage, it was very difficult to feel ok, but I guess now I'm getting used to this feeling here, unfortunately," said Leclerc.

"I've never finished a race here – this year, I don't start it. It's a difficult one to take and I also feel for the team."

His last-minute absence was all the more unexpected as a couple of hours earlier Ferrari had announced repairs had been carried out without a grid penalty after Leclerc's accident in qualifying 24 hours earlier.