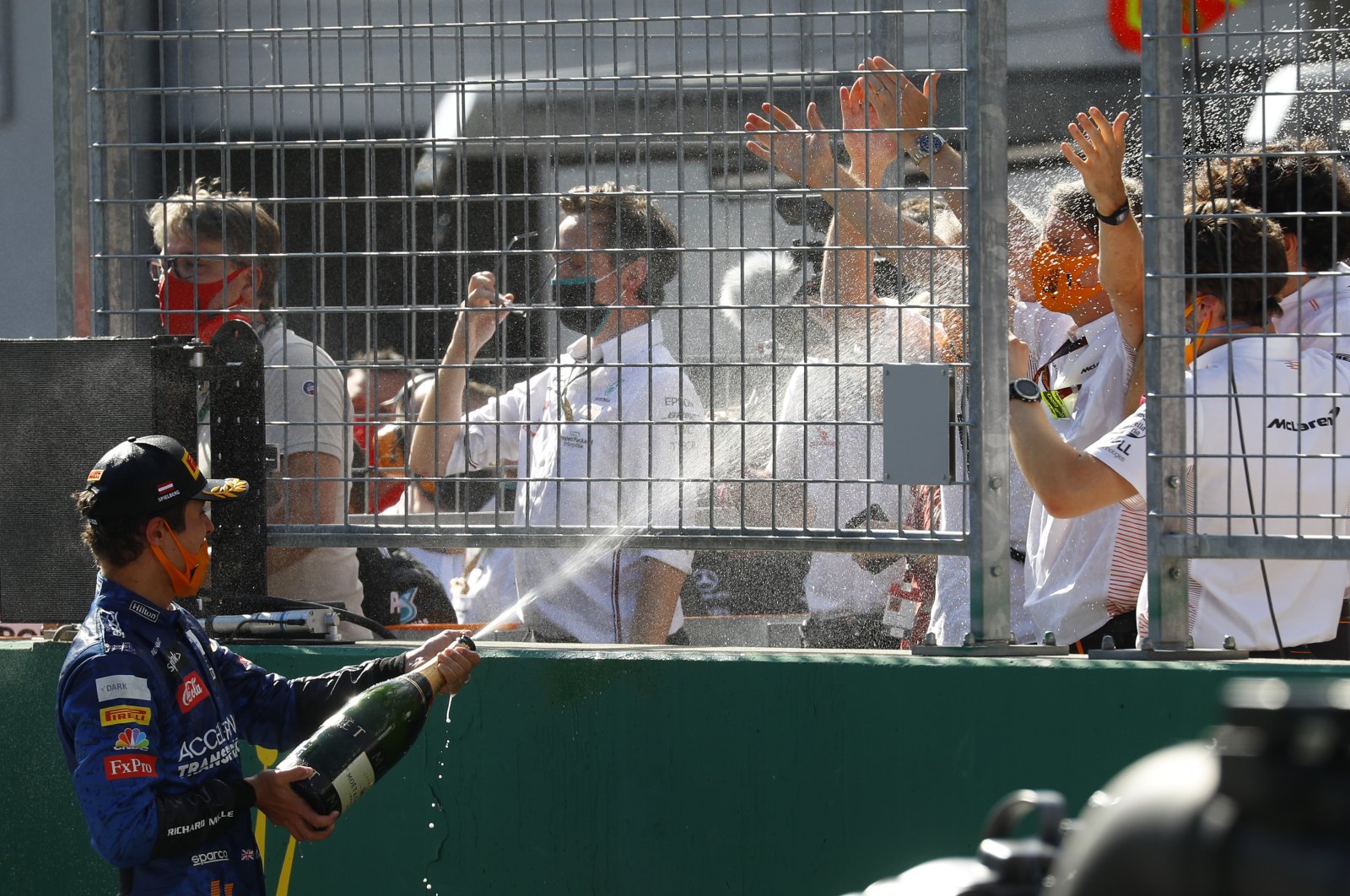 McLaren is keen to confirm Sunday that their season-opening success from Lando Norris' third place and Carlos Sainz's run to fifth in the Formula One season-opener was no fluke.

"Heads down now. Let's make sure we don't get carried away with the good result today and come back strong again next week," racing director Andrea Stella said, looking ahead at part two of the Austrian double-header.

Founded in 1966 by Bruce McLaren, the British team boasts eight constructors' and 12 drivers' titles, including three each from the legendary Ayrton Senna and Alain Prost, and with Lewis Hamilton winning their last to date in 2008.

A barren spell followed 2015-2017 in its partnership with engine supplier Honda as they finished far off the pace with an uncompetitive and unreliable car, with even former world champion Fernando Alonso not able to make the team competitive with the rest.

Things have steadily improved since Renault became its engine partners from 2018, and got the first podium since the 2014 race in Melbourne late last season in Brazil when Sainz placed third.

McLaren finished "best of the rest" fourth behind Mercedes, Ferrari and Red Bull in 2019 and have similar plans this time around in the season hit badly by the coronavirus pandemic.

In Spielberg, Sainz stood his ground against Ferrari star Sebastian Vettel – whom he will replace at the Scuderia next year – who was sent spinning after an ill-advised passing attempt.

Norris first muscled past Racing Point's Sergio Perez in the third-last lap and then produced the fastest lap of the race in the final lap which saw him pip the titleholder Hamilton of Mercedes for third because Hamilton received a five-second penalty.

At 20, Norris is the third-youngest F1 podium finisher and the first Briton since Button in 2014 to rank ahead of six-time winner Hamilton in the championship.

"I'm over the moon," Norris said. "We haven't had the third-fastest car on the grid – but we put it all together pretty much every time. We limited the mistakes we made and took advantage of every opportunity that came our way. Because of that, we got a podium.”

"I would love to say we can achieve this next weekend again,” he said.

Stella said the race confirmed that the team was going in the right direction.