Mercedes conquers Sakhir pole with Bottas and rookie Russell, even without Hamilton 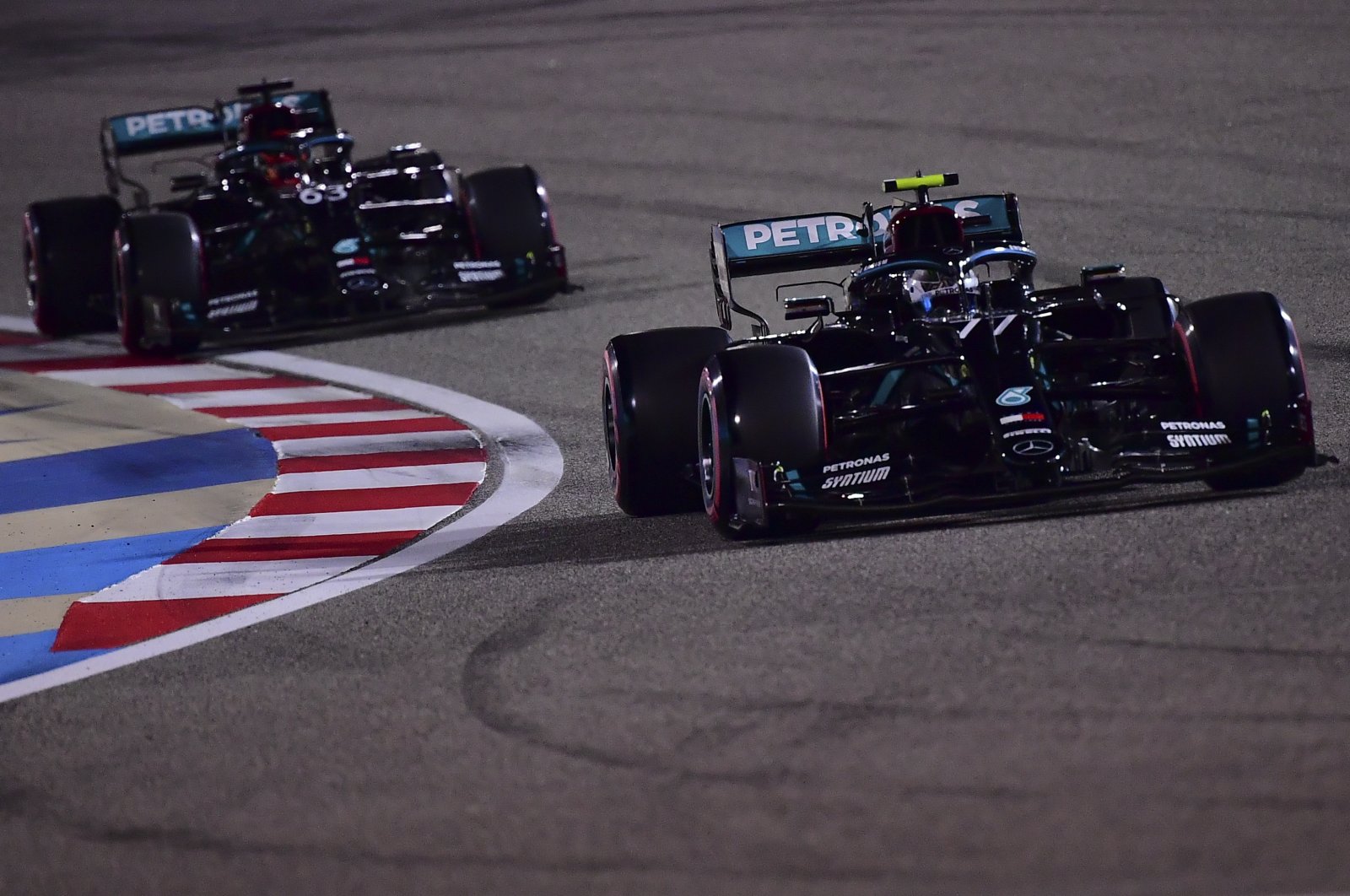 Valtteri Bottas bounced back from a dismal Friday to claim his fifth pole position of the season on Saturday when he outpaced his stand-in Mercedes teammate George Russell in an intense qualifying for Sunday's Sakhir Grand Prix.

After being beaten in both opening practice sessions by Russell, who was released by Williams to substitute for Lewis Hamilton after the world champion tested positive for coronavirus, the Finn responded in a familiar stoical fashion.

His late best lap in 53.377 seconds at the short, high-speed outer loop of the Bahrain International Circuit was just enough to pip Russell's best effort, clocked on his team's unexpected third Q3 run, by 0.026.

"It wasn't one of my best qualifyings, but I'm happy it was enough," said a relieved Bottas quoted by Reuters.

Russell, who has yet to score a point in 36 races with his struggling regular team Williams, has seized his opportunity with both hands and was quickest in both practice sessions on Friday.

Saturday was the first time the 22-year-old Briton had been out-qualified by a teammate in his F1 career to date but his effort was sensational enough.

"Gutted to miss out on pole by 20 milliseconds but if you'd told me last week I'd be qualifying P2 on the grid next week I think I wouldn't have believed you," he said.

"It was a different situation today," said Bottas. "I just wanted to focus on my own doing and I managed to do that. We're in a great place as a team and it's good to be on pole. I am happy with that."

In remarks carried by the Agence France-Presse (AFP), Russell said: "It's been incredibly intense. There has been so much to learn and to get used to. The car felt alien, to begin with – it's a different way of driving.

"I had to unlearn what I learned at Williams and relearn how to drive this car. I would have been happy with making Q3 after final practice ... I am pleased, but I'm gutted to miss out on pole! So, let's see what we can do tomorrow."

It was Bottas' 16th career pole position – three years after scoring his maiden pole at the same venue in 2017 – and inflicted Russell's first qualifying defeat by a team-mate, albeit in helping Mercedes clinch another front-row lockout.

Max Verstappen was third for Red Bull ahead of Ferrari's Charles Leclerc, Sergio Perez of Racing Point and Daniil Kvyat of Alpha Tauri with Daniel Ricciardo taking seventh for Renault.

Carlos Sainz took eighth for McLaren ahead of Pierre Gasly in the second Alpha Tauri and Lance Stroll in the second Racing Point.

Verstappen said he expected Russell to be a tough opponent in the race that runs on the fast and short outer layout of Bahrain's Sakhir circuit.

"I need to take advantage, but we'll find out. It'll be tough. It's not going to be easy," he said.

Pietro Fittipaldi was the first man out in Q1, the young Brazilian knowing he will start his maiden race from the back of the grid as a substitute for Romain Grosjean, having taken two grid penalties for new electronic power unit parts.

In dry and mild conditions under the floodlights, the grandson of double world champion Emerson Fittipaldi focused on learning as Bottas topped the times for Mercedes ahead of Verstappen and Russell.

His Haas teammate Kevin Magnussen, who was 16th, Nicholas Latifi and his debutant Williams teammate Jack Aitken, and Kimi Raikkonen of Alfa Romeo all also missed out on Q2.

It was the first time that Canadian rookie Latifi had out-qualified a teammate, having been beaten all season by Russell.

Russell was also into new territory as he battled Bottas in Q2, not only to reach his first Q3 but also to avoid being defeated in qualifying for the first time.

In the second mini-session, Sainz set the pace only for Gasly and then Bottas to beat him, the Finn outpacing his Mercedes teammate Russell by 0.010 in 53.809 seconds.

On their final runs, the two Mercedes remained on mediums while the rest took softs.

For Norris, 15th, it was his worst qualifying of the season.

The top-10 shootout began with Bottas leading on used softs in 53.760, ahead of Russell, before Verstappen cut that to 53.591 and Leclerc grabbed second just behind him.

Perez then split the Mercedes who responded with a rapid change of tires for another run – on new soft tires – and a provisional front-row lockout with Bottas in front with 53.377, a 10th ahead.