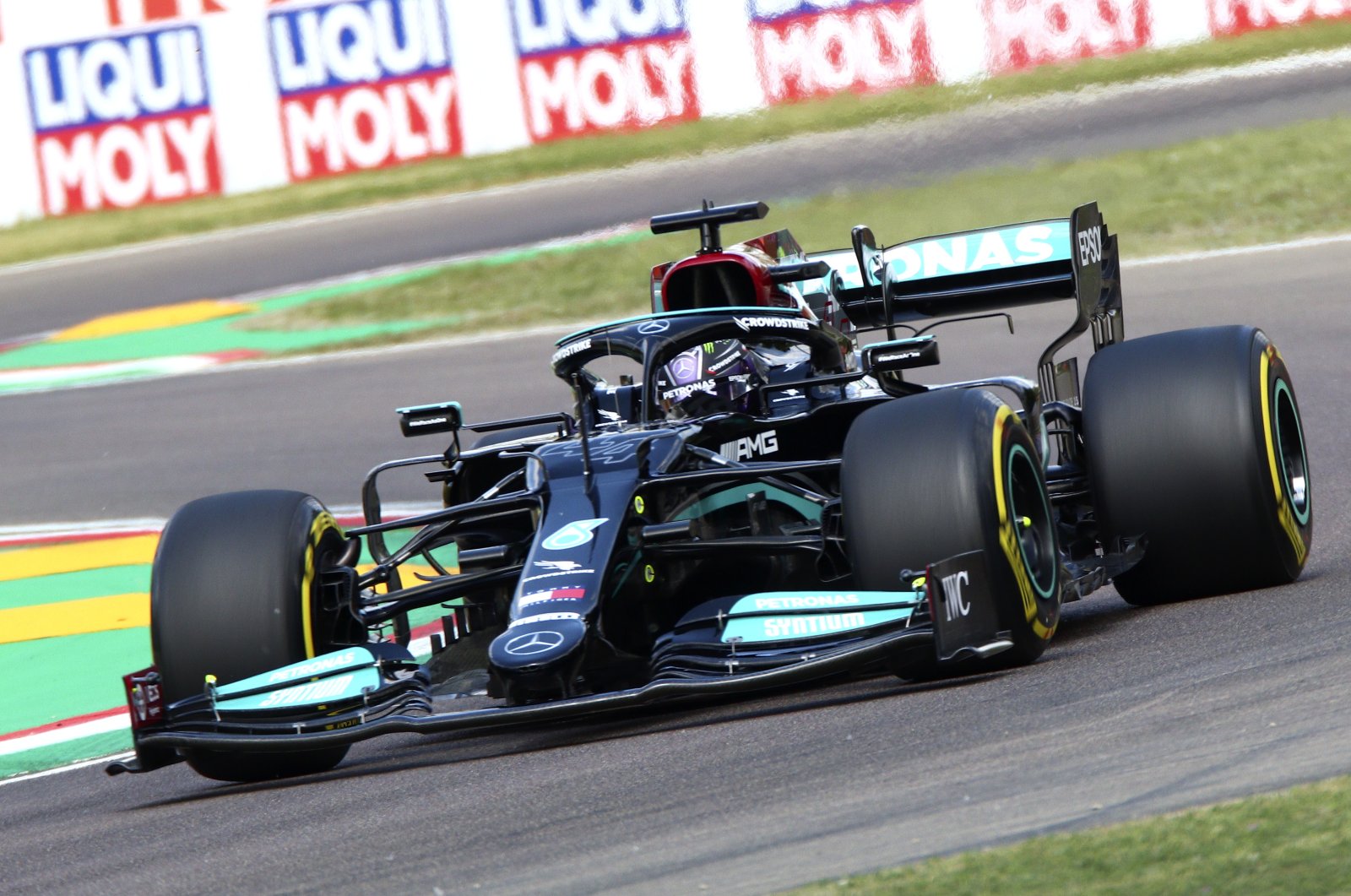 Mercedes drivers Valterri Bottas and current world champion Lewis Hamilton were the fastest in practice Friday ahead of the Emilia-Romagna Grand Prix in northern Italy's Imola on Sunday.

Red Bull's Max Verstappen and Charles Leclerc, however, both ran into trouble in the second session.

Bottas was the quickest around the legendary Imola circuit in both sessions but only just, 0.01 seconds faster than his teammate Hamilton.

The pair were followed by AlphaTauri's Pierre Gasly and the Ferraris of Carlos Sainz and Leclerc who crashed into a wall at the end of the second session, prompting a red flag and the decision not to restart.

There was bad news for Red Bull too as Verstappen pulled up with a mechanical problem.

"Something snapped on the rear," Verstappen told his team.

The Dutchman, who finished second behind Hamilton in the season-opening Bahrain Grand Prix, had earlier clocked the third-fastest time in the opening session behind the two Mercedes.

The first session was also marked by two red flags.

A collision between Red Bull's Sergio Perez and the Alpine of Esteban Ocon, which escaped the cameras, resulted in both cars off the track.

Perez, who was on a "flying" lap, according to his team boss Christian Horner, had a damaged rear-left tire while Ocon, on a "slow" lap, had a broken front right.

The drivers were called to the stewards to explain the incident but no further action was taken.

"The two cars reached the apex at the same time, and just barely touched wheels," said the stewards' report.

"Both drivers agreed in the hearing that it was an unfortunate miscommunication of timing between them, not helped by the fact that both drivers had limited or no communications with their teams at the time.

"Both drivers agreed that neither was at fault."

They were both back in business for the second session with Perez clocking the sixth fastest time.

The second red flag of the morning came just before the end of the session after Haas rookie Nikita Mazepin went too wide into a corner and spun.

It was another unfortunate incident for the 22-year-old Russian. He failed to complete the opening lap in Bahrain and has been tagged with the nickname "Mazespin."

The third practice session starts at 0900 GMT on Saturday with qualification taking place from 1200 GMT.