MotoGP: Quartararo heads to 'worst track' in pursuit of crown 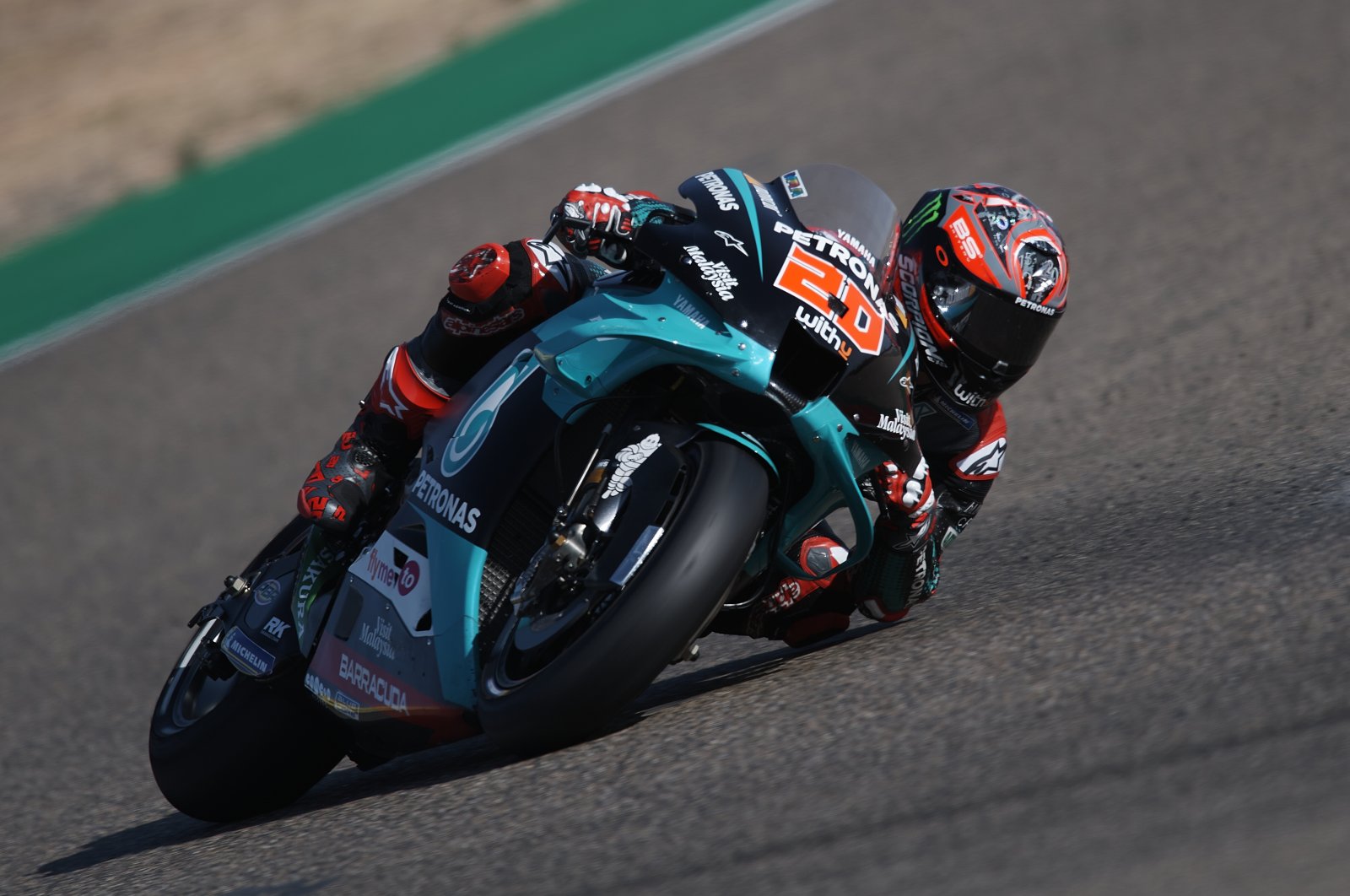 MotoGP returns Sunday on the Aragon circuit, where Fabio Quartararo aims to extend his lead on 'the worst track on the calendar,' though his rivals' underwhelming performances may secure him the top spot

Since its debut on the motorcycle racing calendar 11 years ago, the Aragon track has been kind to Spanish riders. Knowing this, MotoGP championship leader Fabio Quartararo seeks to break the Spanish spell. The Frenchman is closer to taking the crown in the prestigious competition and Sunday's race may be his only obstacle to victory.

The Yamaha rider already has five wins under his belt this season and now stands 65 points ahead of champion Joan Mir (Suzuki). But Aragon is the home race for the Spanish riders, not least the six-time world champion Marc Marquez.

"Aragon is probably the worst track on the calendar, not for the Yamaha bike but for me," said Quartararo. "I have been fast there before – I got pole position last year – but I have never really been consistent."

"So this would be a great thing to fix. I want to learn at that track and be consistent there too."

With six races remaining, a decent showing by the 22-year-old, even if it does not result in victory on Sunday, would go a long way towards delivering the title. Behind Mir lies another Frenchman Johann Zarco (Ducati-Pramac) and the Italian Francesco Bagnaia (Ducati) who are 69 and 70 points respectively behind Quartararo. Neither Zarco nor Bagnaia has won yet in MotoGP and their Ducatis usually struggle on the Spanish track with their last winning coming in 2010. The Suzukis of Mir and his teammate Alex Rins pose a greater threat, as Rins' victory last year showed. Suzuki, though, have yet to find their stride this season and still have not won a race.

Marquez was born not far from the Aragon circuit and considers it is his home track. That comfort with the surroundings has been borne out with five wins there in MotoGP but he has struggled to reimpose himself since fracturing his right arm in the first Grand Prix of the 2020 season. The Honda rider required three bouts of surgery and his arm is still causing him pain. He holds the sad record for the most crashes since the start of the season. Currently 12th in the championship, 147 points behind Quartararo, his hopes for a seventh title are zero but he will be fired up to prove to himself – and to the MotoGP world – that he still belongs within the elite of the sport. He may have an important ally in his home circuit which is one of the few that runs counterclockwise which means less stress on Marquez's injured arm. It was the same layout at the Sachsenring in Germany in June where Marquez picked up his only victory of the season. "It's great to be back racing at MotorLand after missing the rounds in 2020 and hopefully we can put on a good show for the fans," said Marquez. "In recent races we have been closer to the front so the aim is to continue this and see what's possible on Sunday."

Around 20,000 people will be admitted to the circuit and will no doubt be keeping a close eye on another Spaniard, Maverick Vinales, who will make his debut for Aprilia after leaving Yamaha under a cloud. Yamaha suspended Vinales in August on suspicion of attempting to damage his bike at the Styrian Grand Prix. Vinales, who has won nine races in his career, joins an Aprilia team that showed signs of climbing from mid-pack mediocrity with Aleix Espargaro's third place finish at the British Grand Prix.

In the other categories, Australian Remy Gardner will try to increase his lead over the Spaniard Raul Fernandez in Moto2. In Moto3, the phenomenon 17-year-old Pedro Acosta, already a five-time winner for his first season in the category, is looking to bounce back from a poor performance in Silverstone and stretch his lead at the top of the standings.