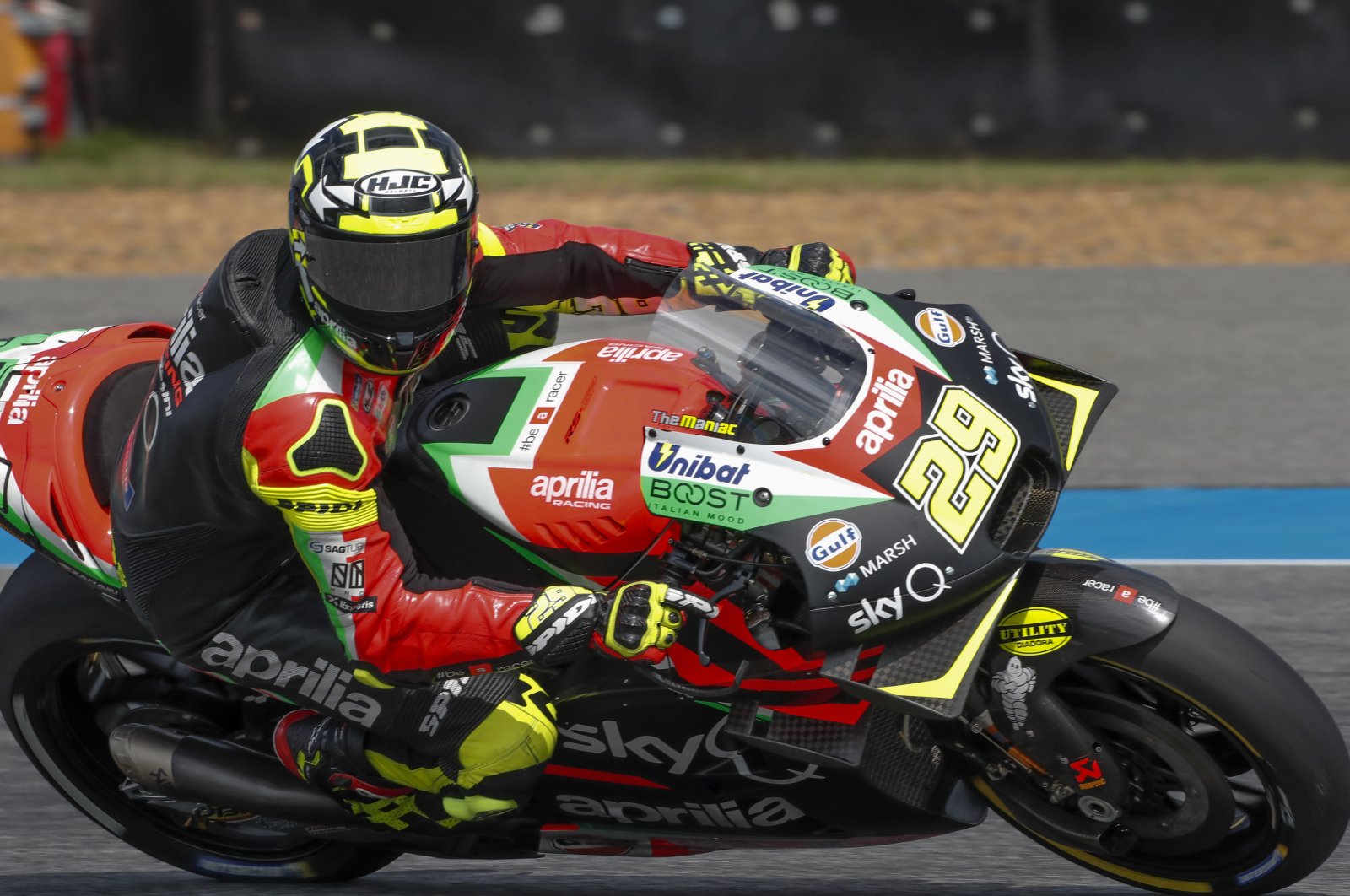 Italian MotoGP rider Andrea Iannone was suspended for four years for an anti-doping violation on Tuesday after the Court of Arbitration for Sport (CAS) extended his initial 18-month suspension following an appeal.

Iannone, 31, was suspended in March after testing positive for an anabolic steroid in a urine sample collected at an in-competition test at the Malaysian MotoGP in Sepang last November.

The Aprilia rider was also disqualified from the final two races of the 2019 season – in Malaysia and then Valencia – which he had not finished.

In its ruling, CAS said the Italian's suspension would be backdated to Dec. 17, 2019.

Iannone had contested that the presence of drostanolone in his system was the result of eating contaminated meat in Malaysia.

"The panel found that Andrea Iannone had failed to establish neither the precise type of meat he had consumed nor the origin of said meat," read a CAS statement.

It said that contrary to the original decision taken by the International Motorcycling Federation (FIM), the violation was to be "treated as intentional for purposes of the applicable anti-doping rules, and therefore upheld WADA's appeal."

"The CAS award sets aside the decision rendered by the FIM International Disciplinary Court dated 31 March 2020 and imposes a four-year period of ineligibility on Andrea Iannone," it added.