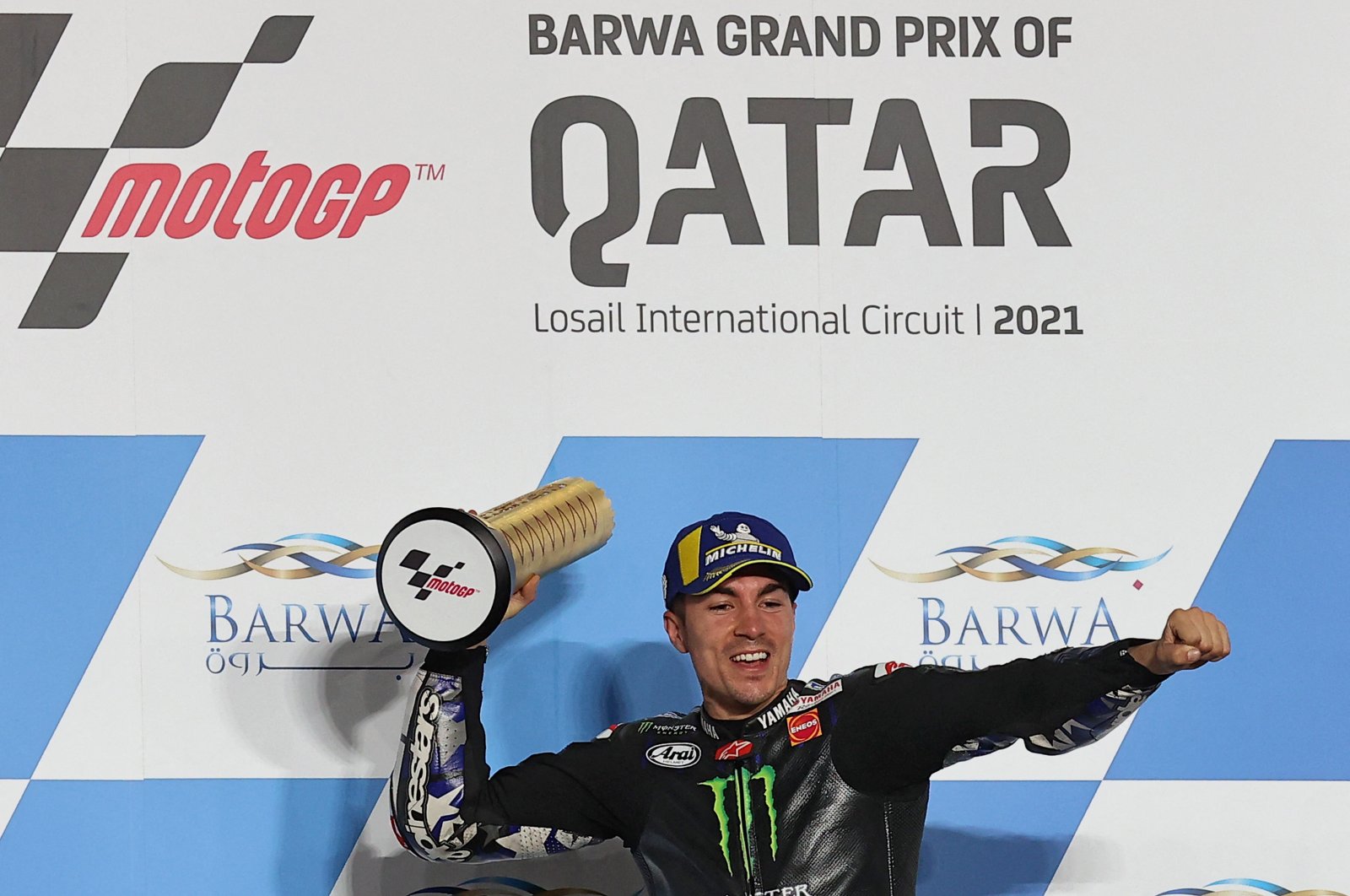 Yamaha's Maverick Vinales overcame a slow start to win the season-opening Qatar Grand Prix on Sunday in an exhilarating race where defending world champion Joan Mir lost out on a podium on the final lap to Johann Zarco and Francesco Bagnaia.

Mir, who started 10th on the grid, steadily made his way through the field but went wide on the final corner, allowing Pramac Racing's Zarco and pole-sitter Bagnaia of Ducati to beat him on the straight with their superior top speed.

Bagnaia and teammate Jack Miller were lightning quick off the line at the start while Zarco and his teammate Jorge Martin quickly gained positions to make it a Ducati-powered top four in the opening lap as the Yamahas fell back.

Zarco overtook Miller to move into second while Yamaha's Fabio Quartararo also moved up to third in a feisty battle for third.

But Miller, who impressed in pre-season testing with his new team, continued to struggle as Vinales, who started on the front row, picked off the Australian to move up to fourth.

While the Yamahas were not as fast as the Ducatis on the straights, Vinales was able to find more speed and grip on the corners and he first overtook Zarco before taking the race lead from Bagnaia with eight laps to go.

"The start didn't go well but after that, I felt the potential. I was saving tires to find the right moment," Vinales said.

"I tried to be very smart, very calm, and chose the right place to push."

Bagnaia then dropped back to third with tire trouble as Zarco moved up to second while Mir launched a late assault and overtook his Suzuki teammate Alex Rins to move up to fourth.

Mir then eased past Bagnaia in the final stages to move up to third before reeling in Zarco, who was also desperately clinging on as he struggled with grip on his rear tire before Mir's error on the final corner.

"The end was difficult," Zarco said. "I tried to catch Vinales but I was sliding a lot. In the end, Mir cut me back, but thanks to my engine I was able to finish second."