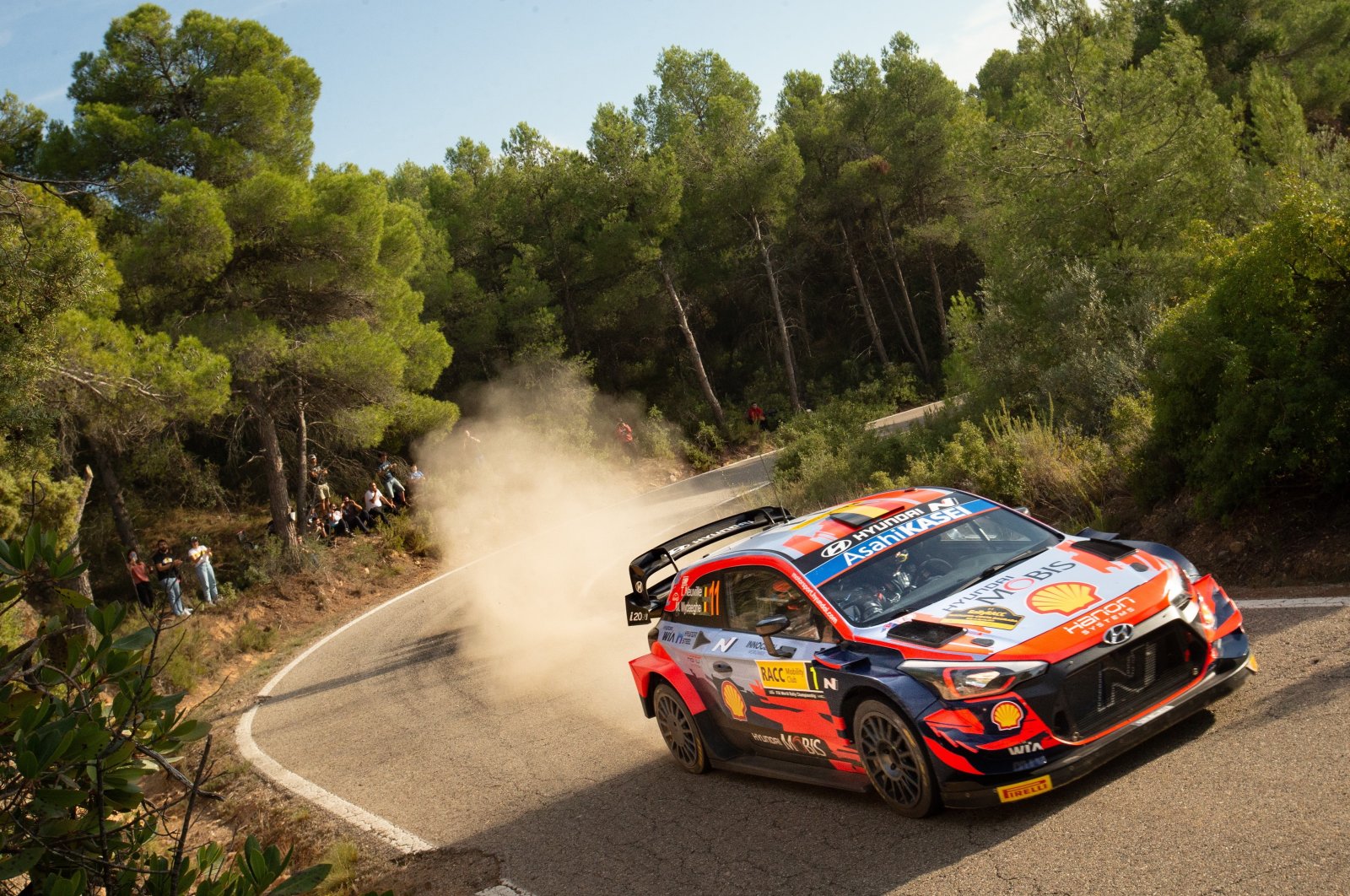 Hyundai Motorsport's Thierry Neuville dominated to win the Rally of Spain Sunday, sending the WRC title battle between Toyota teammates Sebastien Ogier and Elfyn Evans right down to the wire.

The title will now be decided in the final round to be held in Italy next month.

Evans finished second to cut Ogier's lead to 17 points, with a maximum of 30 remaining to be won, as the Frenchman ended up fourth and behind Hyundai's Dani Sordo.

Ogier is chasing his eighth championship in nine years and the last before he retires from full-time rallying.

Welshman Evans is the only driver who can deny him the crown.

Neuville's dominant 24.1-second win on the asphalt roads around the resort of Salou, south of Barcelona, was the Belgian's second of the season.

Toyota lead Hyundai in the manufacturers' standings by 47 points.