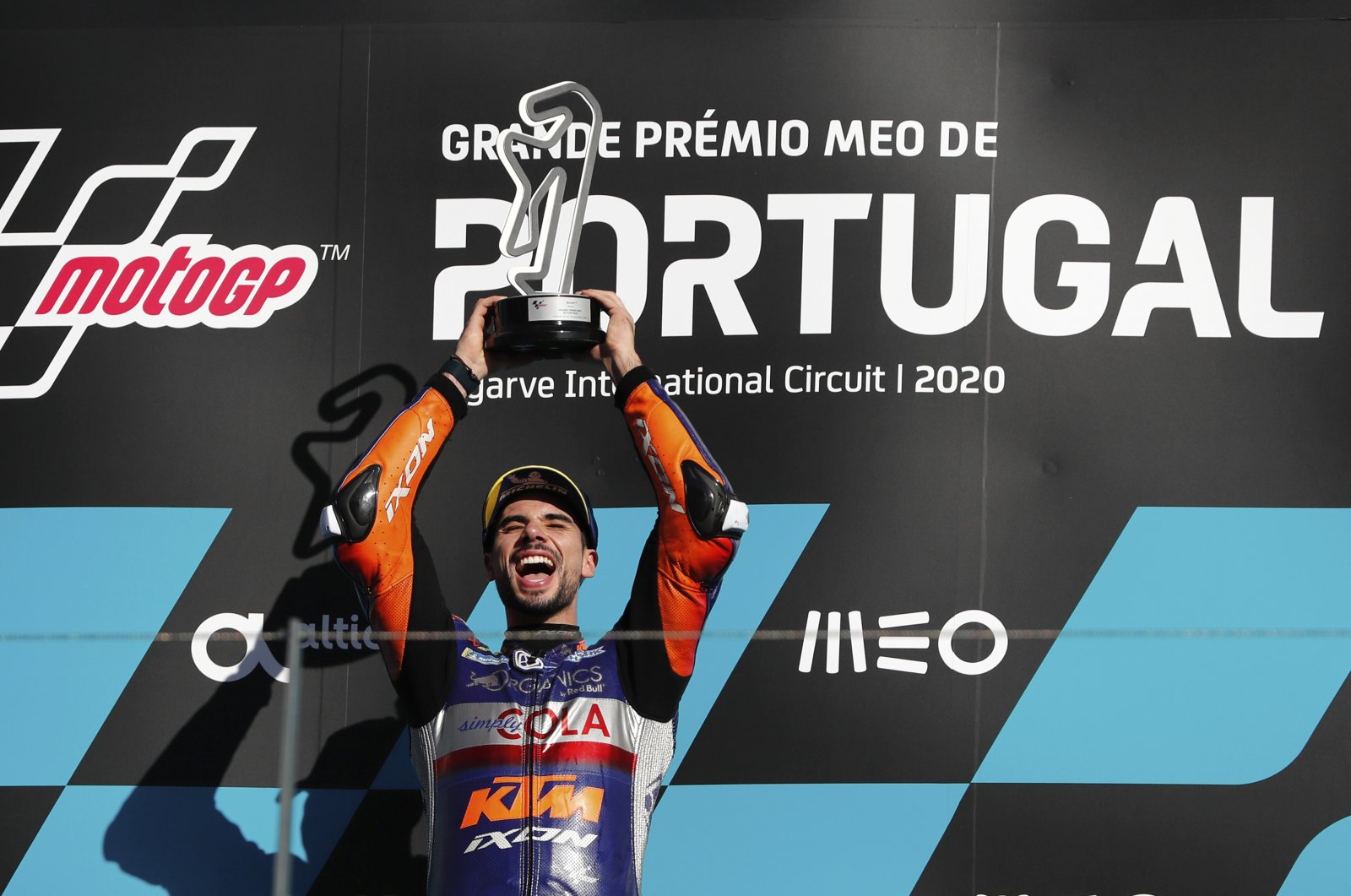 MotoGP rider Miguel Oliveira of Portugal celebrates on the podium after winning the MotoGP race of the Portuguese Motorcycle Grand Prix, the last race of the season, at the Algarve International Circuit near Portimao, Portugal, Nov. 22, 2020. (AP Photo)
by French Press Agency - AFP
Nov 22, 2020 6:20 pm

Miguel Oliveira made the most of his home advantage to win the last MotoGP race of the season in Portugal on Sunday.

Oliveira followed up his maiden victory in Styria in August by taking the title at Portimao in what was his first race in the premier class in his home country.

Morbidelli came out on top of a six-way battle for the runners-up spot, despite being pipped to second place on the last lap by Australian Jack Miller.

Italian Morbidelli finishes in the overall standings just behind Mir, who had confirmed his first world title in Valencia last weekend.

Miller's strong finish meanwhile ensured Ducati claimed the constructors' title for the first time since 2007 at the expense of Suzuki, whose hopes were dashed after a disappointing weekend for Mir.

Mir started the race in 20th and had to retire due to electronic problems.