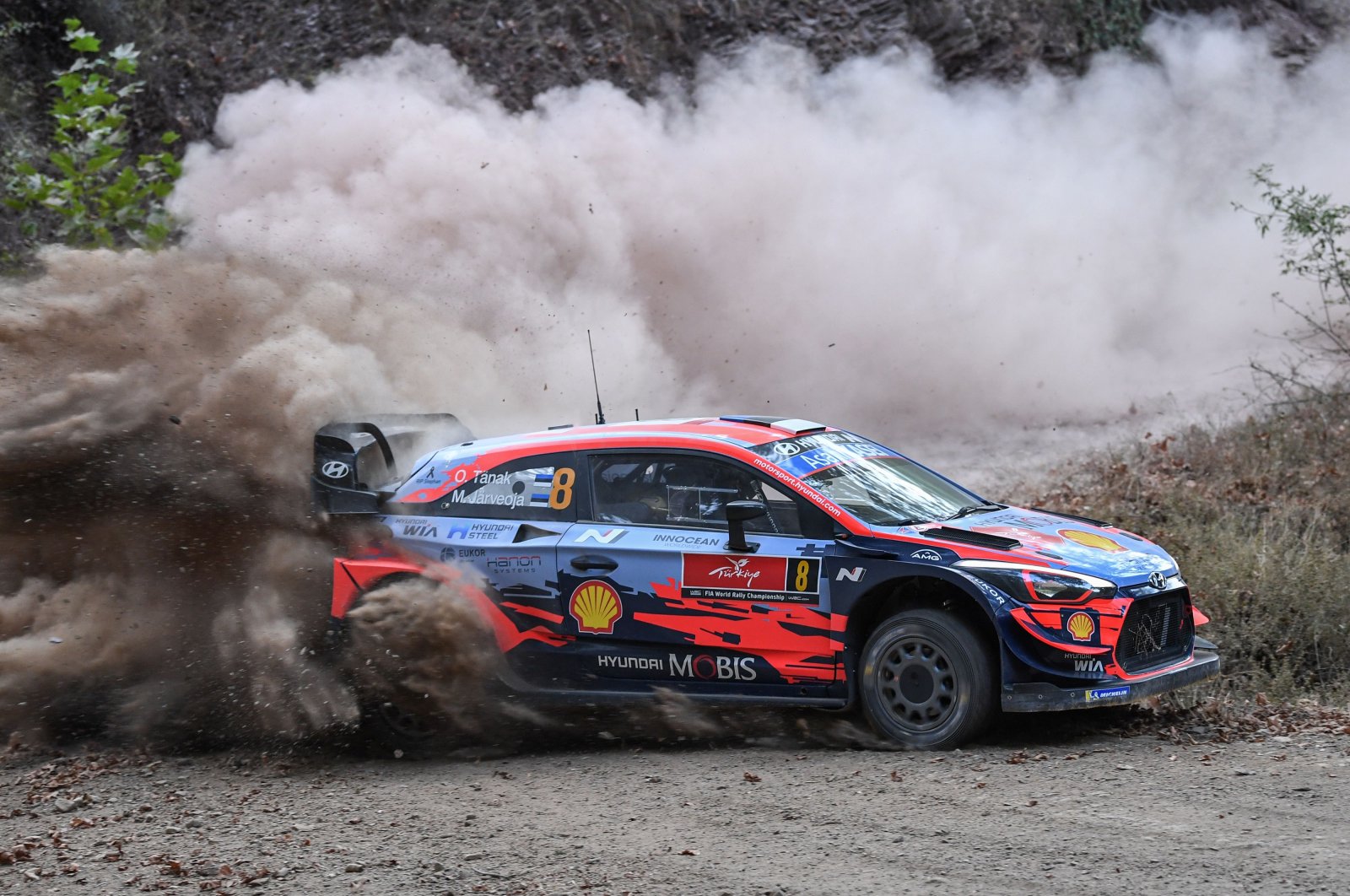 Ott Tanak of Estonia and his co-driver Martin Jarveoja steer their Hyundai i20 Coupe car during the Gökçe stage on the first day of the Rally Turkey as part of the World Rally Championship in Marmaris, Sept. 18, 2020. (AFP Photo)
by French Press Agency - AFP Sep 19, 2020 12:12 pm

Ott Tanak crashed out of the Rally Turkey on Saturday to severely dent his world championship title defense.

Tanak's Hyundai suffered a steering problem when careering off the road at full throttle toward the end of the third stage.

Both the Estonian and his co-driver escaped uninjured.

Tanak, who had breathed fresh life into his title bid when winning his home rally in Estonia, was placed seventh after Friday's opening stages.

Sebastien Ogier is now in pole position to claim his seventh WRC crown.

The Toyota driver heads the championship standings, and was in control in Turkey, the third last leg of this coronavirus-shortened season, from Thierry Neuville and Elfyn Evans, his Toyota teammate and main title rival.

In fourth came Sebastien Loeb, the nine-time champion who had topped the timesheets after Friday's two stages.