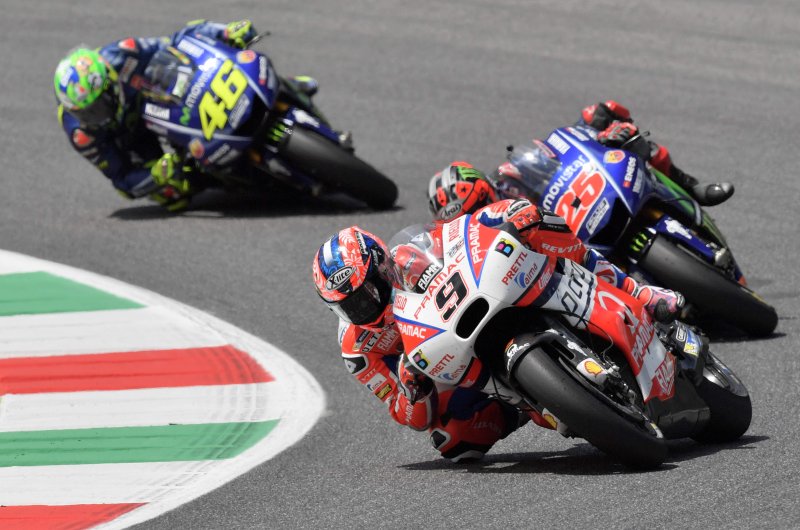 The opening race of the MotoGP season was scheduled to be held at the Losail International Circuit in Doha on March 8. (AFP Photo)
by Associated Press
Mar 02, 2020 8:32 am

Organizers have canceled the first two races of the MotoGP season in Qatar and Thailand because of travel restrictions introduced amid the coronavirus outbreak.

The season-opening race was scheduled to take place in Qatar next Sunday, at the Losail International Circuit on the outskirts of Doha.

“FIM, IRTA and Dorna regret to announce the cancellation of all MotoGP class sessions at the Grand Prix of Qatar, including the race,” organizers said in a statement Sunday. “The ongoing coronavirus outbreak has resulted in Qatar travel restrictions being brought into force that affect passengers from Italy, among other countries.”

There have been 34 deaths from the COVID-19 illness in Italy and more than 1,100 people have tested positive. All passengers arriving at Doha from Italy will be quarantined for a minimum of 14 days.

“Italy clearly plays a vital role in the championship and in the MotoGP class — both on track and off — and therefore the decision has been taken to cancel the premier class competition,” continued the statement.

The Moto2 and Moto3 classes will take place as the teams and riders were already in Qatar for the three-day official test at the track earlier this week.

“This decision is to prove that Thailand is taking serious measures against the spread of the disease among Thais and foreigners coming to the event,” Anutin said.