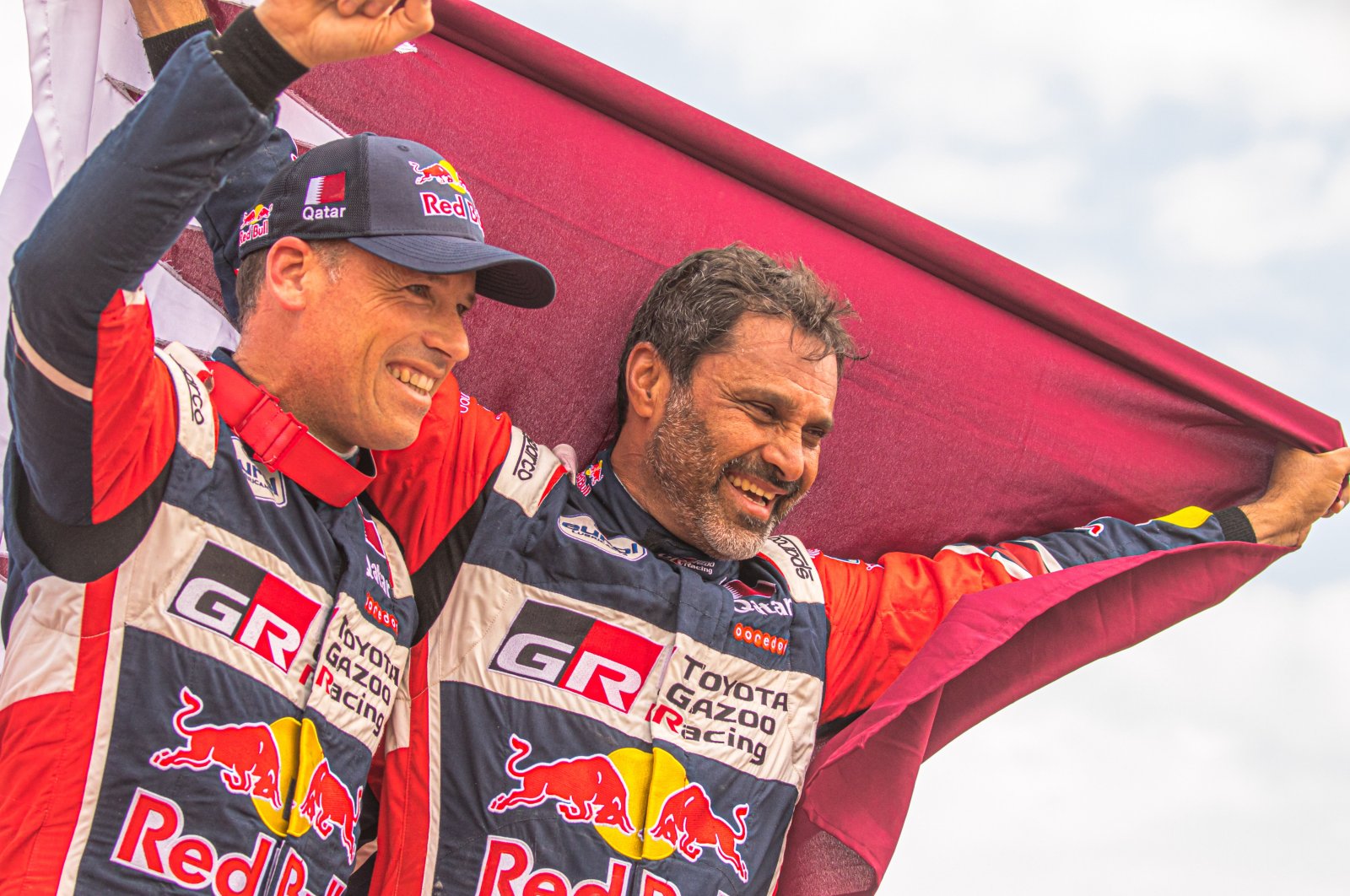 Al-Attiyah, the reigning champion for Toyota with French co-driver Mathieu Baumel, finished the final 14th stage to Dammam on the Gulf coast with a lead of 1 hour and 20 minutes over France's nine-time world rally champion Sebastien Loeb.

The Qatari, who led from stage three as rivals hit trouble, now ranks second in the list of all-time winners in the car category behind eight times champion Stephane Peterhansel of France.

Peterhansel, the "Mr. Dakar" who retired from this year's edition after crashing his electric hybrid Audi, has also won the motorcycle crown six times.

"It was really a tough Dakar for everybody but we managed to win again. It's amazing to defend our title. I am happy to win five times, Mathieu four times now," said al-Attiyah.

"We need to keep going and to win more and more. We finished Dakar and we try to defend our world championship," added the reigning FIA Rally-Raid (W2RC) world champion.

"We didn't need to really push, to be crazy. We need to accept what we get. Just to finish and win the Dakar is very important to me."

Loeb had won a record six stages in a row up to Sunday for the Bahrain Raid Xtreme team but compatriot Guerlain Chicherit took the final honors in Dammam.

On the bikes, Benavides beat Australian Toby Price, also a double Dakar champion who had started the day 12 seconds clear, by 43 seconds after winning the final sprint to victory.

"The first point is disappointment. We've come so far, but look, Kevin's done a great job," said Price, who had to turn back for two missed waypoints that cost him the race.

"Hard to take at the moment, but at the end of the day I'm going home in one piece and we got a Dakar trophy. It hurts a little bit."

Frenchman Alexandre Giroud won the quadbike title for the second year in a row.

Dutch driver Janus Van Kasteren won the truck category in his Iveco, ending a run of success for Kamaz dating back to 2017.