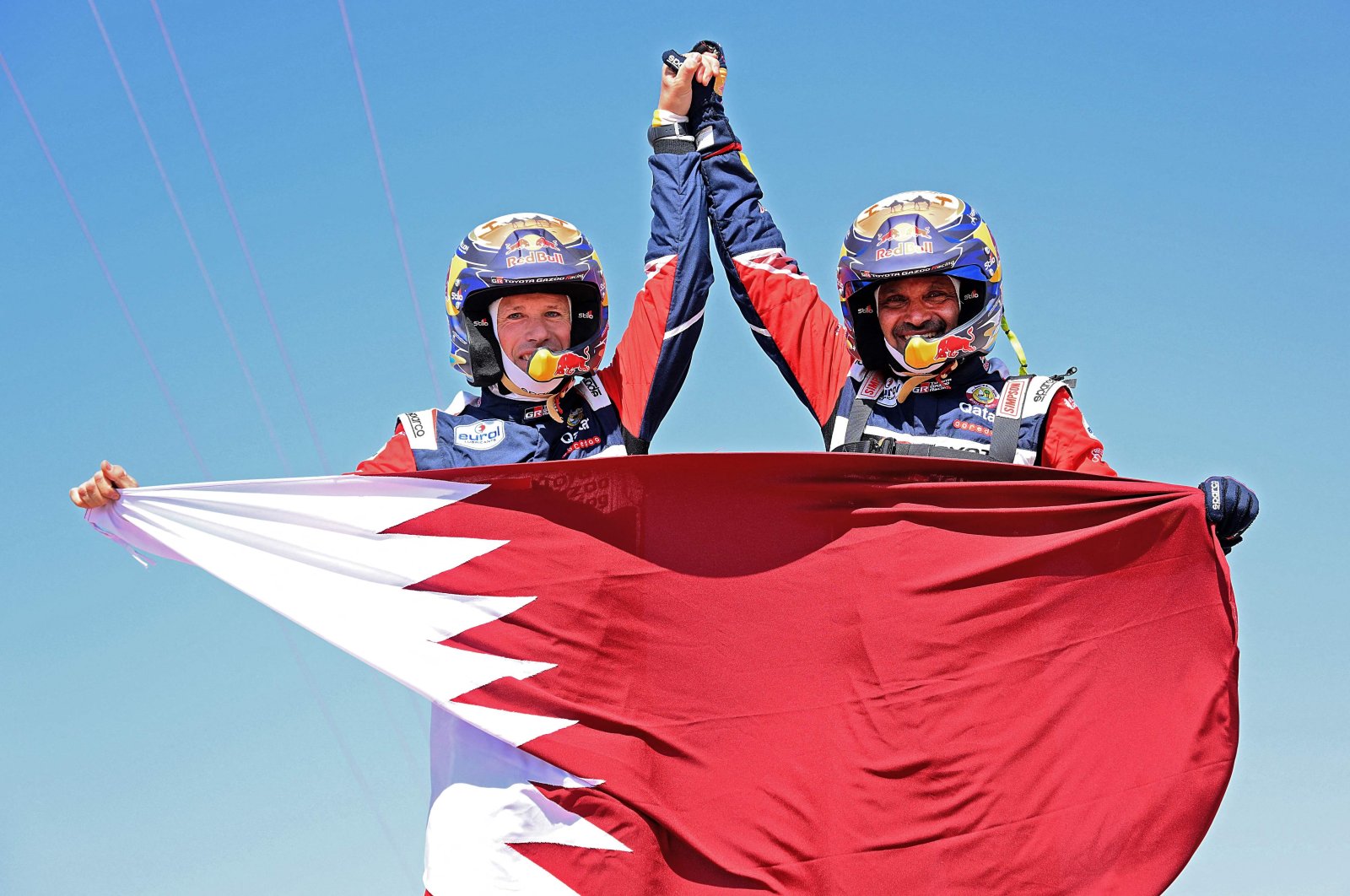 Nasser al-Attiyah of Qatar wrapped up his Dakar Rally campaign with a victory on Friday.

He won the rally for a fourth time after the grueling two-week trek through the Saudi Arabian desert came to a climax on Friday. The 51-year-old, champion in 2011, 2015 and 2019, took the overall honors by almost half an hour from France's nine-time world rally champion Sebastien Loeb.

Al-Attiyah, bronze medalist in skeet shooting at the 2012 London Olympics, led from start to finish to secure his first win in Saudi Arabia after two runners-up spots. "It was an incredible Dakar for us," said the Toyota driver. "We hadn't won since 2019.

"There were three solid teams capable of winning. Matthieu (Baumel his French co-driver) and I, the team, we all did a good job to win.

"We had finished second every time since we came to Saudi Arabia two years ago, now we're really happy to achieve our goal.

"The whole race went without a hitch."

The final stage was won by South Africa's Henk Lategan with the overall Dakar record-holder Stephane Peterhansel coming in second in his electric hybrid Audi. The German manufacturer had said prior to the race they had no aspirations of winning the overall title in what is its first entry with such a model, but they did secure several stage wins.

Sunderland, who in 2017 became the first British champion in either car or bike category, finished 3 minutes 27 seconds ahead of Chile's Pablo Quintanilla and Austrian Matthias Walkner to take the checkered flag in Jeddah. Sunderland, 32, dominated the first week, but he dueled for the overall lead in the final days and surrendered it several times before finally coming out on top. He said it had not been all smooth sailing on the final stage, which he entered with a healthy lead.

"I honestly couldn't be happier," Sunderland said. "This last stage was so difficult and so much stress ... A lot of navigation, a lot of tricky notes, a few times a bit confusing and not sure I was going the right way.

"Phew. Honestly, my head can explode. For the last 10 minutes, I was not sure whether I'd won, now they've told me and, wow, dream come true.

"Even to listen to you say it brings a little bit of emotion there.

"I had a pretty rough season, but when you win the Dakar, it's all worth it. So nice."

For Quintanilla, it was a handsome reward, having left Husqvarna to replace 2021 champion Kevin Benavides at Honda. The 35-year-old said it had been "the most stressful" Dakar for him yet, though, his spirits had been boosted throughout by his compatriots writing to him.

"I'm over the moon with this result," he said. "It was a really, really tough race. I did my best. This is a good result for me as part of a different team.

"We fought hard from day one. It was physically and mentally exhausting. But I'm really pleased with my performance in the race."

Walkner, who was champion in 2018, was ecstatic with his final placing. "If you'd said to me before the rally I could finish in the top three, I would have asked, 'Where do I have to sign?'" said the 35-year-old.

"I'm going to enjoy this podium spot, which almost feels like a victory," he said.