Quartararo a step away from MotoGP title as Rossi waves goodbye 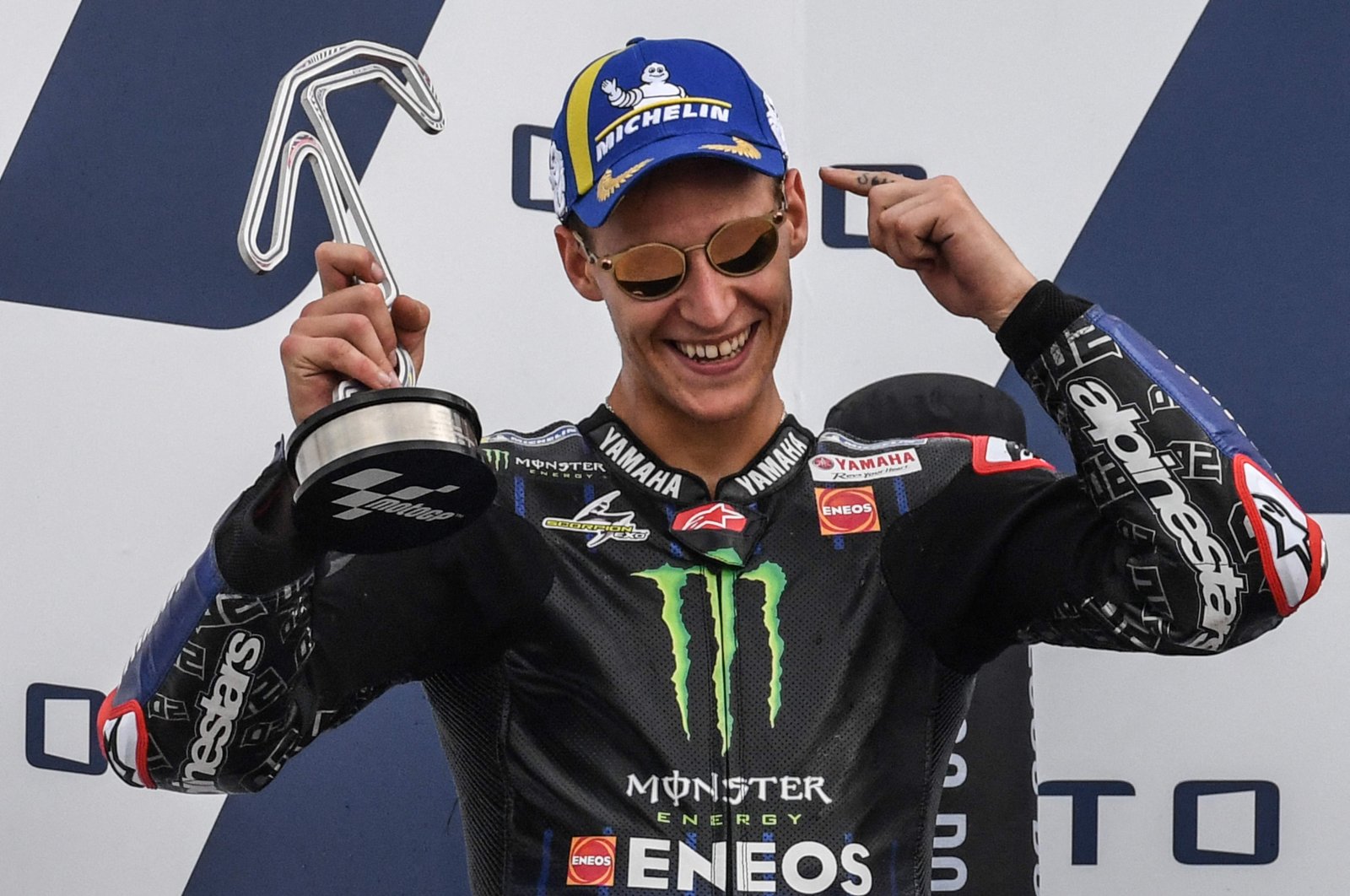 French rider Fabio Quartararo is just a step away from claiming his first MotoGP world title as Italian fans prepare to say goodbye to Valentino Rossi who will be competing in his final race at the Emilia-Romagna Grand Prix on Sunday.

Yamaha rider Quartararo, 22, is 52 points ahead of Ducati's Francesco Bagnaia, who sits second in the championship standings with three races left in the 2021 season heading into the race at Misano on Italy's Adriatic coast.

With 25 points the maximum available Quartararo will become the first-ever French MotoGP winner if he finishes ahead of home hope Bagnaia, who is hunting his own debut triumph at the age of 24.

Quartararo should be in a confident mood after his impressive second place behind Marc Marquez at the Grand Prix of the Americas in Texas last time out, which set up his bid to claim the title this weekend.

He also finished second at Misano in the San Marino MotoGP last month.

"For this final part of the competition, my mindset has changed a little. The last time we were in Misano, I was racing for the win and not thinking about the championship at all," said Quartararo.

"Of course I will still do my best as always to get the best result possible this weekend because that's what I enjoy most, but I will try to be smart about it."

Bagnaia has good reason to think he can extend the title race for at least one more GP as he held off Quartararo from pole position to win at Misano in September, having recorded a track record time in qualifying.

The former Rossi protege will be keen for another success in front of an emotional home crowd who will be there mostly to say goodbye to a motorcycling legend.

Seven-time MotoGP champion Rossi, 42, grew up riding at Misano and still only lives a short drive away from the track, with his own motorcycling team VR46 based a few miles down the road in his hometown of Tavullia.

Up to 35,000 fans are expected at the track Sunday for Rossi's final MotoGP race on Italian soil, hoping for one last flourish in front of a yellow wall of supporters.

Rossi has failed to set the track alight during his slow march towards retirement at the end of the season and sits 21st in the overall standings after only making the top 10 twice all season.

He finished a lowly 17th at Misano in September, which was also an occasion for fans to hail one of Italy's sporting icons.

"The previous race in Misano was already a really emotional moment for me," said Rossi.

"This one will be a special race at home and I really hope the Italian fans can enjoy it."