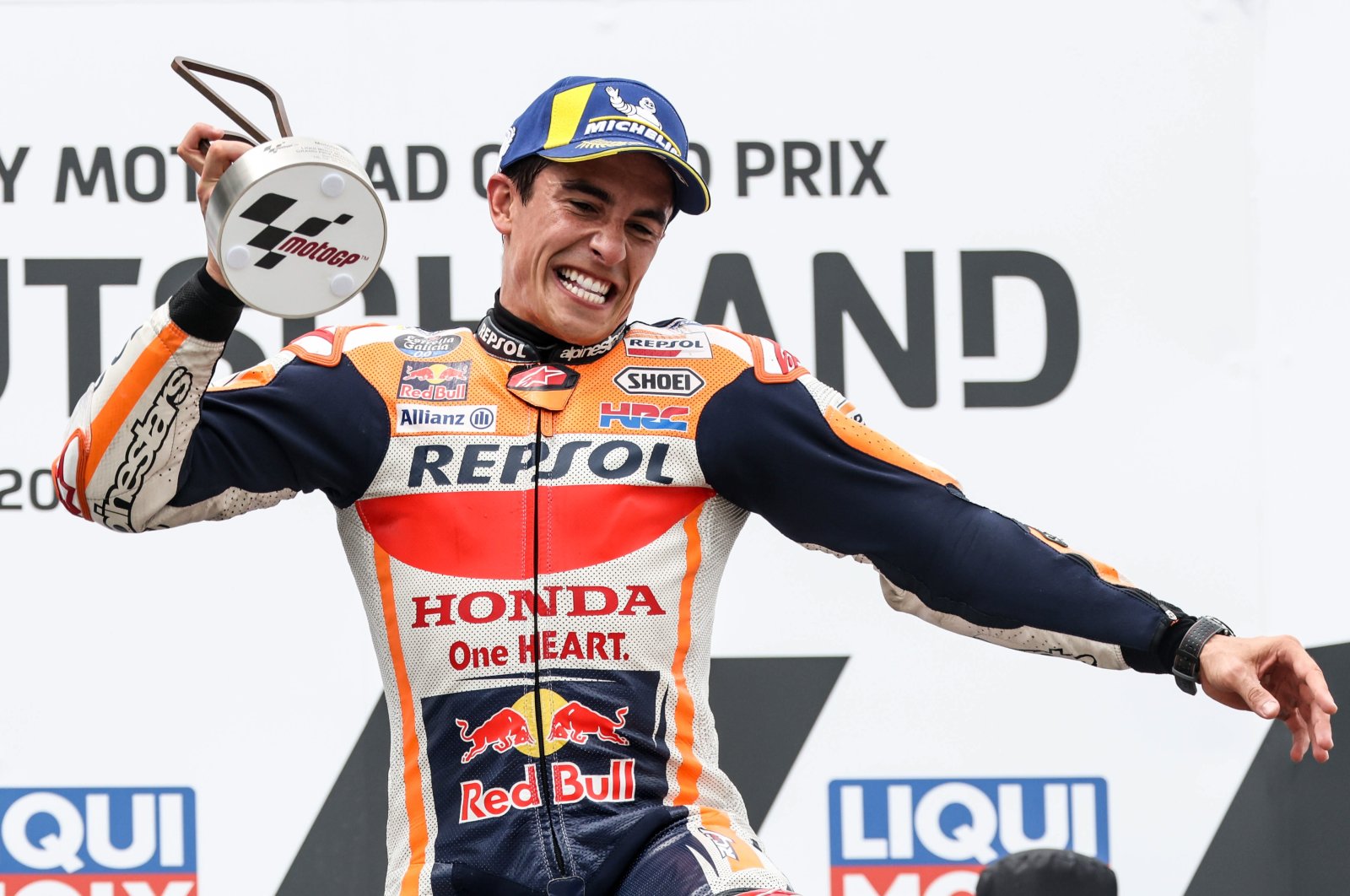 Repsol Honda's Spanish rider Marc Marquez left behind his 18-month struggle as he dominated in the rain at the Sachsenring to win the German MotoGP on Sunday.

Marquez started on the second row of the grid but burst through at the start and was battling for the lead with fellow Spaniard Aleix Espargaro of Aprilla when the rain started to fall.

"The victory was a low possibly, but when I saw a few drops on laps four and five I thought: 'this is my race'," he said.

"When more drops fall, I pushed more. I take a risk. Then the second race started with Oliveira."

Catalonia GP winner Oliveira emerged from the pack to give chase but was more than a second back.

The laps followed a consistent pattern.

Marquez, who is still recovering from the complicated break to his right arm, gained time turning left and lost time on right-handers. But he managed to preserve a cushion of more than a second.

"It was a little cat and mouse all race," said Oliveira. "He was faster in some sectors, I was faster in others. We battled at a distance."

Marquez held on for what was clearly an emotional victory.

"It was hard to concentrate because of all the memories and all the sensations of the past year," said Marquez, pausing to avoid breaking down and to maintain the delighted grin on his face.

It was his 11th straight victory at the Sachsenring, which like him was off the MotoGP circuit last season, but it was the first for him and the Honda team since Valencia in November 2019.

"We did it!" he said. "We will do it again. We are in a complicated situation but we will try to keep this level."

Quartararo, meanwhile, increased his lead in the championship on a track that does not suit his Yamaha in contrast to Assen, home of the Dutch MotoGP next weekend.

"This podium is gold," said Quartararo. "All weekend we have been struggling. Now I'm looking forward to Assen, one of my favorite tracks."

Quartararo now holds a 22-point edge over compatriot Johann Zarco who was eighth on his Pramac Ducati.

South African Brad Binder was fourth on a KTM.

The factory Ducatis of Italian Francesco Bagnaia and Australian Jack Miller were next and remain fourth and third in the standings.