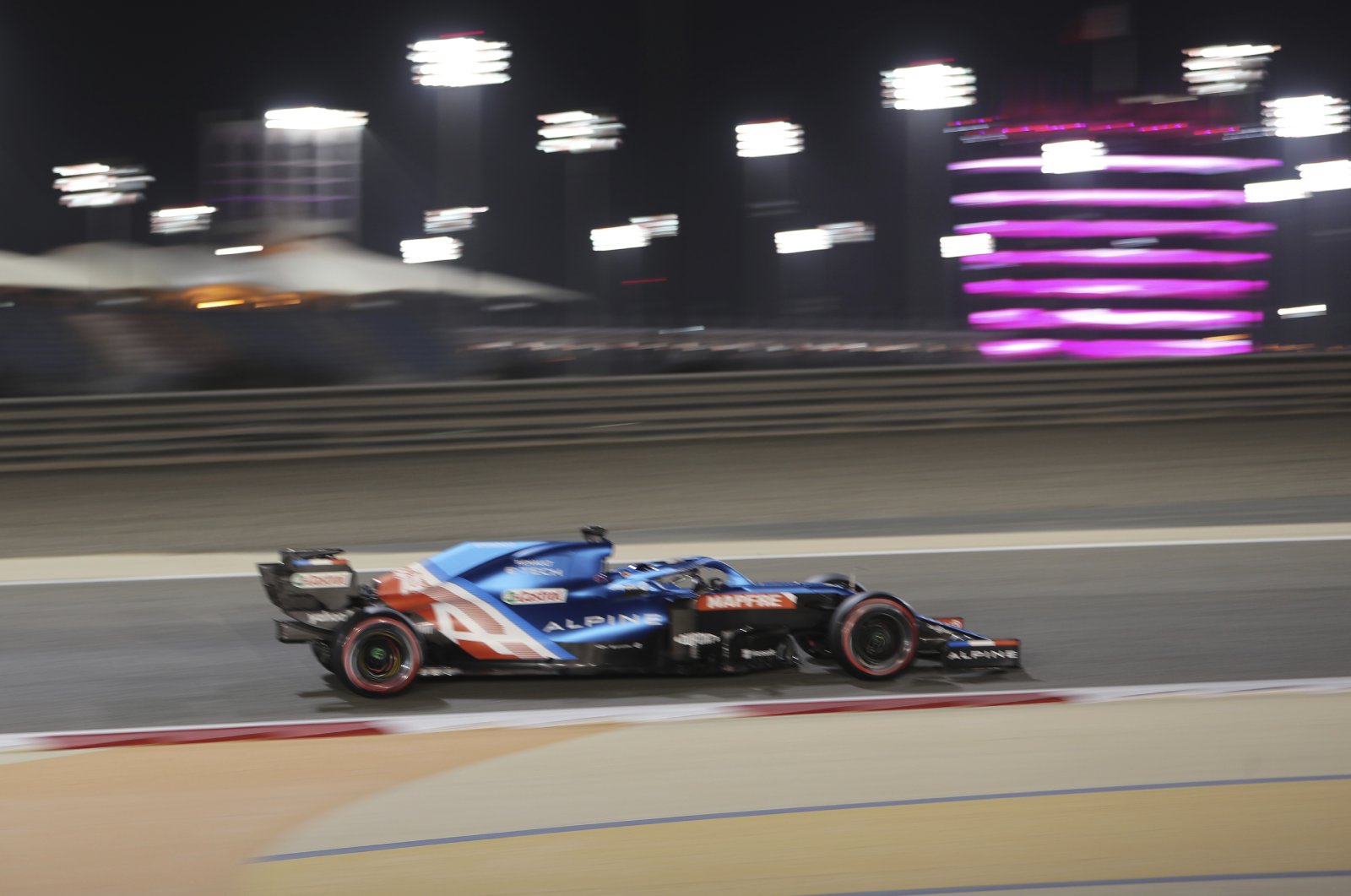 Alpine driver Fernando Alonso of Spain steers his car during the qualifying session for the Bahrain Formula One Grand Prix, at the Bahrain International Circuit in Sakhir, Bahrain, March 27, 2021. (AP Photo)
by Reuters Mar 29, 2021 8:20 pm

The Spaniard retired from his first race since 2018 after the car's rear brakes overheated.

"After the second stop, a sandwich wrap paper got stuck inside the rear brake duct of Fernando’s car, which led to high temperatures and caused some damage to the brake system," said team executive director Marcin Budkowski.

"So we retired him for safety reasons."

Alonso had qualified ninth for the race at Sakhir but retired on lap 32.

"The start was fun, we gained some places and I had some enjoyable battles with old colleagues. However, it was disappointing to not see the chequered flag in the end," said the 39-year-old.

Sunday's season-opener had fans in attendance after organizers made tickets available to those fully vaccinated against COVID-19 or who had recovered from the virus. Most of last year's grands prix were behind closed doors.

"It's the first time we have seen fans in a long time and it's so good to see people out here and everyone keeping their distance and staying safe," seven-time world champion Lewis Hamilton said after winning the race for Mercedes.