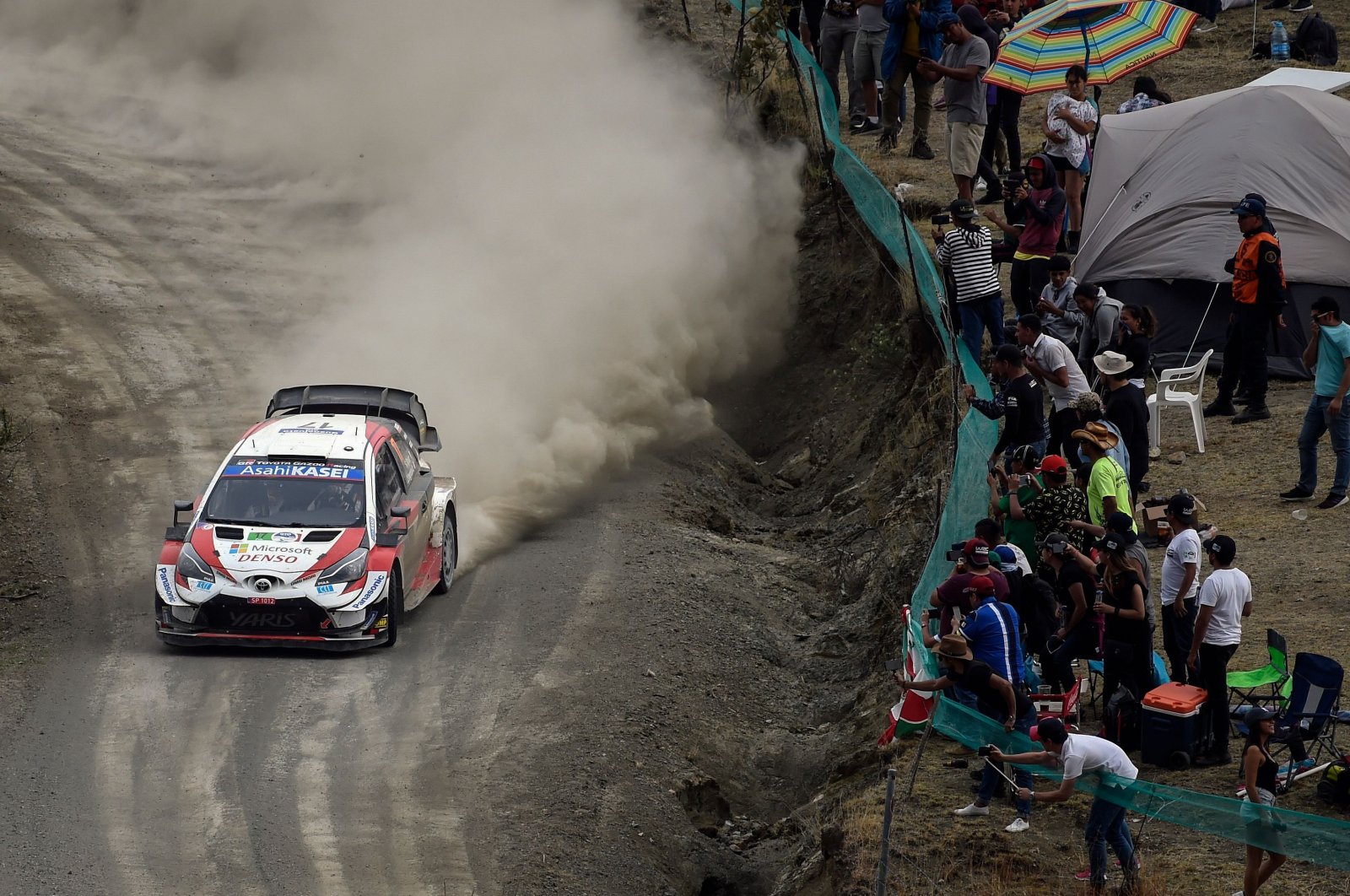 French driver Sebastien Ogier said the Rally Mexico should never have taken place after powering to a first win for his new team Toyota in Mexico.

The race was cut short by a day due to the coronavirus, but the rally winner himself said it should never have been raced at all given the circumstances.

"Of course a win is a win," said Ogier, who led the championship standings after this third rally on the circuit.

"But respect for human life should be placed above all other things, and if we put our fans in danger, then a victory is worthless," said the 36-year-old six-time world champion.

The racing on Sunday should have comprised three specials, but the rally was terminated after the second full day, with Ogier 27 seconds ahead of defending world champion Ott Tanak of Hyundai.

Tanak led the early action Friday before suffering a badly damaged suspension when hitting a rock that saw him drop from first to fourth in one of Saturday's early runs.

After a bad crash ruined his chances in Monte Carlo, Tanak was furious with himself Sunday.

"That accident was my fault, I take all the blame, we had everything in place to win before that," said the Estonian.

Welsh Toyota driver Elfyn Evans had a steady weekend coming fourth in his Toyota and dropping from the top of the world championship standings to second some eight points behind Ogier.

The Toyota man praised his car's performance here in the dust and gravel after steering it to victory in the snow and cold in Sweden.

"The Yaris WRC felt good for our first rally on gravel," he said.

"Not an easy weekend, but fourth place after opening the road all of yesterday is not so bad," said the 31-year-old.

Finnish prodigy 19-year-old Kalle Rovanpera was again in the mix coming fourth in his Hyundai after coming fifth at Monte Carlo and fourth in Sweden.

Otherwise, it was a weekend to forget for Hyundai as Spain's Dani Sordo overheated his engine and Belgian Thierry Neuville suffered an electrical problem.

"This was a tricky rally whichever way you look at it," said Hyundai team principal Andrea Adamo.

"We should have been up there because the car was performing better," he said.

Even though Mexico has been little affected by the coronavirus, the organizers and local government cut the final day's action on Saturday.

"This will allow teams and the media to return to their countries with the anticipation of the imminent closure of their borders because of COVID-19," said Mexico Rally Director Patrick Suberville.