Title hopefuls Verstappen, Hamilton out of Italian GP after collision 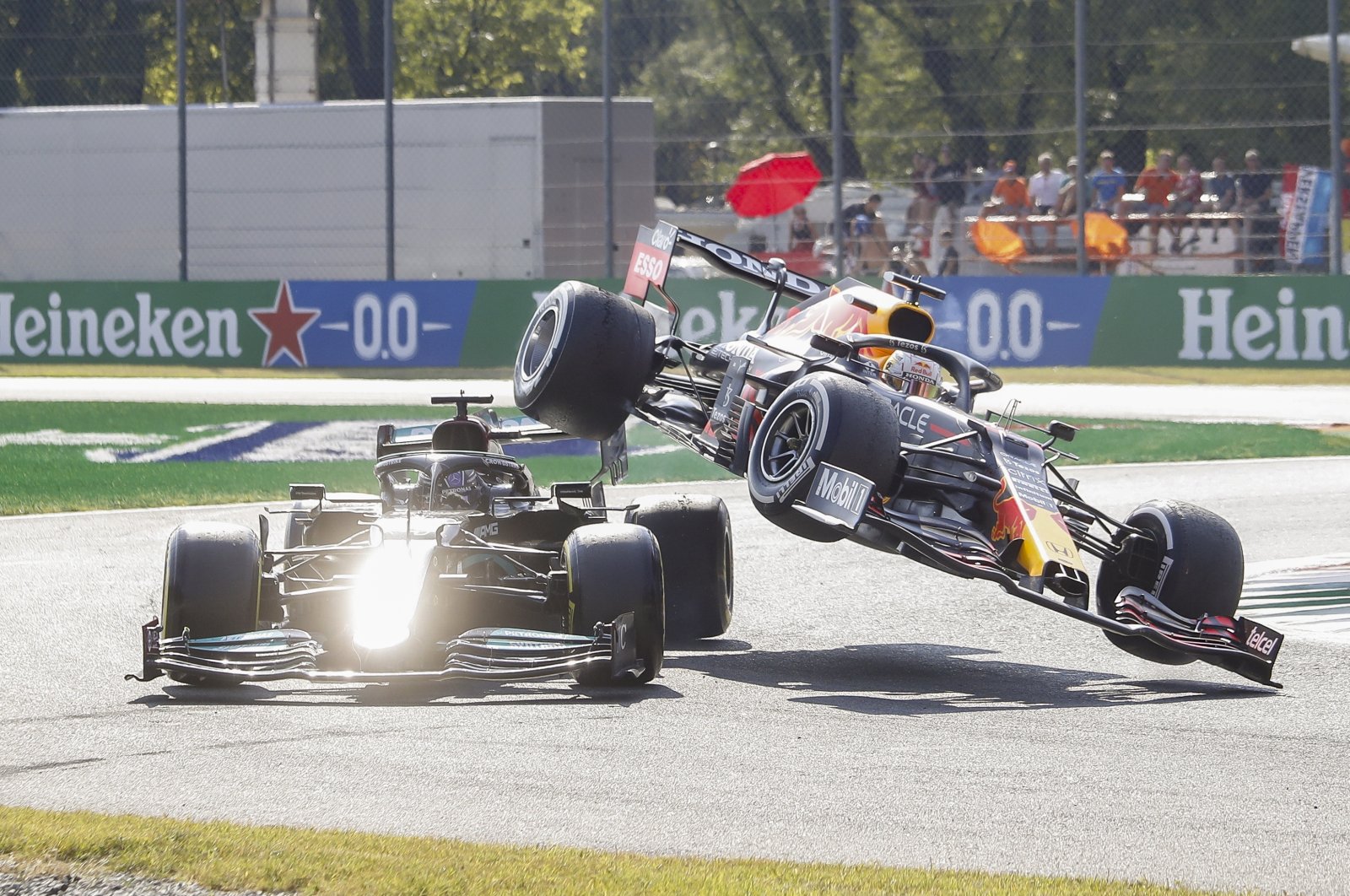 Formula One championship contenders Max Verstappen and Lewis Hamilton both crashed out of the Italian Grand Prix at Monza on Sunday after hitting into each other halfway through the race.

Reigning champion Hamilton and championship leader Verstappen crashed into each other after Hamilton reentered the Monza track from the pit lane.

Red Bull driver Verstappen tried to dart past Hamilton just after the Briton's pit stop but ended up with his back wheel rolling over the top of his rival's Mercedes, narrowly missing Hamilton's head.

Both drivers then slid into the gravel and were forced to retire from the race, which Hamilton was hoping to make his 100th Grand Prix victory.

Instead, the Briton stays five points behind Dutchman Verstappen in the drivers' standings in his hunt for a record eighth F1 title.