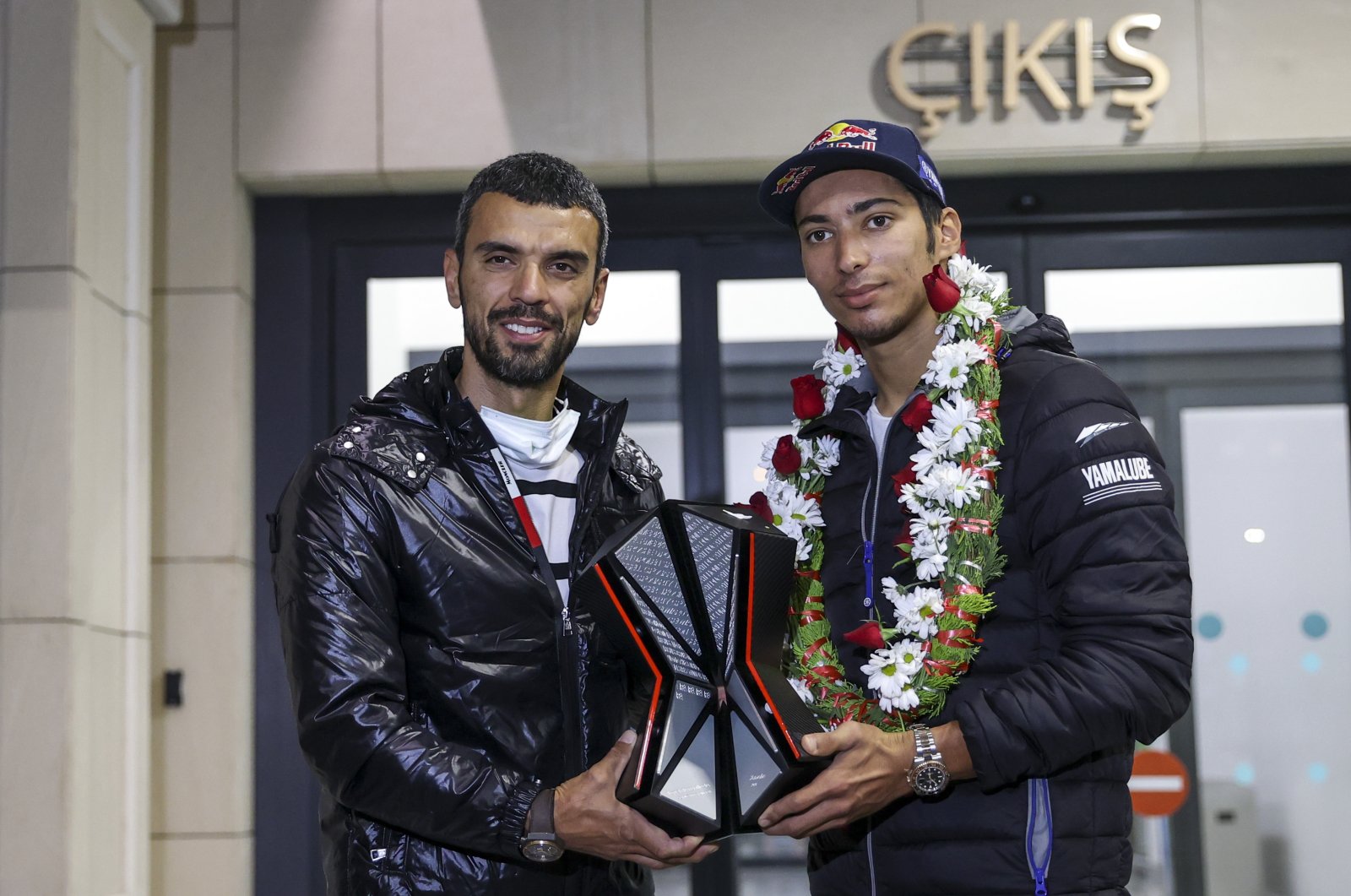 Toprak Razgatlıoğlu, who last week became the first Turkish in history to win the Superbike World Championship, returned home to Istanbul on Tuesday.

“It was a very tough season. After an eight-month season, we have become world champions.

"Being a world champion is the dream of all young athletes. We have achieved this dream. It is so proud to be welcomed in this way in Turkey,” Razgatlıoğlu said.“It was the first time a Turkish has become the world champion in this category. We hope to keep this success in the coming years as well. I will work for the better,” he added.“If we have a successful season in 2022, we can race in MotoGP 2023,” Razgatlıoğlu told a press conference.

The 25-year-old Turkish rider won the 2021 Superbike World Championship in Indonesia earlier Sunday.The race at the Pertamina Mandalika International Street Circuit saw Jonathan Rea, the British racer of the Kawasaki team, claiming victory in Race 1, but Razgatlıoğlu’s second place was enough for him to be crowned the champion.Race 1 was delayed temporarily and shortened to 20 laps from 21 due to rain, however, all riders kicked off on slick tires.Razgatlıoğlu, who started the race in the pole position, finished in second place, covering the distance in 1 hour and 34.288 seconds.

He was followed by British racer Scott Redding who run for Aruba.it Racing-Ducati in 1:34.587.Rea, 34, came first with 1:34.413 seconds.With a total of 551 points, Razgatlıoğlu was 25 points ahead of second-place Rea and became the first Turkish athlete to claim the Superbike World Championship title.