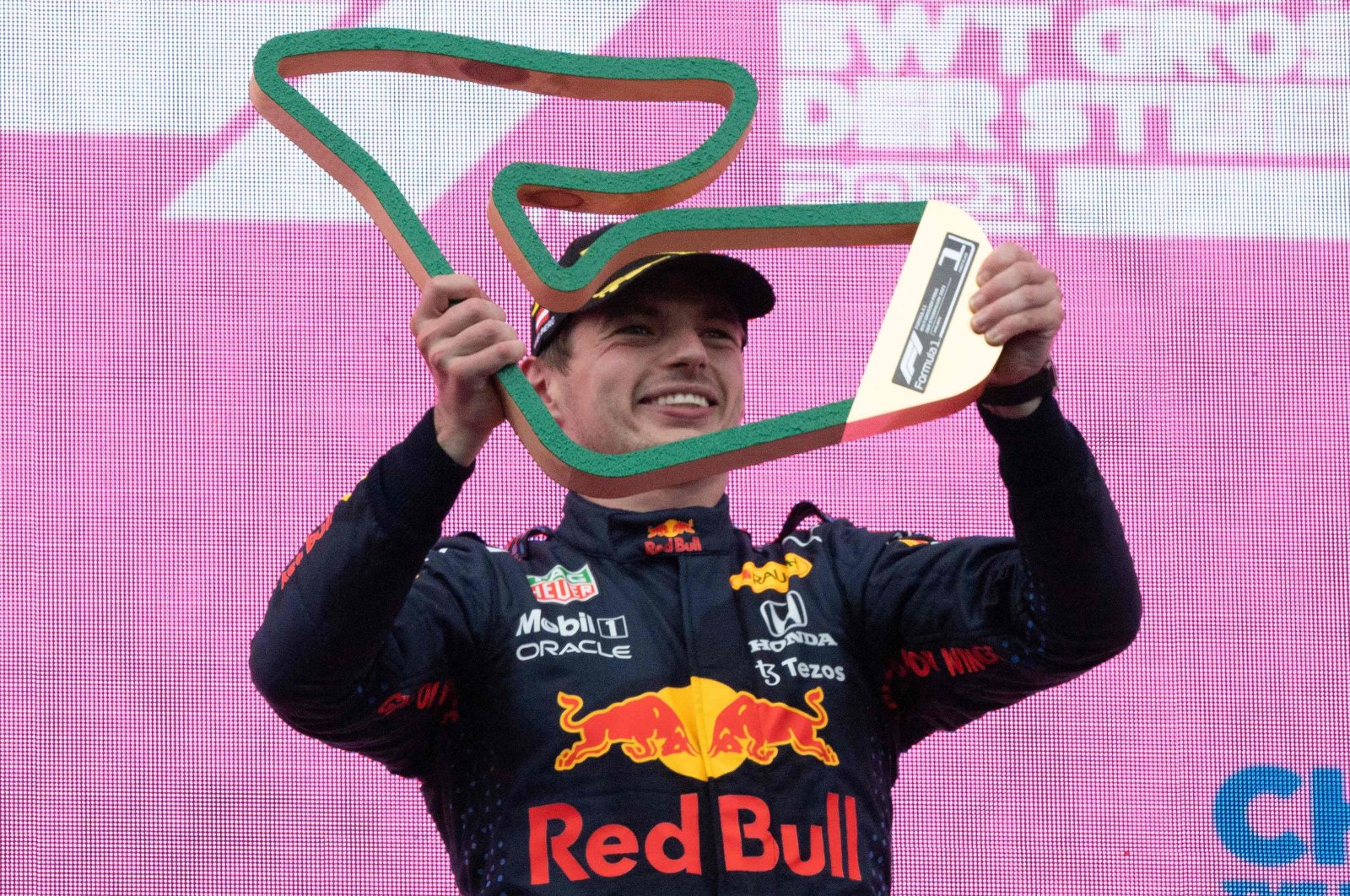 Hamilton rolled in a distant second in his Mercedes, complaining that the Red Bulls are "faster, they're just faster."

The Dutchman started from pole in his Red Bull, led throughout and finished more than 35 seconds ahead of Briton Hamilton.

Even though Finn Valtteri Bottas, who started from the pit lane, was third, edging out the second Red Bull of Mexican Sergio Perez, it was a day that suggested momentum has shifted from Mercedes

"That is the most dominant win we've had so far this season against Mercedes," said Red Bull team principal Christian Horner after his team's fourth straight victory.

Verstappen, who has claimed three of those victories, agreed.

"Looking at the gap in the end, yes," he said. "But above all, the overall balance of the car was the best so far."

Mercedes have won the constructors' title the last seven seasons. In that span, Hamilton has won six driver titles, interrupted only by then-teammate Nico Rosberg in 2016.

A fourth straight race without a victory represents a significant drought.

"It's been the first race in eight years where we were lacking pace," said Mercedes team boss Toto Wolff.

On Sunday, Verstappen dominated and increased his lead over Hamilton to 18 points while Red Bull, sponsored by an Austrian company, increased its lead in the constructors' championship to 40 points.

"Unbelievable. The car was on fire," Verstappen on team radio at the finish. "Another win at home feels really good."

"It's looking really good," he said after climbing out of his car. "We just have to keep pushing really hard and I'm confident we can do a really good job again."

Hamilton spent much of the race expressing frustration on his inability to cut into Verstappen's lead as once again Mercedes were not quite as quick as Red Bull, although he did pick up a bonus point for the fastest lap time.

"It was a bit of a lonely race really," Hamilton said. "I was trying to keep up with those guys but, the speed they have - they've obviously made some big improvements. Impossible to keep up."

"They continue to keep pulling out those laps – and on the straights we lose a lot. Nonetheless, we got good points as a team today and we've just got to keep pushing."

"They're faster, they're just faster. There's not a lot I can do in that respect. I've just got to keep trying to do the best I can do each weekend."

Bottas, who started from the third row after a three-place penalty for spinning in the pit lane, was happy with his finish.

"I think from where I started, this was the maximum today, so it's good," he said, adding that it was "important be in between" the Red Bulls.

'Fight is not over'

Carlos Sainz was sixth for Ferrari. Monegasque Charles Leclerc clawed his way through the field after having to pit after wrecking his Ferrari in a lap-one crash to finish seventh.

Wolff did not offer much hope but promised Mercedes would keep fighting.

"We have stopped developing for this year and we have to put our heads together and get the best out of that power unit," Wolff said.

"We were lacking pace but we will be doing the best we can and fighting back. We just didn't have the tools today to win - but the fight is not over."

Mercedes have a week before battle resumes on the same track for the Austrian Grand Prix.