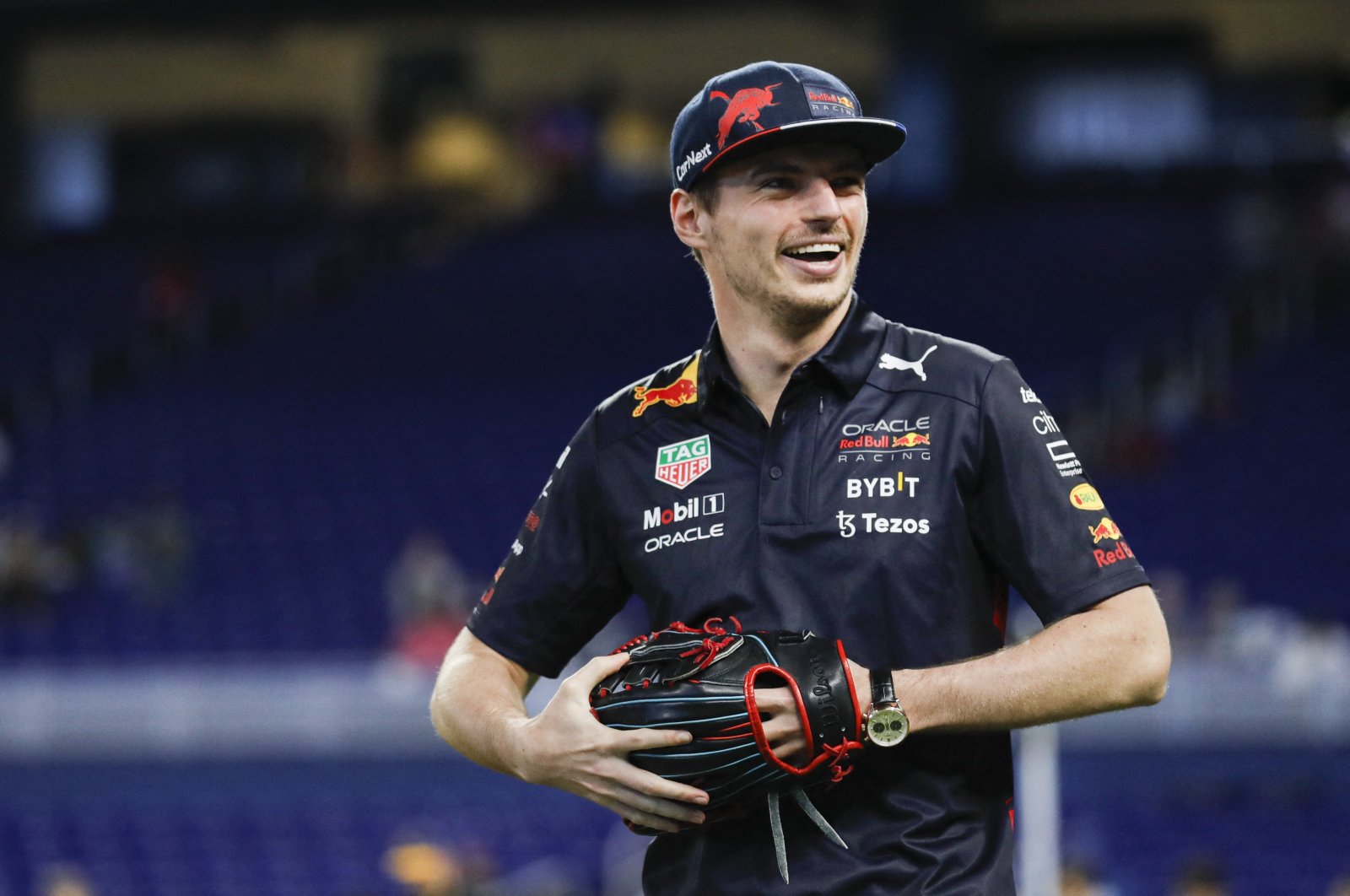 Reigning Formula One world champion Max Verstappen is trying to look past all the hype as he bids to win the inaugural Miami Grand Prix this weekend and trim Charles Leclerc's lead with a third win of the season.

Fresh from victory at the Emilia Romagna Grand Prix where he led Sergio Perez home in a resounding Red Bull one-two, the 24-year-old Dutchman arrives in Florida trailing championship leader Leclerc of Ferrari by 27 points.

After four races, both drivers know there is a long way to go in the title race and will be aware that their long-awaited Formula One duel has captured the imagination ahead of Sunday's keenly-anticipated contest.

Round five of the new era battle between a younger generation of racers takes place at the self-styled Miami International Autodrome, a fast street track built around car parks at the Hard Rock Stadium in Miami Gardens.

The stadium is, by rich irony, home to the NFL's Miami Dolphins whose name serves to remind F1's bruised drivers of the pain generated by their new ground effect cars this season as they bump up and down, "porpoising" at high speeds on the straights.

"It is an exciting new challenge and a step into the unknown," said Toto Wolff, team boss of champions Mercedes whose cars have suffered extreme porpoising this year.

"The track looks demanding, with a real mix of low and high-speed corners, and it's set to be a spectacular showcase for the sport to a growing U.S. fan base. We're set for a fantastic event."

The race will be the first of two in America this year, adding to the successful United States Grand Prix held in Austin, Texas, and pre-event hype has drawn suggestions that it will be F1's answer to the Super Bowl, complete with A-list celebrities and vast crowded hospitality areas.

A third American race in Las Vegas is scheduled to join the calendar next year.

"I think this weekend is going to be pretty crazy," said Verstappen. "I'm looking forward to the racing – I've driven the track on the simulator and we've practiced and prepared as much as we can without visiting in real life.

"I love racing in Austin, so it's fun that we get to go to another state exciting to see F1 getting so much bigger in the U.S."

"It looks positive," said Alfa Romeo's Valtteri Bottas, when asked about the track layout and prospects for good racing. "Let's see how it goes in real life. To me, on paper, it looked good. As an event, I'm sure it will be amazing."

While Leclerc and Verstappen are the main attractions, there will also be much interest in the ongoing struggles of seven-time champion Lewis Hamilton of Mercedes after a poor start to the season.

Without a win in four races, he is already 58 points behind Leclerc and has written off his own hopes of a title challenge, but he has been contradicted unexpectedly by Red Bull team boss Christian Horner.

Horner told the respected F1Nation podcast: "Lewis had a horrible weekend, but he hasn't forgotten how to drive. Only five races ago, they were fighting for a world championship.

"They'll get that car sorted out and he can still be a factor in this championship. We don't underestimate any of our opponents."

Hamilton finished 13th at Imola where teammate George Russell endured acute spinal pain on his way to fourth and both have been in the Mercedes simulator since to help fix and develop their troublesome car.

"Since then, we have learned as much as we can," said Wolff. "In the wind tunnel and in simulations and found several directions for improving the car.

"We will be conducting experiments in Miami to correlate those simulations and hopefully confirm a development path for the coming races. Both drivers have been in the simulator and the factories have been producing updates."

In front of a sold-out weekend crowd of around 420,000, Mercedes will be desperate to end their early-season agonies and rediscover competitive pace and performance in a key market for car sales for all the big brands.

But Ferrari and Red Bull, like McLaren, Renault and home favorites Haas, are unlikely to make it easy.