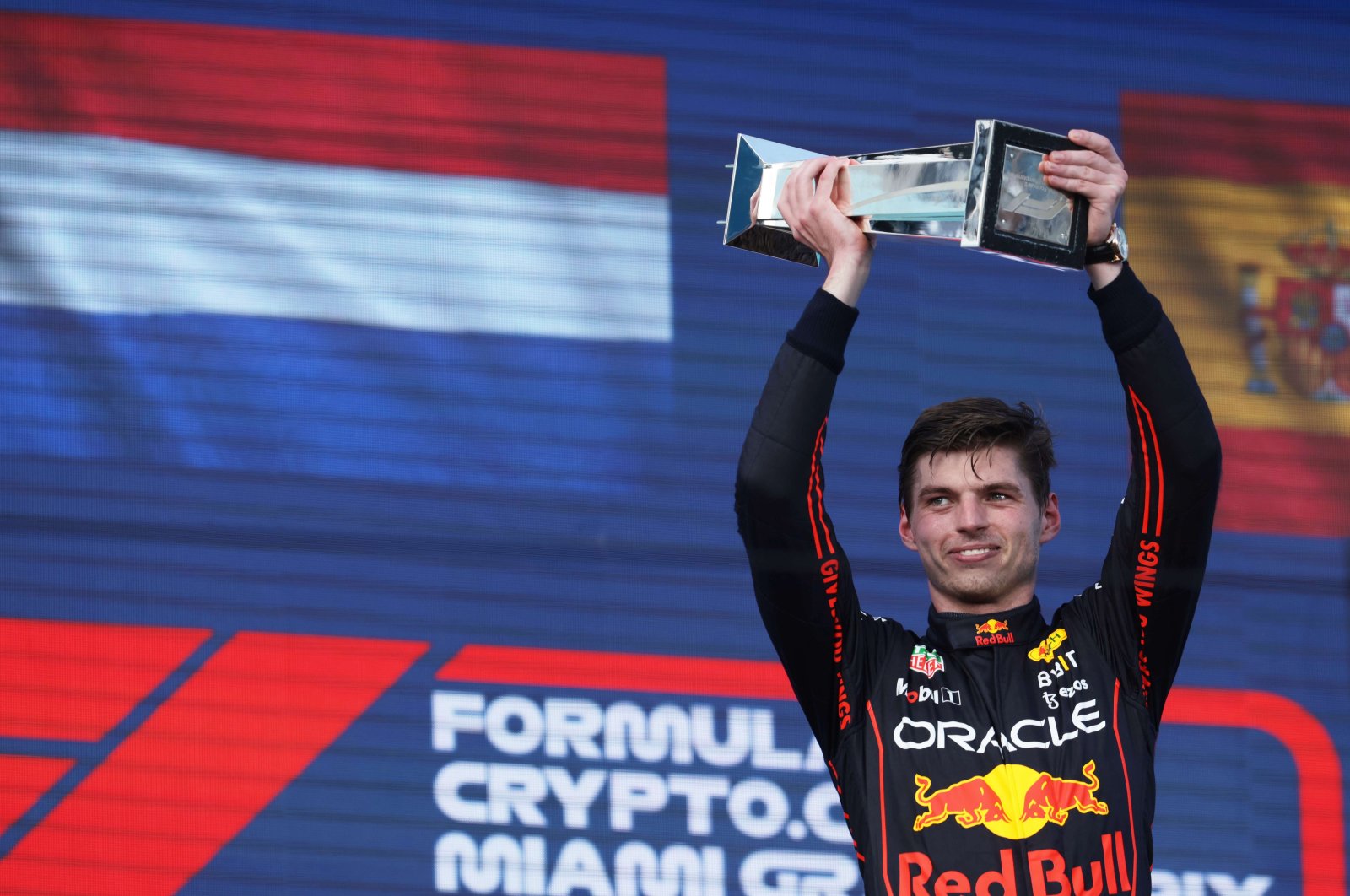 The win in Miami was Verstappen's third this season and second in a row. It came after the Red Bull's Dutchman made two crucial overtakes around the Ferrari drivers who were in pole positions

The victory was the Dutch driver's third of the season, and second in a row, and he made it happen with a crucial overtake around the outside on Sainz at the start to seize second place before blasting past Leclerc on the ninth of the 57 laps.

Verstappen, who also made sure of the bonus point for fastest lap, had looked to be cruising to victory until McLaren's Lando Norris collided with AlphaTauri's Pierre Gasly and crashed on lap 41, triggering the safety car.

That allowed Leclerc to close the gap and get back into contention over the final 10 laps.

"It was an incredible Grand Prix," said Verstappen, who has won every race he has finished so far this season and was handed his winner's trophy by Dolphins NFL quarterback great Dan Marino. "(It was) very physical but I think we kept it exciting until the end."

The race drew a cast of A-list celebrities, sporting greats and a sellout crowd as Formula One basked in a wave of popularity fuelled by the Netflix docu-series "Drive to Survive."

"It’s been insane. I’ve never known such interest, such passion and a huge, huge event," said Red Bull boss Christian Horner. "I think it’s been great for the American public to tune into Formula One. ... it’s been a great event and an exciting race in the end as well."

What was a slow burner in the energy-sapping humidity provided some fireworks at the end with the safety car bunching up the field, putting Leclerc right on Verstappen's tail with five laps remaining.

"On the hard (tires) we were very competitive and towards the end I thought I could get Max at one point but today they had the advantage in terms of pace," Leclerc said.

Perez, who lost speed with a sensor issue that the team fixed, tried to pass Sainz on lap 52 but overcooked his move, with the Spaniard forcing his way back in front and staying there despite the Mexican's fresher tires.

George Russell continued his record of finishing every race so far in the top five, with Mercedes teammate and seven-time world champion Lewis Hamilton sixth after a brief battle between the two.

Russell, starting 12th but helped by pitting during the virtual safety car phase and having the advantage of fresher tires, passed Hamilton twice on track.

He handed back position after the first overtake because he had benefited from going wide but re-passed him immediately afterward.

Valtteri Bottas was seventh for Alfa Romeo with Alpine's Esteban Ocon eighth in a stirring fightback after being unable to take part in Saturday's qualifying due to a practice crash that forced the team to change his car's chassis.

There was heartbreak for Mick Schumacher, who had been having his best race to date and looked like taking his first point in Formula One until he collided with Aston Martin's Sebastian Vettel.

Vettel and teammate Lance Stroll had both started from the pit lane after a fuel temperature problem stopped them from going to the grid.