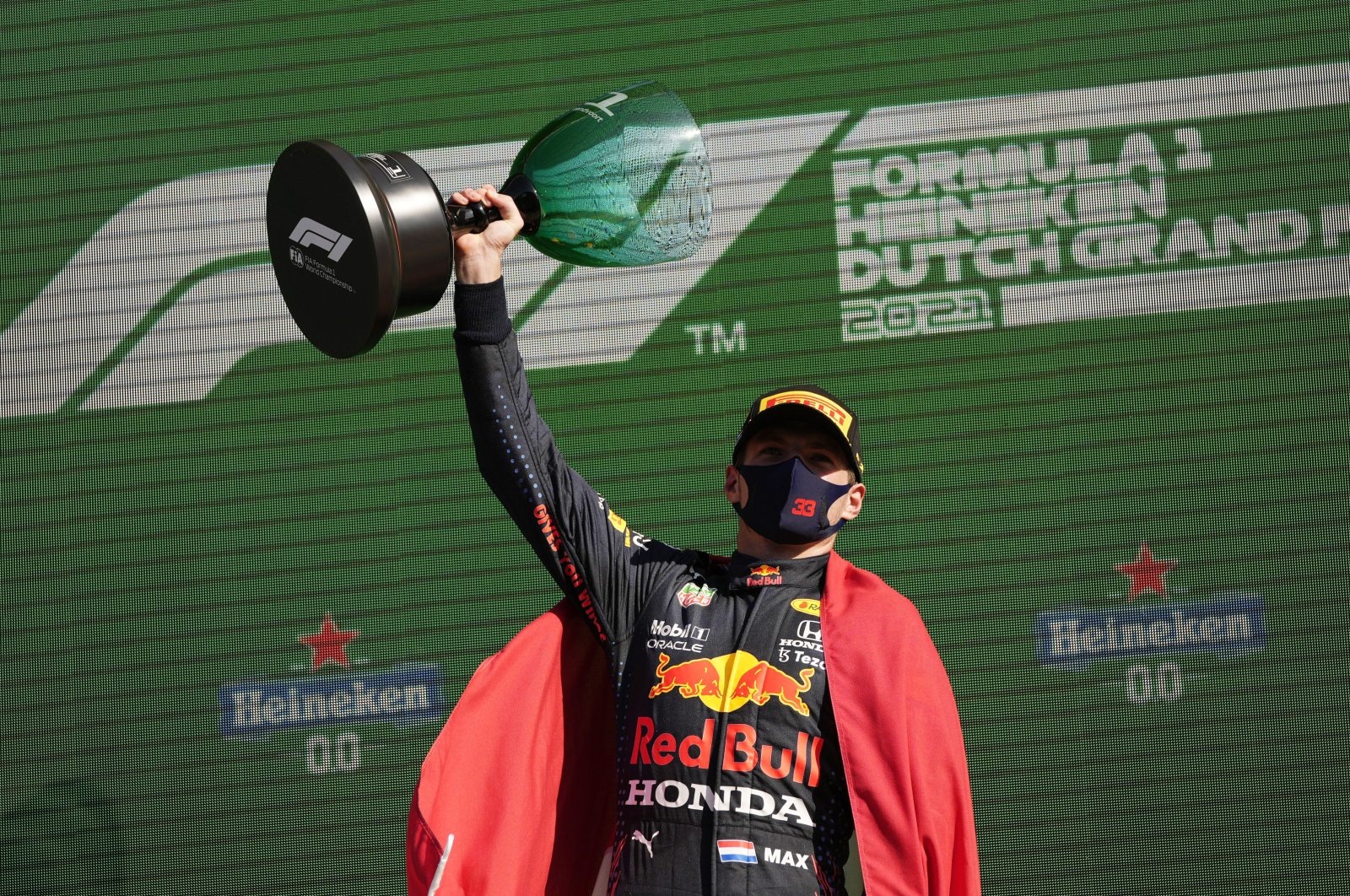 Red Bull's Max Verstappen celebrates on the podium after winning the Formula One Dutch Grand Prix at the Circuit Zandvoort, Zandvoort, the Netherlands, Sept. 5, 2021. (Reuters Photo)
by REUTERS Sep 05, 2021 6:25 pm

In front of a roaring, dancing army of fans hailing their hero with orange flags and flares, the 23-year-old dominated from pole position to take the chequered flag, in the first Dutch Grand Prix for 36 years.

He finished 20.932 seconds ahead of Mercedes' Hamilton.

Hamilton's Finnish teammate Valtteri Bottas completed the podium, moving up to third in the championship, with the rest of the field all lapped by Verstappen.

Hamilton took a bonus point for the fastest lap but Verstappen overturned a three-point deficit to go three points clear of Hamilton, with 224.5 to the Briton's 221.5.

The victory was Verstappen's seventh in 13 races, with nine rounds remaining, and set off a gigantic beachside party.

"As you can hear, it's incredible," said the winner over the roar of the crowd.

"Obviously, the expectations were very high going into the weekend and it's never easy to fulfill that, but I'm of course so happy to win here, to take the lead as well in the championship as well.

"It's just an amazing day. Just the whole crowd, It's incredible."

Hamilton also hailed the 70,000-strong crowd for its passion and enthusiasm.

"What a race, what a crowd," he said. "It's been an amazing weekend. Max did a great job, congratulations to him. I gave it absolutely everything today, flat out. I pushed as hard as I could but they were just too quick for us."

Ferrari's Carlos Sainz was seventh with Red Bull's Mexican Sergio Perez Driver of the Day after racing back to eighth from a pitlane start.

Mercedes continued to lead the constructors' championship with 344.5 points to Red Bull's 332.5.

AlphaTauri's Japanese rookie Yuki Tsunoda and Haas's Nikita Mazepin were the only retirements.

The Italian Grand Prix at Monza follows next weekend.