Vettel to leave Ferrari at end of F1 season 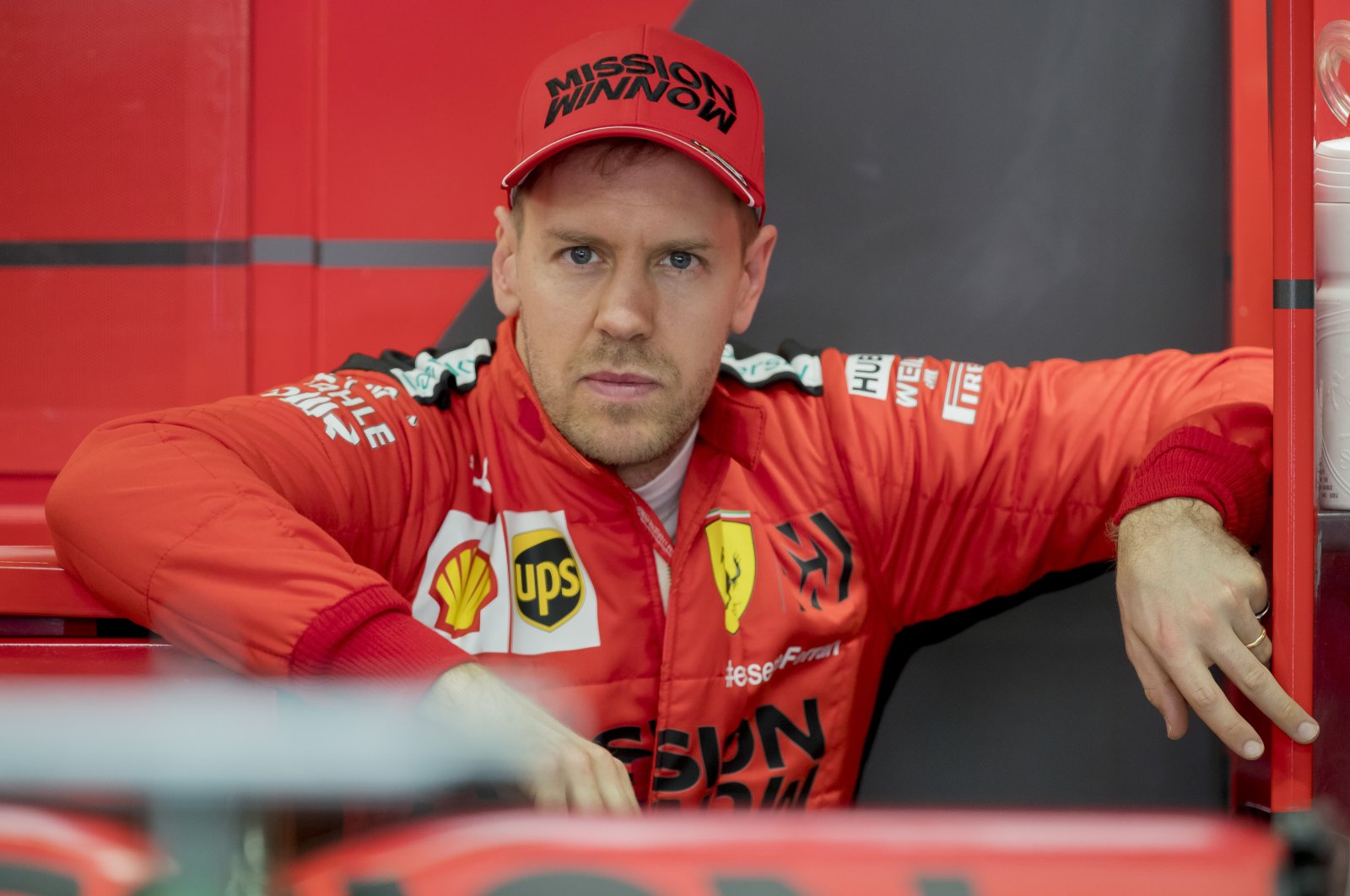 Sebastian Vettel stands at his box during the Formula One preseason testing session at the Barcelona Catalunya racetrack in Montmelo, outside Barcelona, Spain, Feb. 21, 2020. (AP Photo)
by Associated Press May 12, 2020 12:28 pm
RECOMMENDED

Four-time Formula One champion Sebastian Vettel is leaving Ferrari at the end of the year by mutual consent.

“In order to get the best possible results in this sport, it’s vital for all parties to work in perfect harmony,” Vettel said on Tuesday. “The team and I have realized that there is no longer a common desire to stay together beyond the end of this season."

“Financial matters have played no part in this joint decision,” Vettel said. "That’s not the way I think when it comes to making certain choices, and it never will be.”

The 32-year-old German driver joined Ferrari in 2015 to replace Fernando Alonso but was unable to add to the world championship titles he won at Red Bull.

The F1 season was suspended in March because of the coronavirus pandemic, three days before the first scheduled race in Australia.

Of Vettel's 53 career wins, only 14 came with Ferrari, including only one last year.

Vettel led the championship at the halfway stage in 2017 and 2018, but a series of clumsy mistakes — including one from pole position and another while comfortably leading the race — proved costly. Vettel was also not helped by erratic and sometimes conflicting team orders, although by the same token his win last year at Singapore was because orders went in his favor over Charles Leclerc.

The speedy rise to ascension of Leclerc at Ferrari proved difficult to handle for Vettel last year. Despite being in his debut season with Ferrari, and only his second in F1, Leclerc won more races than Vettel and even beat world champion Lewis Hamilton 7-5 for most pole positions.

It led to tension within Ferrari, which reached a breaking point in November when the drivers crashed into each other at the Brazilian GP.

Leclerc made a clean overtaking move on Vettel down the inside, and Vettel tried to reclaim his position by moving on the outside of Leclerc’s car. They touched wheels and both cars went out of the race. This prompted an angry reaction from Ferrari management, especially as they were contesting only fourth place in the race.

Vettel finished a dismal fifth overall in the championship race, beaten by Leclerc and Red Bull’s Max Verstappen, who finished third behind the Mercedes pair of Valtteri Bottas and Hamilton.

Leclerc, just as quick and 10 years younger than Vettel, was clearly seen as the Italian manufacturer’s future. He signed a new deal until the end of 2024 while Vettel’s was still on hold.

Ferrari team principal Mattia Binotto gave his backing to Vettel last month, when saying “we appreciate him so much.”

But negotiations stalled in recent weeks.

“It was not an easy decision to reach, given Sebastian’s worth as a driver and as a person,” Binotto said. “There was no specific reason that led to this decision, apart from the common and amicable belief that the time had come to go our separate ways in order to reach our respective objectives.”