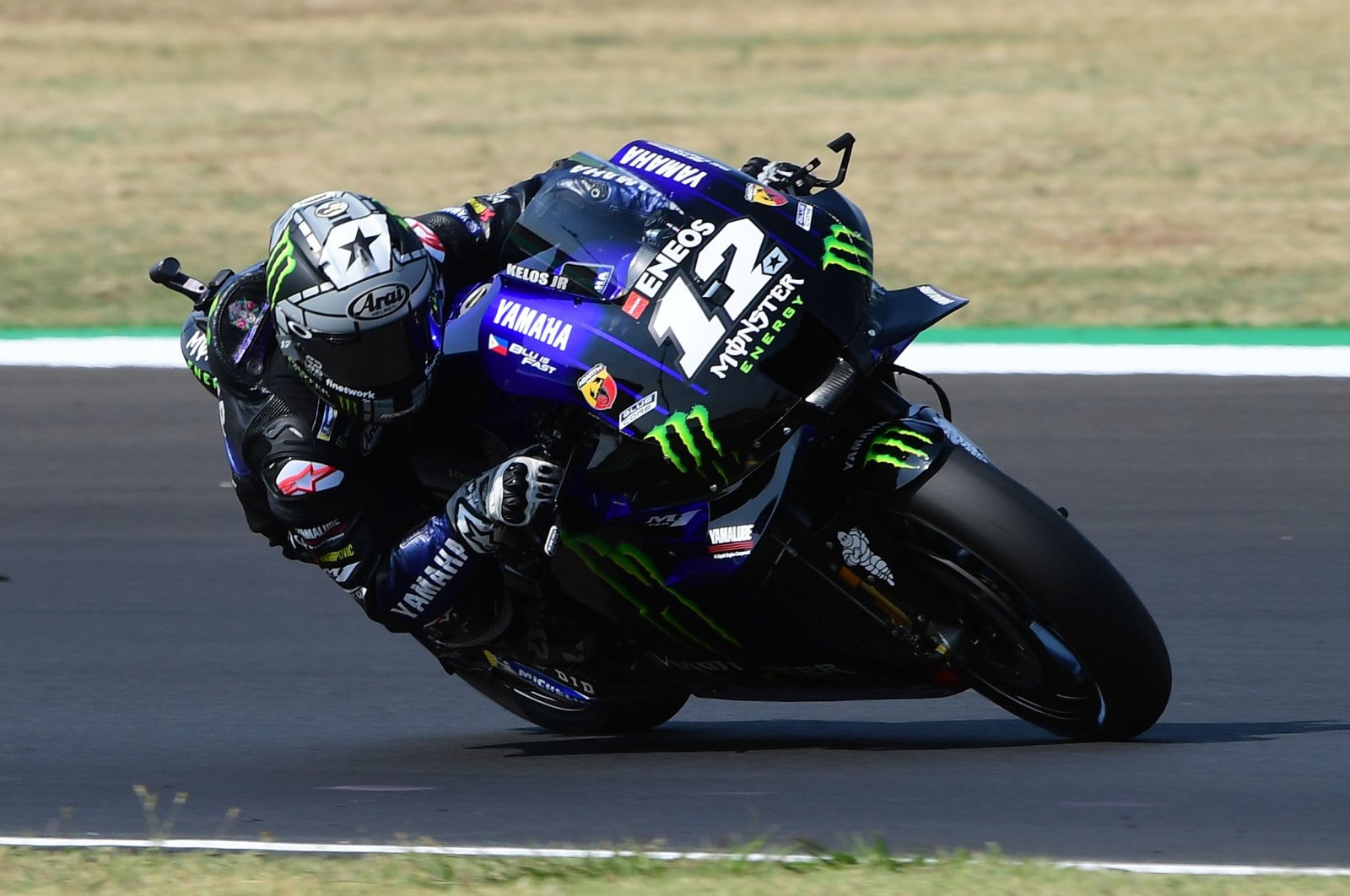 Pole-sitter Vinales got off to a slow start but finished strongly to clock a time of 41 minutes, 55.846 seconds and beat fellow Spaniard Joan Mir of Suzuki by 2.425 seconds.

KTM rider Pol Espargaro was moved up to third to make it an all-Spanish podium when Petronas Yamaha's Fabio Quartararo was handed a three-second penalty for exceeding track limits.

"Amazing job this weekend, we prepared really good ... Pecco (Bagnaia) was really fast. I tried to save the tires for the last 10 laps and started to push at the end of the race," Vinales said.

"After he made a mistake, I tried not to crash and take the maximum points. It feels fantastic, I'm very happy ... we need to continue like this because we have a lot more potential."

Bagnaia was denied the chance to start at the head of the grid despite setting a record lap on Saturday as he exceeded track limits and the Italian hit the tarmac on lap 20 after losing control of his bike at Turn 6.

The first seven rounds of the COVID-19-hit season have produced six different winners, with Quartararo taking the opening two races in Jerez, Spain.

Ducati's Andrea Dovizioso finished eighth to cling on to the world championship lead with 84 points, a point ahead of Quartararo and Vinales.