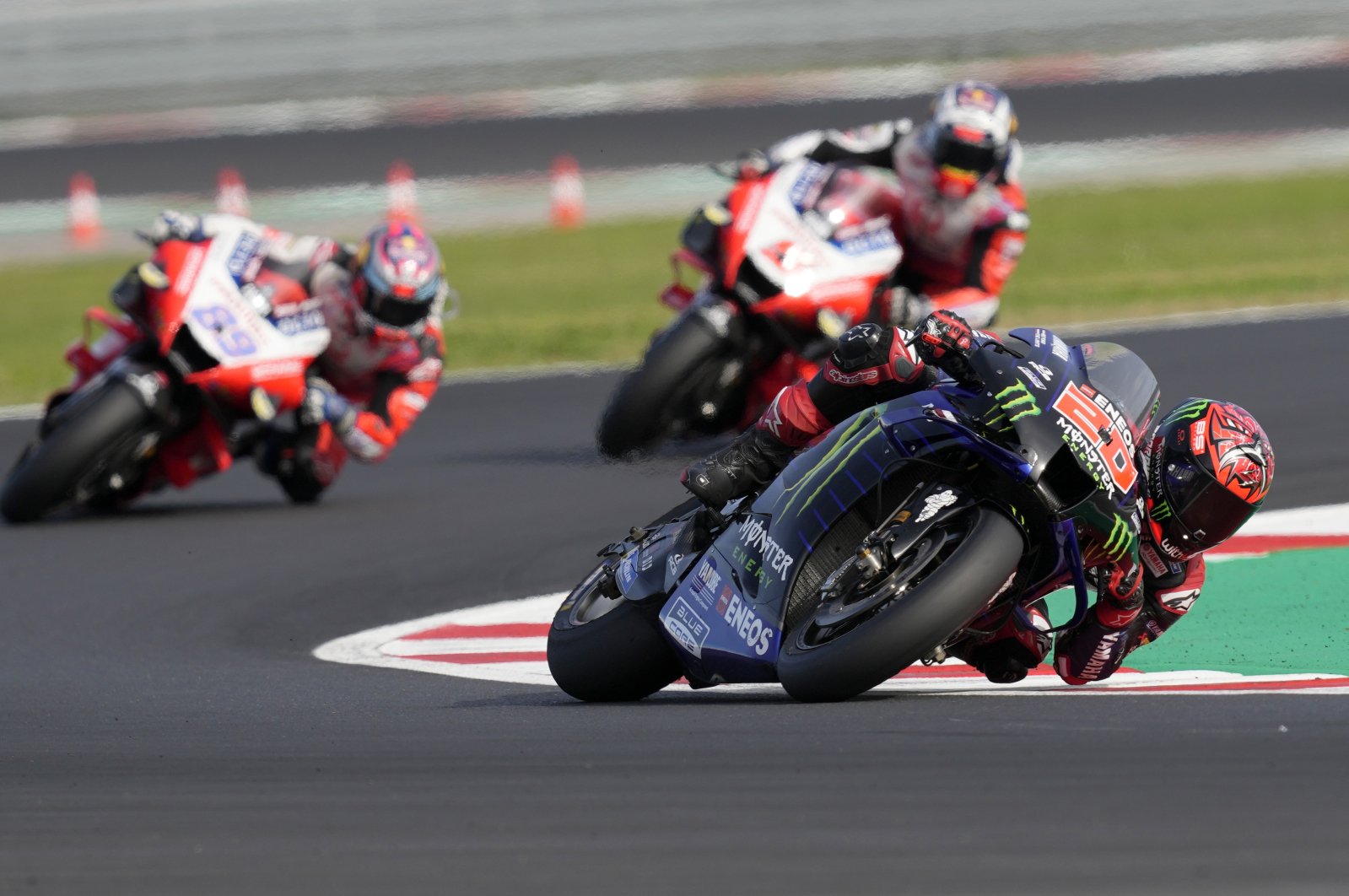 Bagnaia, who was 52 points behind Quartararo heading into the race, was leading when he fell with just a few laps remaining to hand the Frenchman his country's first-ever MotoGP championship.

Quartararo, 22, now leads Bagnaia by 65 points meaning he can no longer be caught by his Ducati rival and guarantees a first riders' title for his team since 2015.

"It feels good to also have my family with me, we will enjoy a lot tonight and until the end of the season."

Quartararo's win comes in his third season in MotoGP, the first with Yamaha's factory team after two years with the SRT satellite outfit.

Of the 16 MotoGPs he has contested this season, he has claimed 10 podiums, including five victories.

Quartararo surged from 15th on the starting grid to finish fourth on Sunday behind race winner Marc Marquez, who had been pursuing Bagnaia for almost the entire race.

"Today is not my day but Fabio's," said Marquez.

"I want to congratulate him. He deserves it as he has done an incredible job this season."

Italian rider Bagnaia's job was made harder just three laps into the race when his teammate Jack Miller, who started from second on the grid, skidded off the track.

The Australian was protecting Bagnaia from attacks from six-time MotoGP champion Marquez, who also won the Grand Prix of the Americas in the last round.

However, after starting the race in pole position he had the win, and the chance to extend the title tussle by another race, in his sights before flying off the track to hand the title to Quartararo and a second win of the season to Marquez.

Sunday's race was also Valentino Rossi's last MotoGP in Italy ahead of retirement at the end of the season, and he placed a creditable 10th on his final bow at his home track of Misano.