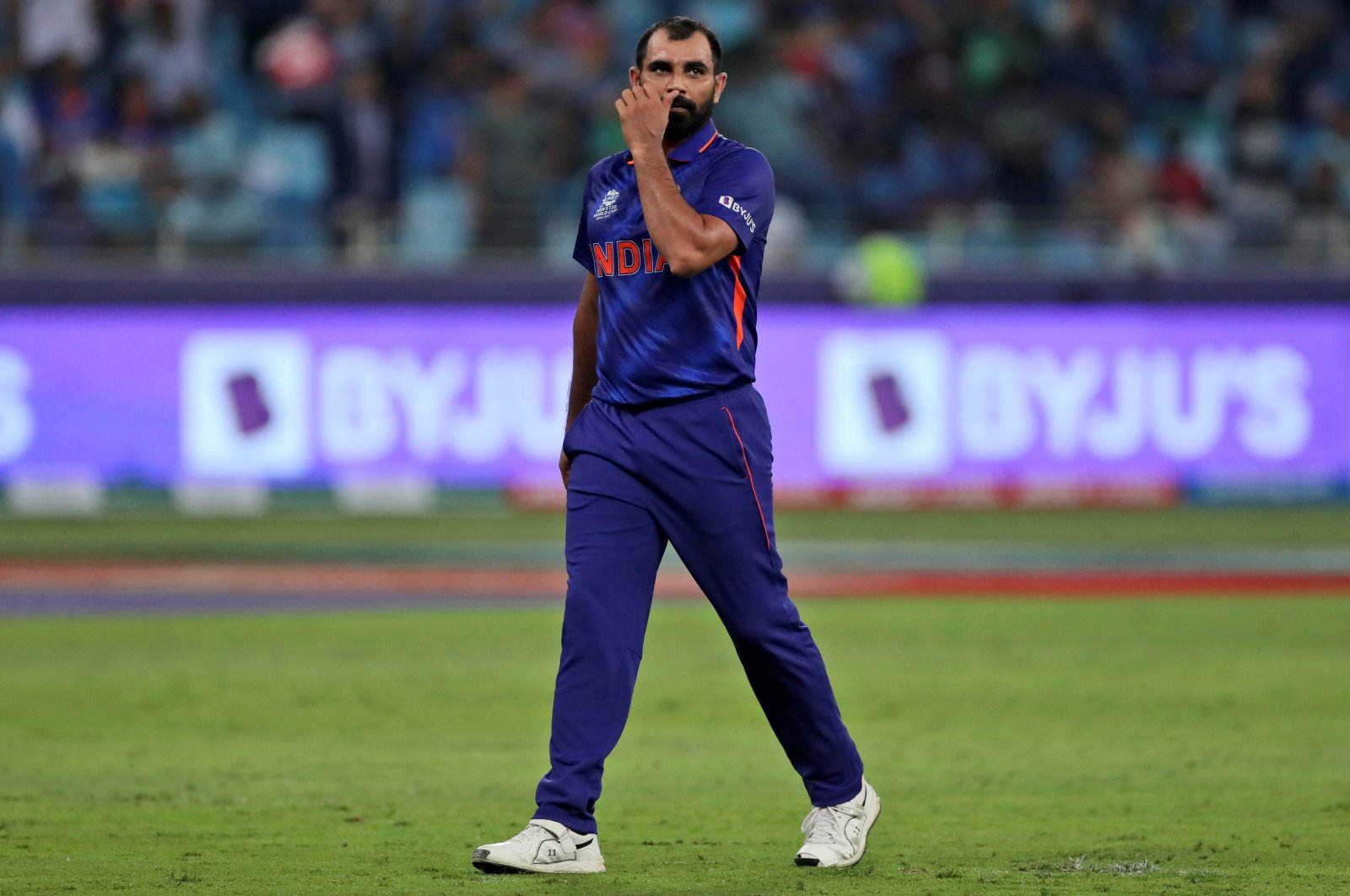 Indian pacer Mohammed Shami, the only Muslim player in the national cricket team, faced a barrage of abusive messages following his side’s loss against archrival Pakistan in the Twenty20 World Cup on Sunday.

Violence against Muslims in India was also reported after the emphatic 10-wicket win, Pakistan's first against India at any World Cup.

Cricket clashes between Hindu-majority India and Muslim-majority Pakistan frequently heighten tensions between the neighbors, who have fought three wars since their independence in 1947.

The 31-year-old Shami became the main target after conceding 43 runs from his 3.5 overs in the defeat in Dubai, even though India captain Virat Kohli acknowledged that his side had been "outplayed."

Hundreds of messages were left on Shami's Instagram account saying he was a "traitor" and should be thrown out of the Indian team.

But many fans and politicians also urged support for him, calling on Indian players to reject the hate messages just as they had backed the Black Lives Matter (BLM) movement by taking a knee.

"Team India your BLM knee-taking counts for nothing if you can't stand up for your teammate who is being horribly abused and trolled on social media," Omar Abdullah, a former chief minister in the Muslim-majority region of Kashmir, said on Twitter.

"Ignore the haters, most of India's grateful for your effort," said another supporter on Instagram.

People set off celebratory gunfire in the Pakistani cities of Islamabad and Karachi after the famous win, while hundreds ignited firecrackers in Muslim-majority Indian Kashmir.

Gautam Gambhir, a former India Test cricketer, who has become a lawmaker for the ruling Hindu nationalist Bharatiya Janata Party (BJP), said it was "shameful" that people were celebrating Pakistan's win.

Former India players, in the meantime, rallied around Shami on Monday.

Indian batting legend Sachin Tendulkar in his message of support on Twitter wrote: "When we support #TeamIndia, we support every person who represents Team India. @MdShami11 is a committed, world-class bowler. He had an off day like any other sportsperson can have. I stand behind Shami & Team India."

When we support #TeamIndia, we support every person who represents Team India. @MdShami11 is a committed, world-class bowler. He had an off day like any other sportsperson can have.I stand behind Shami & Team India.

"The online attack on Shami is shocking and we stand by him. He is a champion and anyone who wears the India cap has India in their hearts far more than any online mob. With you Shami," former India opener Virender Sehwag wrote on Twitter.

Former India batsman VVS Laxman reminded fans that Shami had been a "stellar performer" for India for eight years and helped them win many matches.

"He can't be defined by one performance. My best wishes are always with him. I urge fans and followers of the game to support @MdShami11 and the Indian team," Laxman wrote in a tweet.

Mohammed Shami has been a stellar performer for India for eight years, playing a significant role in many a victory. He can't be defined by one performance. My best wishes are always with him. I urge fans & followers of the game to support @MdShami11 and the Indian team.

Former India pace bowler Irfan Pathan, who is also Muslim, said he was angered by the abuse.

"Even I was part of #IndvsPak battles on the field where we have lost but never been told to go to Pakistan," Pathan said on Twitter. "THIS CRAP NEEDS TO STOP."

Another former paceman Venkatesh Prasad added: "355 international wickets. It is India that beats in the heart of anyone representing India.

"And Shami has been an outstanding and yet unsung servant of Indian cricket. More power to him."

355 International wickets. It is India that beats in the heart of anyone representing India. And Mohammad Shami has been an outstanding and yet unsung servant of Indian cricket. More power to him.

In the Punjab state, students from Muslim-majority state Kashmir said they were beaten up following the defeat.

A student at an engineering and technology institute said dozens of men armed with hockey sticks and batons attacked them as they watched the closing stages of the game.

"They entered our room, switched off the lights and beat us. They destroyed our laptops," the student told the Agence France-Presse (AFP), speaking on condition of anonymity because of fears of more trouble.

"We are safe now and we have support from our college. But, we didn't expect this at all. We are Indians."