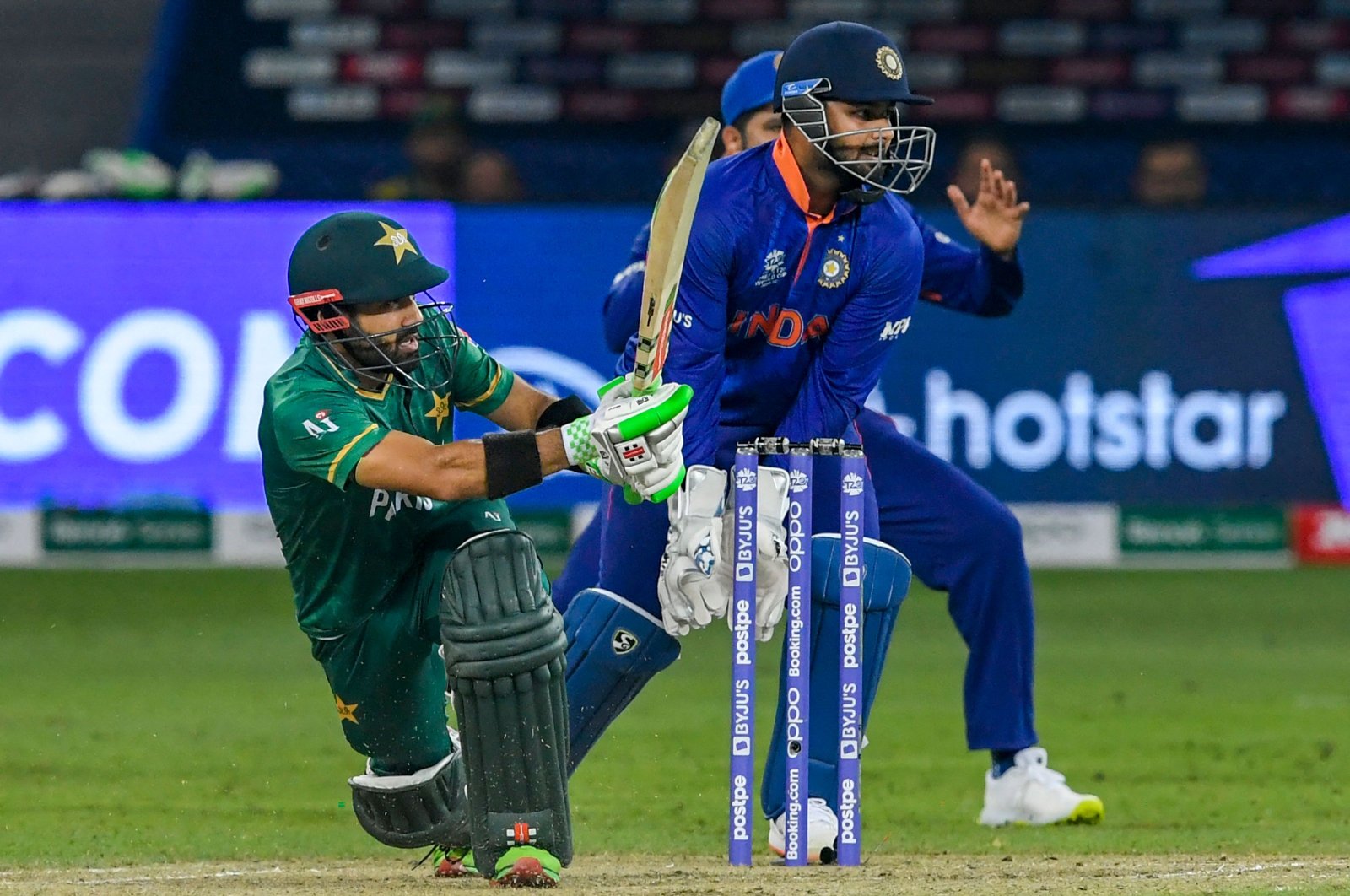 Captain Babar Azam led from the front as he partnered with Mohammad Rizwan to help Pakistan thump India by 10 wickets Sunday, securing a first win over its archrival in a Twenty20 World Cup.

Chasing 152 for victory, Babar (68) and Rizwan (79) took apart the Indian bowling as they steered their team home with 13 balls to spare in Dubai.

Left-arm quick Shaheen Shah Afridi set up victory – Pakistan's first over their neighbors in six attempts in the tournament – with bowling figures of 3-31 that restricted India to 151-7, despite a valiant 57 from skipper Virat Kohli.

"This is the first time we've beaten India and I feel proud," said Afridi.

"I knew it would be good for us if I got early wickets and that worked out. My idea was to get as much swing as possible.

"You don't get a lot here, but I wanted to get those breakthroughs and gave it 100%. In my opinion, the new ball was difficult to play, so credit goes to Babar and Rizwan."

Babar and Rizwan went on the attack from the start with boundaries inside the powerplay – the first six overs when only two fielders are allowed outside the inner circle – to set the tone for their chase.

The dew did not help the Indian bowlers, who regularly wiped the moisture off the ball with their towels while the openers kept the score ticking and got the occasional fours and sixes.

The batting pair kept up the charge as Babar reached his fifty with a six off spinner Varun Chakravarthy to get the Pakistan supporters dancing with joy.

Rizwan raised his fifty with a boundary off pace bowler Jasprit Bumrah and then raced past his captain, hitting six fours and three sixes in his 55-ball knock.

Babar hit the winning runs to turn a new page in the Pakistan-India rivalry.

"We did not execute the things that we wanted to but credit is certainly due – they outplayed us today," admitted Kohli.

"They were very professional with the bat as well but we're certainly not a team that presses the panic button, it's the start of the tournament, not the end."

Earlier Afridi returned figures of 3-31 after a lethal first spell to hurt India who elected to field first in the Super 12s encounter watched by 20,000 in the stadium and a global TV audience of hundreds of millions of fans.

Kohli scored his 29th T20 fifty to help the team rebuild before being caught behind off Afridi as Pakistan dismissed the star batsman for the first time in a T20 World Cup game.

Afridi struck the first blow with an express delivery that swung in to trap Rohit Sharma lbw for a first-ball duck.

Kohli walked in amid raucous applause from the Indian fans, who were soon silenced by another ripper from Afridi in his second over.

The 1.98-meter (6 feet 49 inches) bowler got KL Rahul with a delivery that came in sharply to take the batsman's thigh pad and rattle the stumps.

Kohli and new batter, Suryakumar Yadav attempted to hit back with some positive shots as they smashed Afridi for a six each.

Wicketkeeper Rizwan then pulled off a superb diving catch to cut short Yadav's stay at the wicket with quick bowler Hasan Ali striking in his first over. Yadav made 11.

Rishabh Pant joined Kohli in the middle and the left-right batting pair rebuilt the innings and took India to 60-3 at the end of 10 overs.

Pant, a wicketkeeper-batsman who survived a close caught behind call off one of his attempted reverse sweeps, kept up the charge with adventurous strokeplay.

He hit Ali for two successive sixes but finally fell to Shadab Khan's leg spin in the next over, top-edging a ball that went high and into the hands of the bowler.