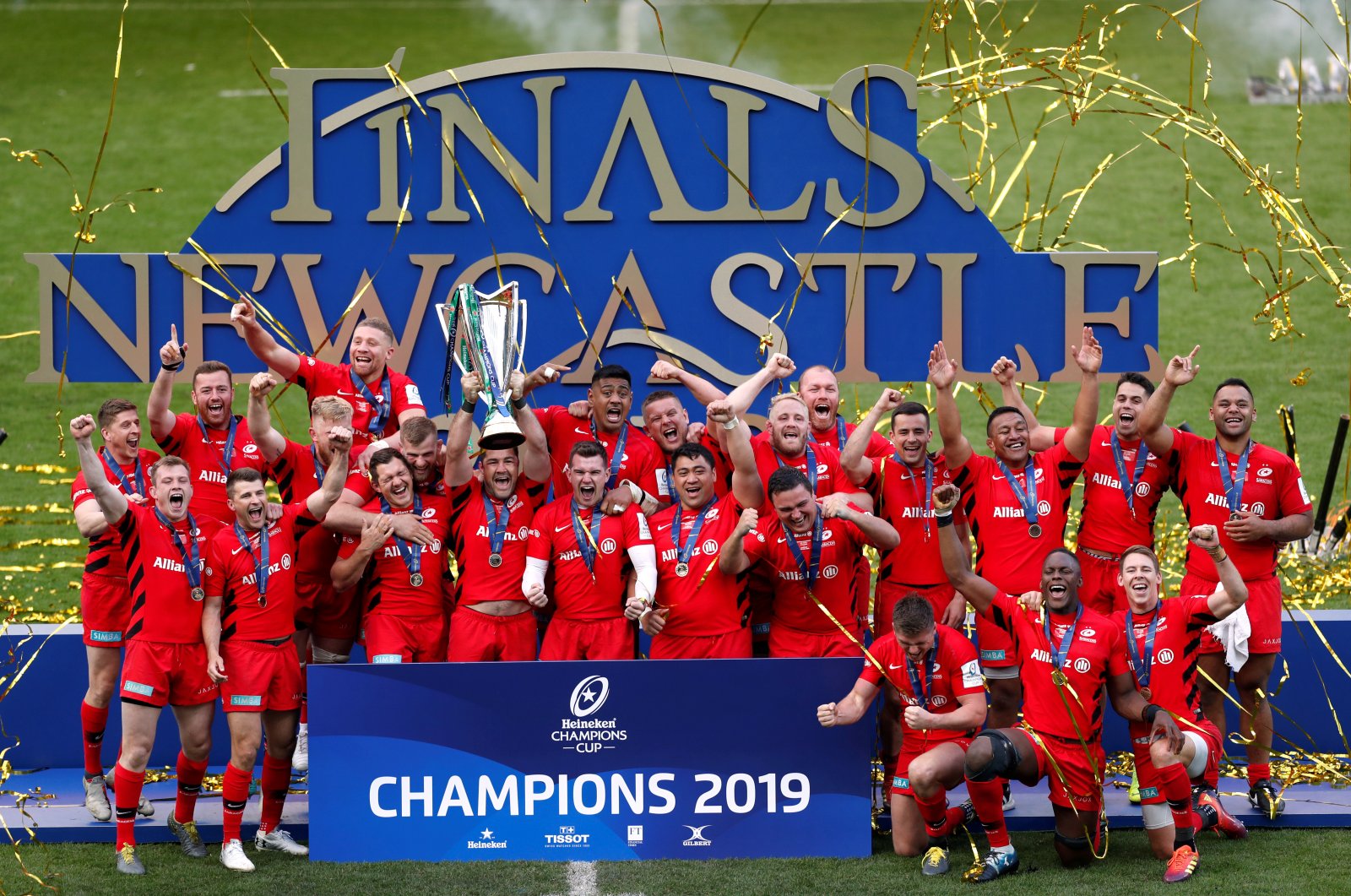 It will be played a day after the final of the second-tier Challenge Cup.

Marseille remains the scheduled venue for both matches but this could change depending on restrictions imposed due to the coronavirus pandemic.

European rugby union is yet to resume after going into lockdown in March as COVID-19 spread across the continent.

However, European Professional Club Rugby (EPRC) agreed revised dates for the knockout stages of their competitions at a board meeting on Wednesday.

"EPCR remains committed to staging the matches in Marseille," a statement said Thursday.

"However, the situation is under review in light of public gathering and international travel restrictions which might be in place at the time of the finals."

At present, under regulations that will come into force on July 11, gatherings of no more than 5,000 people will be allowed in France at sporting events.

The competitions will resume with the quarter-finals on the weekend of Sept. 18 with the semi-finals the following weekend.

EPCR added that they had also discussed a new format for the club competitions for next season due to the "widespread fixture disruption caused by the COVID-19 pandemic."

"A 24-club Heineken Champions Cup with eight representatives from each of Europe's leading league competitions is one of the options under discussion," they said.

"Any changes would apply to next season's tournaments, which are scheduled to start on the weekend of 11/12/13 December, only on an exceptional basis."

But with postponed international matches potentially taking place from October-December this year, with a little break until the 2020/2021 season is scheduled to start, top players face the prospect of a grueling schedule.

World Rugby's ruling council is set to hold a vote on the global calendar on June 30.