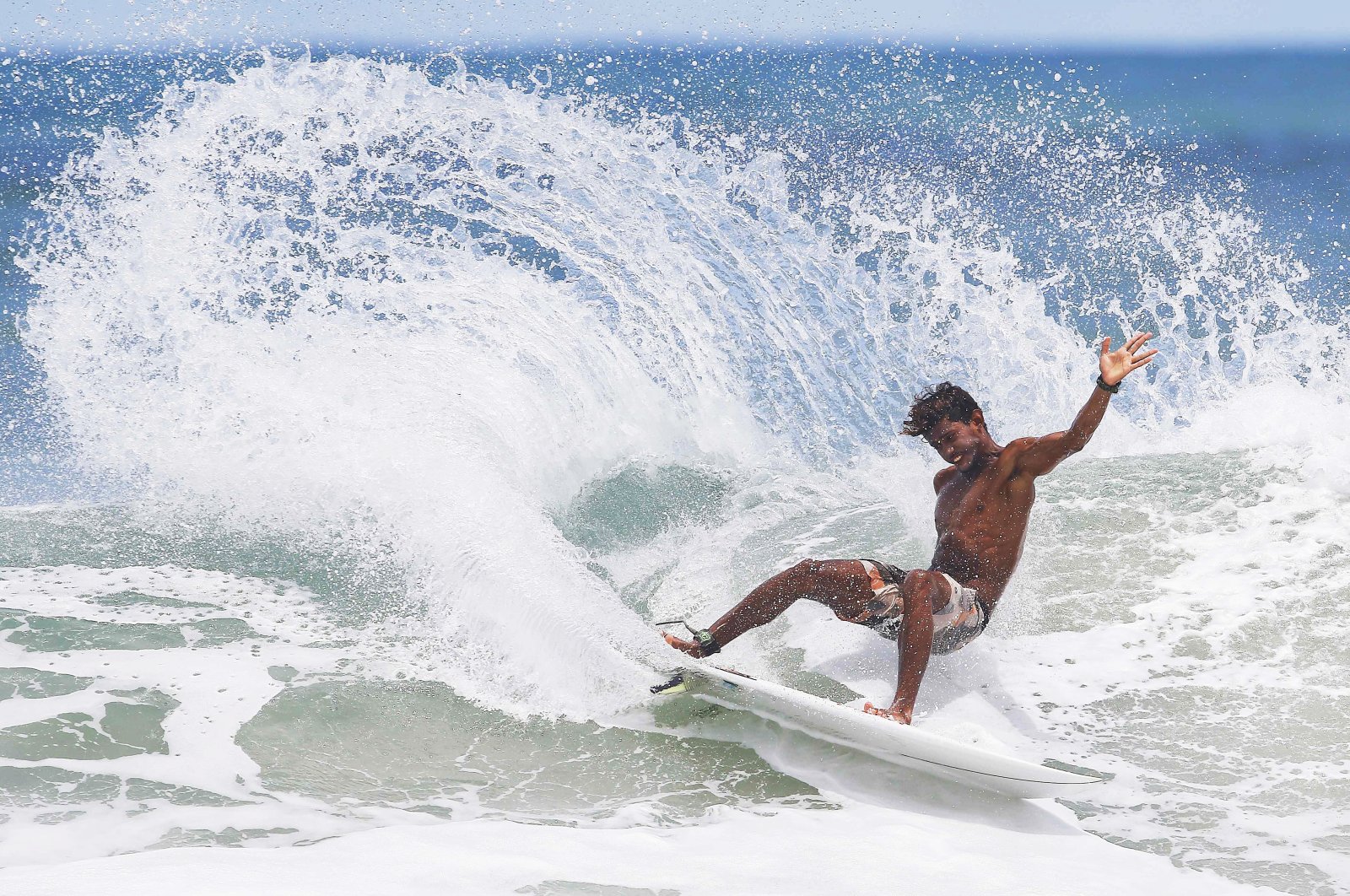 In its attempt to promote "youth-oriented sports" and make "gender equality a big focus," the Tokyo 2020 Olympics will feature six sports that were not on the program in Rio, as well as adding four fresh disciplines in existing sports and a string of mixed events in traditional sports.

While the Olympics emphasize their history, they also try to refresh the program to broaden the appeal, include sports that are popular in host nations and to reflect changing attitudes.

Two of the incoming sports, baseball and softball, are hardly new to the Olympics. Baseball made its first appearance in 1904 in St. Louis, softball in 1996. Both were dropped in 2008, victims of the constant battle to control the number of competitors at the Games.

A change in approach by the IOC, aimed at increasing the number of sports from Tokyo onwards, eased the way for baseball and softball to return.

Overall, Tokyo will offer more sports as well as more chances to win gold, with a record 339 medal events.

Yet, while the IOC predicts that a record 11,091 athletes will take part, some sports, particularly the newcomers, have small allocations.

There will be just 18 BMX Freestyle competitors, 40 surfers and 16 four-member 3x3 basketball teams.

As part of the attempt to lure in a younger audience, skateboarding follows snowboarding, which was added to the Winter Olympic program in 1998.

Reflecting the sport's roots, there will be park and street events. Park skateboarding will take place in a bowl and emphasize flow and tricks. The street competition will run over a course that includes street obstacles such as stairs and rails.

The wave riders will take the Olympic plunge at Tsurigasaki Beach, 100 kilometers west of Tokyo on the Pacific coast. The event will open with 30-minute heats in which four or five surfers battle for peaks of promising waves and conclude with a series of two-competitor rounds. While competition is due to start on July 25 and run for four days, the dates are fluid to allow organizers to wait for better waves.

Rope climbing was part of the gymnastics program at the first modern Olympics in Athens in 1896, it last appeared in 1932 and clambers back in a very different format and as a separate sport.The competition will be held on three specially built walls, two of 15-meter flanking one of 4.5 meters, at the Aomi Urban Sports Park. The short wall is for bouldering, which involves climbing fixed routes. One higher wall is for speed climbing, a two-person race to the top. The other is for lead, in which climbers race the clock.

The Japanese sport making its Olympic debut, at the suggestion of the hosts, evolved on the island of Okinawa.

There will be two competitions.

In kata, individuals demonstrate their mastery of defensive and attacking moves they have chosen from the 102 recognized by the sport. Competitors are judged on "strength, speed, rhythm, balance and power of strikes and kicks; the solidity, clarity and force of movements; and the proper expression of the meaning of each technique with beautiful, flowing motion".

The venue is the Nippon Budokan, which was built for the 1964 games, where it was home to judo, and in 1970 hosted the first-ever World Karate Championships.

Trick cycling is also coming to the Olympics with BMX Freestyle joining BMX Racing, which has been part of the Games since 2008.

The sport will use the BMX park format. Riders have 60 seconds to perform acrobatics on obstacles such as walls and ramps known as boxes and spines. They are marked on difficulty, originality, execution, height and creativity.

Like skateboarding, basketball is taking it to the streets in Tokyo with the addition of men's and women's three-on-three competitions.

The playground variation is played half-court using one basket. Games end when one team reaches 21 points (there are no 3-pointers) or after 10 minutes.

Several traditional sports are mixing up the genders with events in which both men and women compete.

In all three, teams will be made up of two men and two women. In swimming, they will compete in a 4x100m medley, in athletics in a 4x400m relay and triathlon in the shorter sprint format.

There will be mixed pairs competitions in air pistol, air rifle and trap shooting and in archery.

Judo will have a team event with three men and three women, from different weight classes, in each team.