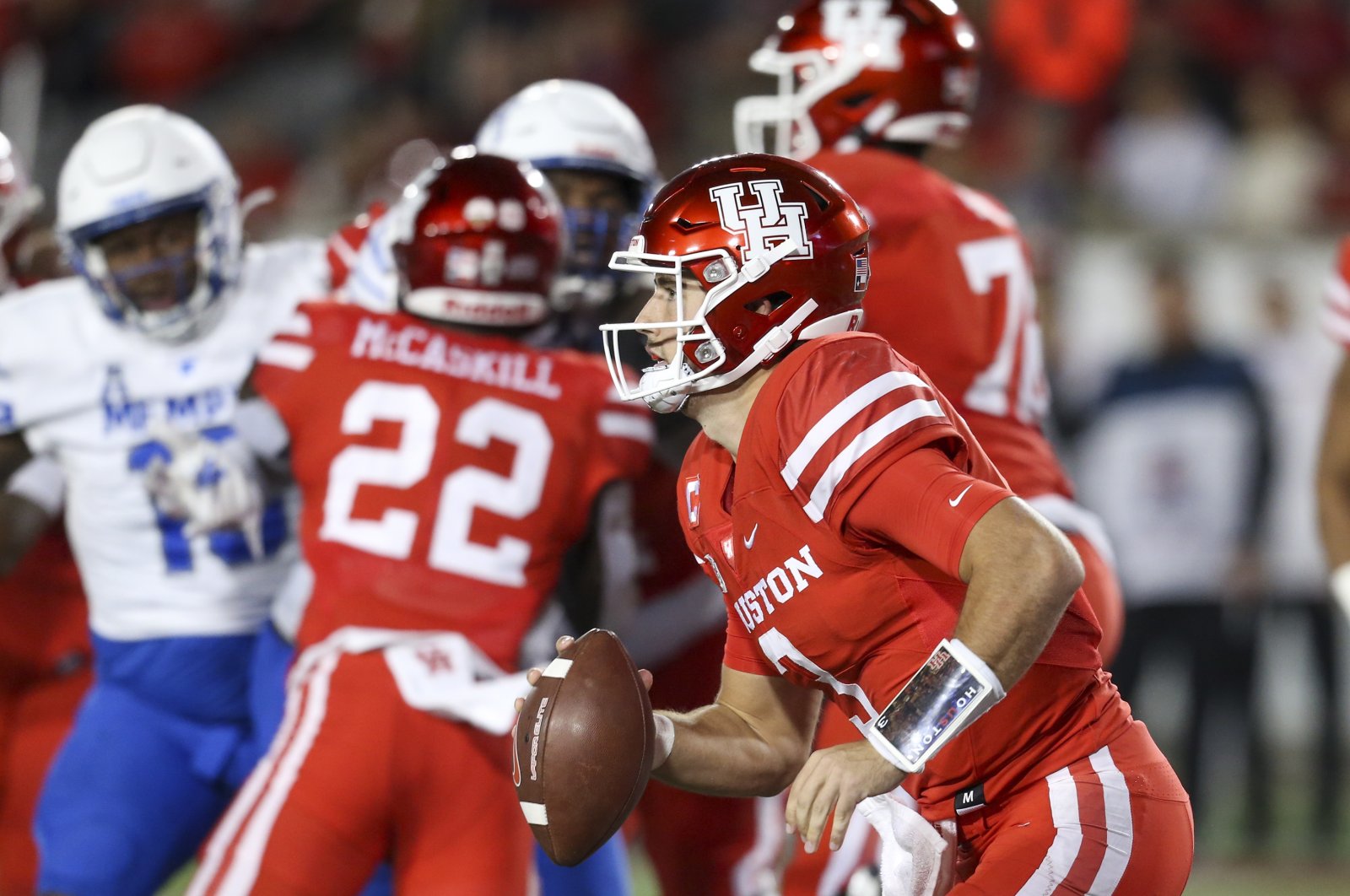 The Cincinnati Bearcats (No. 2 AP, No. 5 CFP) will need all the help they can get in these finals weeks of the season if they have any hope of being the first non-Power Five team to make the College Football Playoff, and the Houston Cougars did their part on Friday night to potentially add to the Bearcats' strength of schedule.

Clayton Tune threw for 264 yards and a touchdown and ran for another score as No. 17 Houston extended its winning streak to 10 games with a 31-13 victory over Memphis on Friday night.

Tune tossed a 19-yard touchdown pass to Nathaniel Dell in the second quarter but was picked off twice, the first snapping a streak of 192 attempts without an interception. The QB also rushed for 59 yards, including a 20-yard touchdown as the Cougars (10-1, 8-0 American Athletic Conference) built a 21-3 lead at halftime.

Asa Martin caught a 5-yard touchdown pass from Henigan, and David Kemp made a 22-yard field goal to cut the lead to eight early in the fourth quarter.

Following two straight three-and-out drives by Memphis, Dalton Witherspoon connected on a 34-yard field goal with 3:24 remaining to put Houston up by 11.

Memphis: The Tigers closed within eight and had momentum, but could not finish, gaining 23 yards in the fourth quarter. Memphis finished 2 for 14 on third downs and 2 for 4 on fourth downs.

Houston: Marcus Jones had two interceptions, his fourth straight game with at least one pick. The Cougars were called for 11 penalties totaling 122 yards, including an unsportsmanlike conduct penalty on coach Dana Holgorsen.

The Cougars should at least maintain their position in the poll.