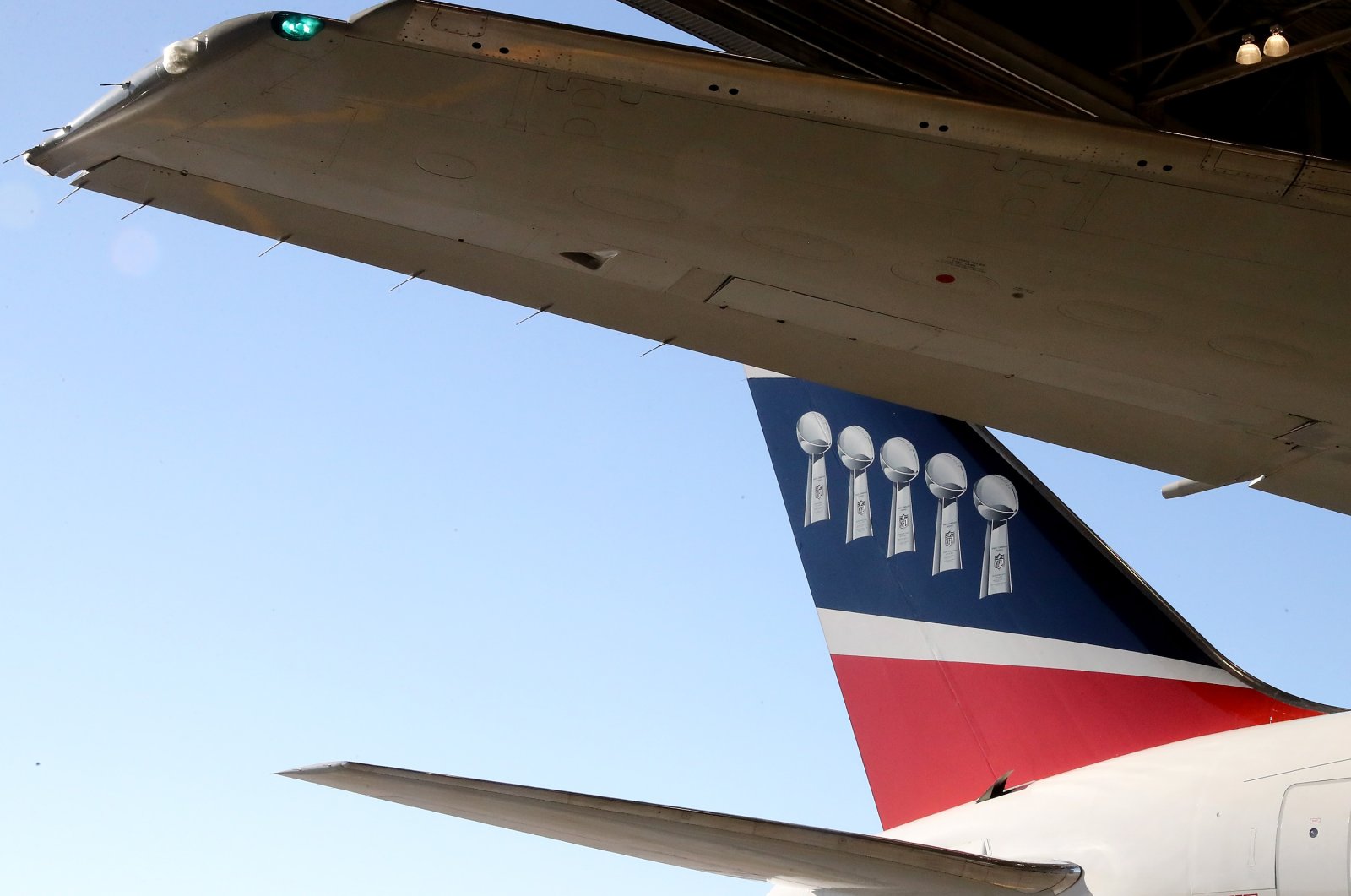 The tail of the New England Patriots plane as it arrives for Super Bowl LII at the Minneapolis-St. Paul International Airport in Minneapolis, Minnesota, Jan. 29, 2018. (AFP Photo)
by REUTERS Apr 02, 2020 8:23 pm
RECOMMENDED

A call for help from Massachusetts Governor Charlie Baker prompted an unorthodox mission from the New England Patriots, who sent their team jet to China this week in order to retrieve 1.7 million N95 medical masks, the NFL said on Thursday.

A private jet was needed to expedite the shipment that would have otherwise taken weeks to arrive, the team said, as hospitals in hard-hit regions of the country struggle to access desperately needed supplies amid the coronavirus pandemic.

"It is an honor for our family to be a part of this humanitarian mission," team owner Robert Kraft said in a written statement.

"We knew that purchasing greatly-needed N95 masks and providing the Patriots plane to expedite their delivery to local hospitals would immediately help protect our courageous health care professionals."

The team told Reuters that 1.4 million of the masks, which were purchased in a partnership between the Kraft family and Governor Baker, will go to hospitals in Massachusetts. Another 300,000 purchased by Kraft will be sent to New York, the epicenter of the outbreak in the United States.

The first portion of the transport, aboard the plane that regularly shepherded the six-time Super Bowl champions across the country during the NFL season, is expected to arrive Thursday and the remaining stock next week.

"No days off," Baker wrote on Twitter, in reference to one of the team's unofficial slogans. "Huge thanks to the Krafts and several dedicated partners for making this happen."

The shipment comes as an increasing number of U.S. sports institutions are drawn into the fight against COVID-19. The U.S. Tennis Association said on Monday that its Queens facility, the site of the U.S. Open, would host a temporary, 350-bed hospital to help the city's strained resources.

Adored by fans for their on-field performances and reviled by critics for scandals such as the "deflategate" saga, the polarizing team was nonetheless cheered on across social media, even among fans of rivals the New York Jets.

"This is beyond teams and borders," wrote Twitter user MikeG37. "As a life long NY Jets fan, hats off to Mr. Kraft and the team business and aviation professionals making this possible!"