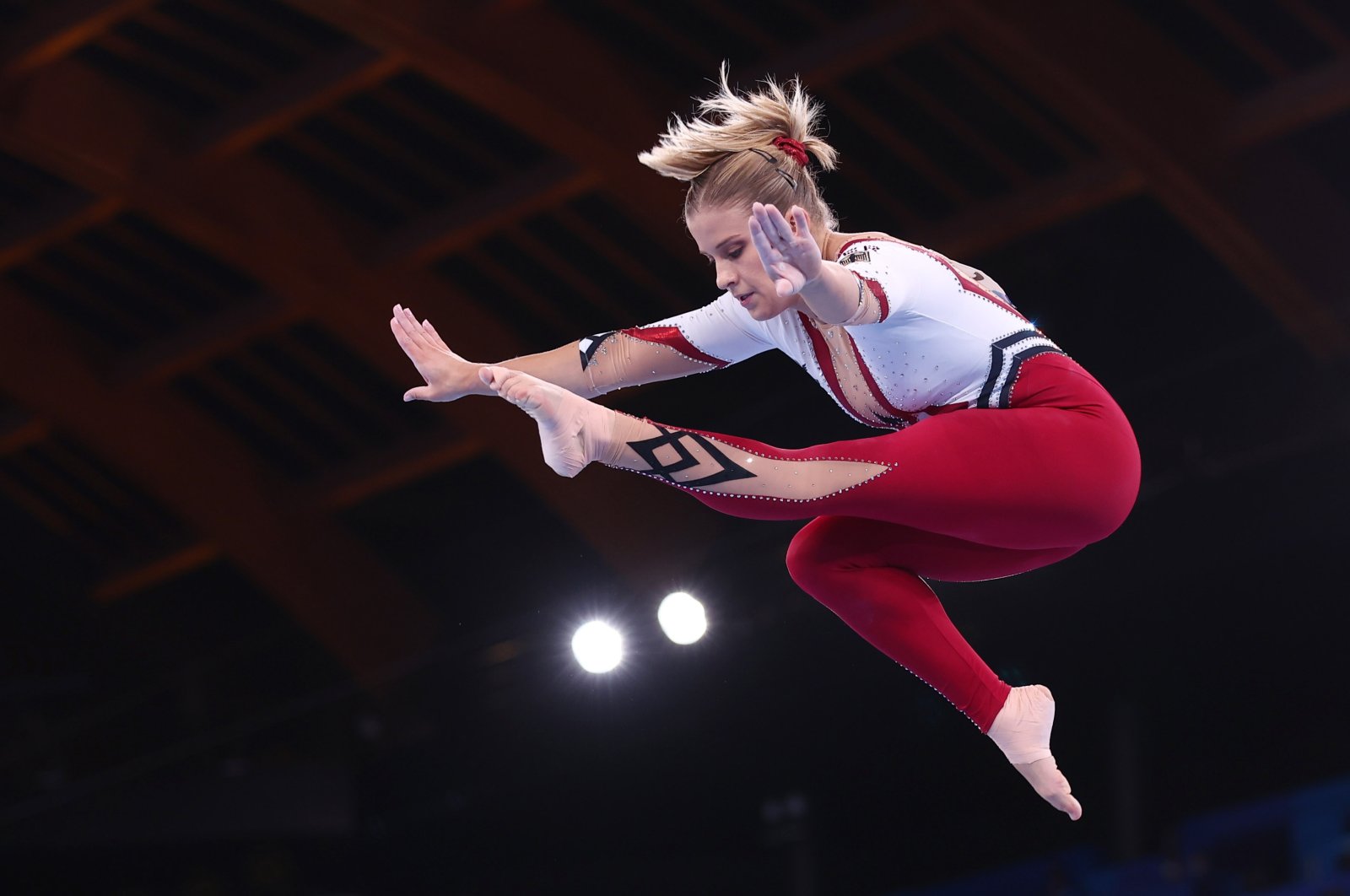 The German Olympic gymnasts’ decision to wear full-body suits and Norway women’s beach handball team ditching bikini bottoms in response to the constant sexualization of their sports have won widespread praise on traditional and social media.

Several German gymnasts had debuted the one-piece outfits, which cover all of their legs and most of their arms, at the European championships.

And the Olympic team were wearing them in training at the Ariake Gymnastics Centre earlier, with three-time Olympian Elisabeth Seitz saying it was "about what feels comfortable."

"We wanted to show that every woman, everybody, should decide what to wear," she said after Friday's training.

For decades, female gymnasts have worn bikini-cut leotards. The German team instead wore unitards, intending to push back against the sexualization of women in gymnastics.

The Tokyo Olympics are the first Summer Games since Larry Nassar, a former USA Gymnastics national team doctor, was sent to prison for 176 years for sexually abusing hundreds of gymnasts, including some of the sport's greatest stars.

At his sentencing, athletes – some of them Olympians – described how the sport’s culture allowed for abuse and objectification of young women and girls.

In the meantime, Norway's beach handball team was fined 1,500 euros ($1,764) for being “improperly dressed” after the women wore shorts instead of bikini bottoms at a European championship match in Bulgaria.

The European Handball Federation (EHF) said in a statement that its disciplinary commission had dealt with "a case of improper clothing" in the bronze medal match against Spain.

It added that the shorts were "not according to the Athlete Uniform Regulations defined in the IHF Beach Handball Rules of the Game."

The country's sports minister Abid Raja said it was "completely ridiculous" and attitudes needed to change.

The Norwegian federation said on Twitter it was proud of the women for standing up and saying enough was enough.

U.S. pop star Pink, a three-time Grammy Award winner, lauded the move and offered to pay the "sexist" fine, berating the organization and encouraging the players to carry on covering up.

"I'm VERY proud of the Norwegian female beach handball team FOR PROTESTING THE VERY SEXIST RULES ABOUT THEIR "uniform"" the "Get the Party Started" singer tweeted.

"The European handball federation SHOULD BE FINED FOR SEXISM. Good on ya, ladies. I'll be happy to pay your fines for you. Keep it up."

The full-body suits of Germany's Olympic gymnasts have struck a chord in Japan, with many applauding the freedom of choice in a nation where schoolgirls almost always wear skirts and high heels are still required in some offices.

Several women sharing bitter stories from their past on Japanese social media.

"I used to compete in rhythmic gymnastics, and there were always two middle-aged men at our meets who took photos only when we lifted our legs," wrote "Yuko" in a Twitter post.

"Leotards can be beautiful and convenient, but the fact that some people abuse them like this means the matter should be taken seriously."

Body-hugging, high-cut shorts for Japanese schoolgirls known as "bloomers" used to be a requirement in gym classes and were a source of embarrassment for generations of girls.

"We got up a petition to change the bloomers to shorts like the boys, but were told by our male teachers: 'Girls must wear bloomers! Absolutely!'" wrote Twitter user "Ste".

"Our pleas to wear shorts were completely unacceptable to the old fogeys who ran our school."

Many posting on social media said the sight of the German women performing powerful tumbling and uneven bar routines in their unitards was inspiring.

"The unitards are beautiful, and I love that they wore them at the Olympics," wrote Twitter user "Kodaiyumebuta".

"I oppose the society that sensualizes women's bodies. They are athletes, and they have given me courage."

Aiming to set the highest level of television standards, the head of broadcasting at the Tokyo Games is trying to banish overly sexualized images of female athletes.

"Sport appeal, not sex appeal” is one mantra Olympic officials push in an effort to reach gender equity on the field of play and on-screen."You will not see in our coverage some things that we have been seeing in the past, with details and close-ups on parts of the body,” Olympic Broadcasting Services chief executive Yiannis Exarchos said earlier Monday.

That can be difficult with state-of-the-art technology filming sports – such as beach volleyball, gymnastics, swimming, and track – where female athletes' uniforms can be scant and skimpy.

The International Olympic Committee does not govern those kinds of rules for individual sports, but it does run OBS and controls the broadcast output from Tokyo shown to the world.

"What we can do is to make sure that our coverage does not highlight or feature in any particular way what people are wearing,” Exarchos said.

To achieve this, the IOC updated "Portrayal Guidelines” to steer all Olympic sports and their rights holders toward "gender-equal and fair” broadcasts of their events.

Advice includes "do not focus unnecessarily on looks, clothing or intimate body parts” and reframing or deleting a "wardrobe malfunction ... to respect the integrity of the athlete.”